Another of the heroes of the philippine struggle for independence and awareness of their own identity.

Francisco Balagtas, after his baptism, also known as Francisco Baltazar, was a prominent poet, which is the Philippines considered some kind of William Shakespeare writing language tagalog and affecting the island's literature to the present day. Proof of the admiration for this author is the fact that in the contemporary language of tagalog, the word for poetry is derived from his name – then balagtasan.

He was born in the town of Bigaa in the province of central Bulacan. Balagtas from childhood he showed a lively interest in poetry and contemporary literature. After he moved to Manila began with their early texts. There are also acquainted with the excellent poet of that time Jose de la Cruz (known rather as Huseng Sisiw), who took as his disciple, and to develop skills that at a young Balthazar had. Under his influence also writing his first poetry collection Floranta at Laura, which has already the style and the style of writing fights against the then Spanish regulation. All the texts of the poems and literature of that time because they had to comply with strong restrictions imposed by the religious authorities - those insisting on such details as the structure of the text or the metrum. Balagtas decided to revolt in their own way and that so that the removed all the rules of poetry of the time and has set up a special type of "mobilization" of poetry. Together with the raised language of tagalog as the main language, which protested against the tyranny.

The focus of his poems was mainly the pursuit after viewing the everyday miseries and injustice, which must have a common Filipino suffer from the Spaniards. Also described the consequences of the evil that the violent occupation of the archipelago brought ostrovanům. His poems have become, even for today's time, one of the sources from where people draw and derive their moral values. I guess that's why it is no surprise that his poem Floranta at Laura is considered the best poem that ever was written. Balagtas is also referred to as "the King of poetry tagalogu"..
URL : https://www.armedconflicts.com/Balagtas-Francisco-t39694#151096Version : 0
von Fenstein 14 years ago 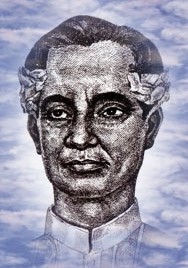