During the second world war served in the German field artillery light howitzer leichte Feldhaubitze 18 [le.F.H.18] and its improved and upgraded version of the leichte Feldhaubitze 18M and leichte Feldhaubitze 18/40. It was very carefully vyprojektovaná weapon with a large kinetic energy missiles designed especially for the fight in the middle distance. Design works allow for both fire support of the attacking troops and defensive fire, destroying the living force of the enemy, light field fortifications and silencing the enemy habitat of artillery.

Development
Design work on the howitzer began in 1928 in the company Rheinmetall. The cannon should first have the barrel of a 25 caliber, but to achieve better parameters was chosen length of 28 calibres, for lafetaci cannon was selected and adjusted versions of the structural work dalekonosného of the gun 7.5 cm WFK L/42. The tests and the different kind of researches continued until 1930. The gun got in the end the designation of 10.5 cm leichte Feldhaubitze 18. "18" was in the title to disguise that it was a new weapon - the impact of Versaiské of the contract.

10.5 cm leichte Feldhaubitze 18
She was a gun without the muzzle brake with the main length of 2941 mm [L/28]. (By today's standards would be included between the cannon howitzers). The barrel of the howitzer was of the monoblock bolted 32 right-handed threads on the breech. The breech was a wedge with a horizontal wedge.
For comparison, the barrel of the le.F.H.18 has been extended from mainly le.F.H.16 aż about 631 mm (6 calibers).
The initial velocity of the bullet when firing h. e. grenade increased compared to the le.F.H.16 about 75 m/s, therefore, on the 470 m/s. this speed was the maximum range of a cannon 10 400 - 10 650 m (howitzer le.F.H.16 nepřekračila 9 225 m).
Howitzers should lafetu with rozevíracími stabilizing the shoulders with a fold-away rydly and hydropneumatic brzdovratné device placed under the main in the upper part of the simple gears, the operation consisted of 5 soldiers.
The year 1936 was the cannon because of the hipotrakce 6 horses only wooden loukoťová wheels. Then she was lafetu mounted wheels cast from light metal with a diameter of 130 cm and a width of 10 cm with a 12 set holes. In the case of horse traction were on the wheels of steel hoops, to which it is subsequently possible to thread the elastic rubber band. In the case of diesel traction was used wheels with solid rubber tires.
For shooting used 6 different powder charges -"výmetnic". When firing h. e. grenade weighing 14,81 kg while varying the kind of the charges amounted to the following parameters ( muzzle velocity - range):
1. the casings 200 m/s - 3 575 m,
2. the casing 232 m/s - 4 625 m,
3. the casing 264 m/s - 5 760 m,
4. cartridge 317 m/s - 7 600 m,
5. the casing 391 m/s - 9 150 m,
6. the casing 470 m/s - 10 675 m.

Leichte Feldhaubitze 18M
Despite the fact that in the first months of the war howitzers fully confirmed its effectiveness, requested by the army within the larger range of the cannon. The simplest solution was to enlarge the initial speed of the projectile magnification launcher (dust filling the casings), which causes greater demands on the brzdovratné device cannons and simple gears. In 1940 he began to produce the howitzer with dual-chamber muzzle brake (M = Mündungsbremse, German muzzle brake). Brake zákluzu has been upgraded, got new valves and the designers have increased the pressure in the vratníku. Barrel length with muzzle brake was 3308 mm. weight increased by 55 kg. Specifically for le.F.H.18M was developed by tříštivotrhavý grenade 10,5 cm FH Gr Fern, of a weight of 14.25 kg, filled 2,1 kg of TNT, used for firing at maximum distance.
When the initial velocity of 540 m/s was the max. range 12 325 m. the Rest of TTD have been retained as in the le.F.H.18.

Leichte Feldhaubitze 18/40
Experience from the eastern front have shown that the cannon is too heavy - bad roads and their small density. Cannon lags as in the motor, so hipotrakci in the spring and the autumn Russian mud. In 1942 was fitting mainly l. e.FH 18 M on the bed and a post and anti-tank cannon 7,5 cm pak 40. The new hybrid was given the designation Leichte Feldhaubitze 18/40, a protective shield was taken from the l. e. FH 18. But later it turned out that the wheels of the Pak 40 have a small diameter, while shooting the top group of angles she was shooting considerably problematic. Further, when shooting podkaliberními shells of the 10,5 cm Sprgr 42 TS there was damage to the muzzle brake(eventually was vyprojektovaná new, more powerful). The weight of the guns has decreased by 250 kg, but mount Paku was designed for 1.5 t, so it was while shooting a howitzer greatly strained, so there were many technical glitches.

Production took place from 1935 until the end of WWII. First montovaly cannon races Rheinmetall-Borsig AG, later received the contract to various companies on the territory of the whole of Europe. The production of one howitzer le.F.H.18 came to the 3 200 working hours, the price of the gun was 16 400 RM. According to various sources it was in total in the years 1935-1945 made 21 000 howitzers le.F.H.18, le.F.H.18M and le.F.H.18/40. 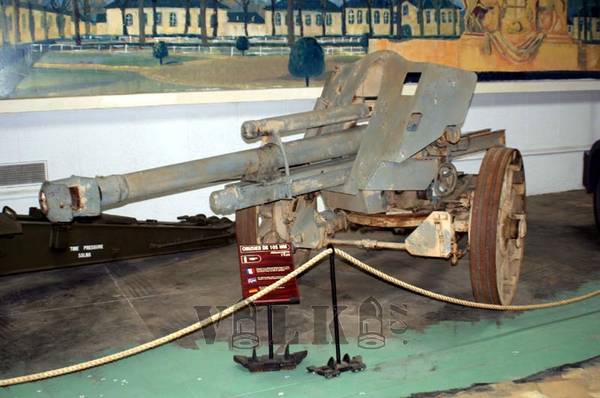 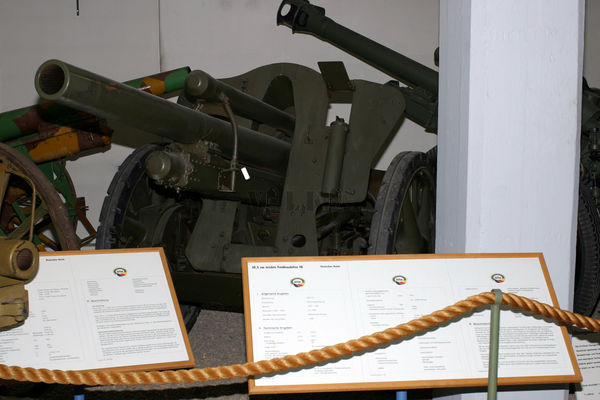 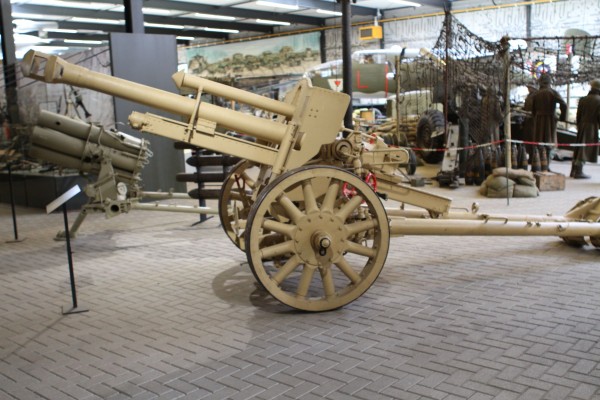 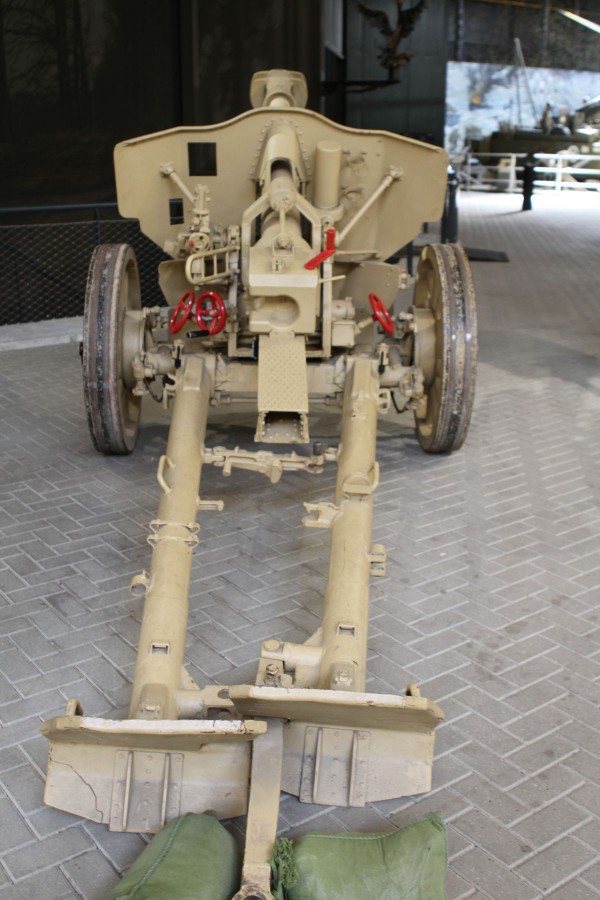 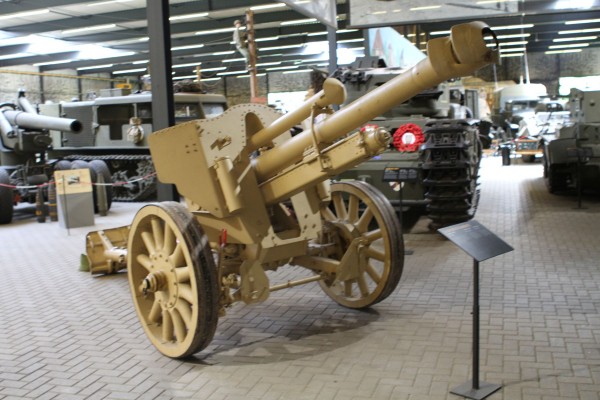