George Esmond Jameson was born on November 20, 1921 in Rotherham, North Canterbury, New Zealand. He joined the RNZAF in February 1941 and was sent to Great Britain after completing pilot training. Here he was sent to the 125th Squadron in June 1942.

Squadron No. 125 (Newfoundland) was established in Colerne on June 16, 1941 and was equipped with tower fighters Defiant Mk.I , which in October added machines version Mk.II. In February 1942, she began to rearm for Beaufighters Mk.IIF , without intervening on the Defiants, who stayed with her until May. The members of the squadron had their first success on the night of April 26-27, when R. White probably shot down a He 111 during a raid on Bath P / O and W / Cdr DV Ivins damaged Do 217 . The first confirmed victory was won by S / Ldr FD Hughes, when on the morning of June 27, 1942 he shot down a Ju 88 D over Hook Head. 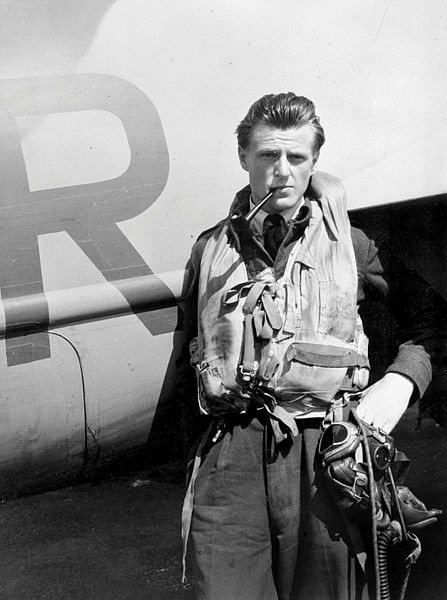 Jameson was successful for the first time on July 27/28. That night, the Luftwaffe sent over sixty of its bombers to raids Birmingham, Sheffield, Cambridge and Norwich. Many RAF fighters took off against the attackers, claiming a 9-4-7 victory. One He 111 contributed to the success of Jameson. However, the defensive fire from Heinkel was conducted effectively and damaged his plane, but the New Zealander was able to return safely to the airport. Jameson then credited another Heinkel to his account a week later. In September, the squadron rearmed to more combat-capable Beaufighters Mk.VIF and continued to defend the island kingdom. Jameson was successful on the new fighter on October 27/28, when he damaged the Ju 88 south of Sumburgh. The last success on both the Beaufighter and the 125th Squadron was won by Jameson on the night of February 15-16, 1943, when he defeated one Do 217. However, another member of his squadron, P / O HB Newton, claimed much more success, claiming a 2-1-1 victory.

For these achievements, Jameson was awarded the DFC and was followed by a well-deserved rest, which he spent as a shooting instructor. Jameson returned to action in January 1944, when he was sent to the 488th Squadron .

This unit was established in September 1941 and was sent to Singapore. When Japan entered the war, the squadron was not yet fully operational. The Brewster Buffalo Mk.I intervened in the fighting for the first time on January 12, 1942, which was soon supplemented by several Hurricanes . However, the unit suffered heavy losses and at the end of January began to be withdrawn to Australia via Sumatra and Java. It was dissolved here. The second squadron was established in June 1942 in Church Fenton and was equipped with Beaufighters Mk.IIF . In March 1943, it was rearmed in Scotland to a version of the Mk.VIF , which in August replaced the Mosquito Mk.XII . When Jameson joined her, the squadron was in Bardwell Bay and used the Mosquito Mk.XIII . In March, the squadron became part of the 2nd.TAF and its task was to protect the landing beaches in the coming invasion.

Jameson scored his first victory on the night of 24/25. June, when he shot down a fast Me 410 over France. Four days later, his score weighed one Ju 88 and Jameson became an ace. When he boarded his Mosquito MM466 ME-R on the evening of July 29, 1944, he had no idea that he was facing not only the most successful career, but also one of the most successful patrols during the invasion of France. 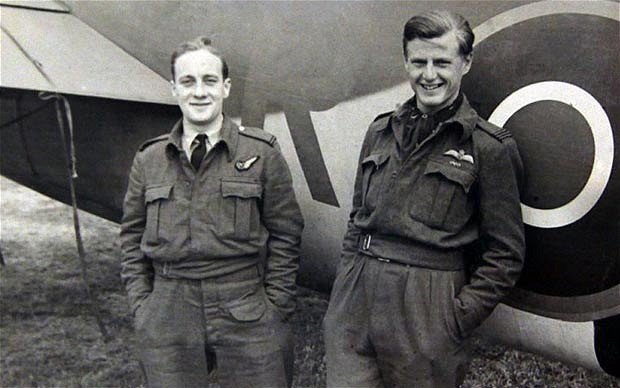 Together with his radar operator Norman Crookes, he took off for a patrol in the area of the city of Caen . First, they encountered a Ju 88 A-4 (B3 + BH) from I./KG54 and sent it to the ground in two short bursts. Crookes then reported another adversary approaching them. Also in this case, it was a Ju 88. Jameson went to chase him when suddenly crossed his path by another Junkers. The 300-yard shot ended his flight, but the first opponent disappeared in the meantime.

Then they first encountered two more Mosquitoes before they caught another Ju 88. This enemy tried to confuse their onboard radar by releasing a large number of aluminum strips of Windows, but Samson saw him well and shot him down with two bursts. The successful pair then set a course home when they suddenly saw one Do 217 in front of them. He tried to hide in the clouds, but the rest of the ammunition ended his flight on French soil. For these four victories, the crew only needed 20 minutes in very miserable weather.

Jameson continued his success on the night of August 3/4, when he shot down a Ju 88, which was attacking British lines at St. Petersburg. Lo. He closed his war score three days later with one Junkers destroyed and the other damaged. 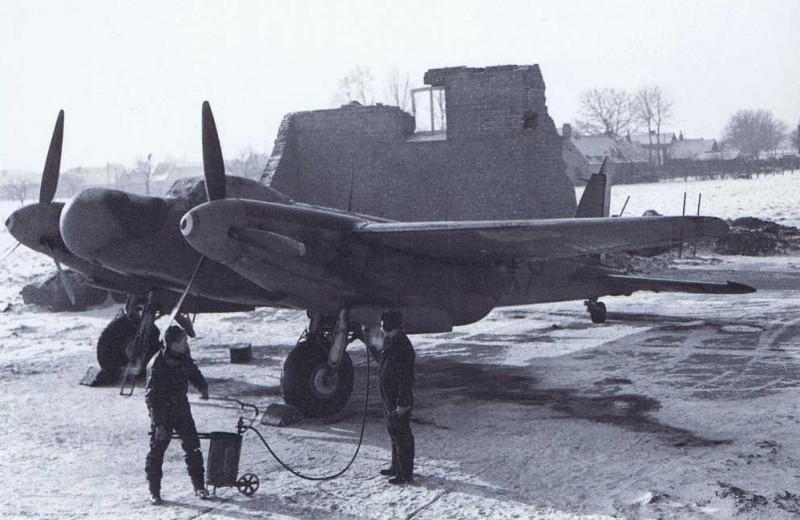 The 409th Squadron conducted patrol activities from June to July 1944, when it was rejoined the 85th Group. Mosquito NF Mk. XIII MM466 at the advanced airport in France in January 1945.

Jameson left the squadron on August 15, 1944 and was sent to New Zealand at his mother's request. At that time his father died and his two brothers fell in service. One as an infantryman in Italy and the other during pilot training in England. As the last man in the family, Jameson was withdrawn from active duty and took over the farm at home. Here he then learned that he had been awarded a DSO .

New Zealand's most successful night fighter died on 21.May 1998.