Bushido is a kind of moral code, or basic code of conduct, that was intended for the ruling class of samurai and nobility. In translation, the term means "the path of the warrior ."

Bushido wrote the rules at the time of the developing feudalism of Jamagaku Soko ( 1622 - 1685 ). The precondition for the creation of such a moral code, intended for the ruling class, especially samurai, was the separation of these classes from the general population and the elevation of them to an exceptional position. This process of separation began in the 12th century, when the importance and power of the nobility began to rise and consolidate. Later, this trend was reinforced by the fact of the prerogative for these classes to wear two swords. This privilege was denied to members of the lower classes.

There is a story that gives an example of acting in the sense of Bushido. 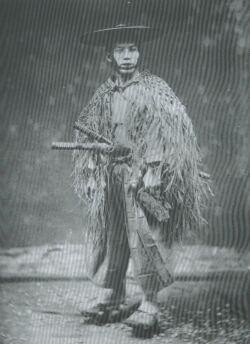 When Prince Kenshin of Japan fought Prince Shingen, whose seat was in the mountains, he learned that his opponent had been cut off by the supply of salt to his camp, he felt the need to supply him with enough salt with the message "I am not fighting with salt, but with a sword ."

The primary purpose of these rules was to make a precise distinction between soldiers ( samurai ) and the court nobility, who also had the right to carry swords. Their swords were mostly beautiful works of art and were richly decorated. However, their ability to handle swords was very negligible due to their position. The nobility led an exuberant life, their clothes were rich. All this was denied to the warriors because required by their code - Bushido. The motto Bushi no ichigon, which means something like "the word cannot be broken ", has become very important in this area.

The status of samurai with their privileges was abolished in 1868 during the famous Meiji Revolution. At this time, several regulations were written, which definitely led to the disintegration of their condition. This was followed by regulations banning the carrying of swords for samurai, and the army itself was rearmed according to the Western model, and people from all walks of life were admitted to their ranks. However, the new government has helped prominent samurai gain privileged positions such as government officials, police officers, and or military commanders. These jobs are taken very seriously in Japan.

The influence of Bushido is also evident in the behavior of people in contemporary Japan. Many publications that describe the relationship of employees to their employers and the company are in many ways similar to the code that has influenced the ruling elite in history. 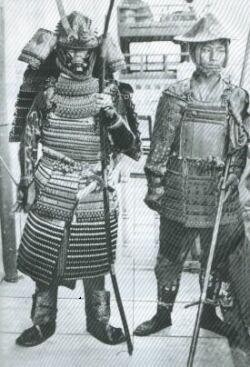 The Bushido Code of Ethics states the Encyclopedia Britannica, Volume 12, page 945, as follows:

1. The service routine must be strictly adhered to. Military exercises will be carried out from 6 am. Archery, firearms and horseback riding must not be neglected. If a man achieves exceptional results, he will be rewarded.

2. Those who require rest should engage in falconry, deer hunting, and wrestling.

3. In the case of clothing, it shall be woven of cotton or imitation silk. No man is ashamed of the eccentricities of clothing or life to be labeled as violators of the law. If he eagerly practices the martial arts in accordance with his order, he will hire an instructor and the expenses associated with it will be reimbursed.

4. Paddy rice is the predominant crop in the diet. For social entertainment, there is one host per guest. Only if men are gathered for military exercises, let many have lunch together.

5. It is the duty of every samurai to become acquainted with the principles of his craft.'Eccentric embellishments in battle are forbidden.

6. Dancing or organizing dances is illegal. Whatever a man does, let it be done from his heart. The penalty for transgression is death by suicide ( see harakiri ).

7. Let learning be supported. War books must be read. The spirit of faithfulness and filial respect must be instilled above all in education. Composing poems about past times is not appropriate for samurai. Such pastimes correspond to women. A man born a samurai lives and dies with a sword in his hand. If he is not trained in this way in time of peace, he will be useless in times of difficulty. Everyone is brave and lives in the same conditions as in war.

8. Anyone who finds these rules too strict should be relaxed. If the investigation shows that someone is so unhappy that he has lost his masculine qualities, be separated and released without delay. The binding nature of these instructions must not be in doubt. 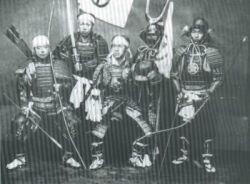 It is closely related to the Bushido and Seppuka codices. It can find out the full text, as translated it Gruzanski in his work Spider and chain (chain and tip).

1. I have no parents, I make heaven and earth my parents.
2. I have no home, I make saika tanden ( the abdomen ) my home.
3. I have no miraculous power, I do honor my miraculous power.
4. I have no means, I make permission by my means.
5. I do not have magical powers, I make a personality with my magical power.
6. I have neither life nor death, I make the art of breath regulation my life and death.
7. I have no body, I make stoism with my body.
8. I have no eyes, I make a flash of lightning with my eyes.
9. I have no ears, I make my ears sensitive.
10. I have no limbs, I make my limbs alert.
11. I have no laws, I make self-protection by my laws.
12. I have no strategy, I do sakkacu jizai ( freedom to kill and renew ) with my strategy.
13. I have no intentions, I make kisan (seizing a suitable opportunity ) my intention.
14. I have no miracles, I make good laws by my miracles.
15. I have no principles, I make rinki ohen ( adaptation to all circumstances ) my principle.
16. I don't have a dad, I do kyojitsu ( falsehood and sincerity ) with my tactics.
17. I have no talent, I do toi sokumyo ( alertness, ingenuity, ingenuity ) with my talent.
18. I have no friends, I make my mind my friend.
19. I do not know enemies, I make carelessness with my enemy.
20. I have no armor, I do jingi ( charity and justice ) with my armor.
21. I have no castle, I make fudoshin ( cold-bloodedness ) my castle.
22nd I have no sword, I do mushin (callousness) with his sword.