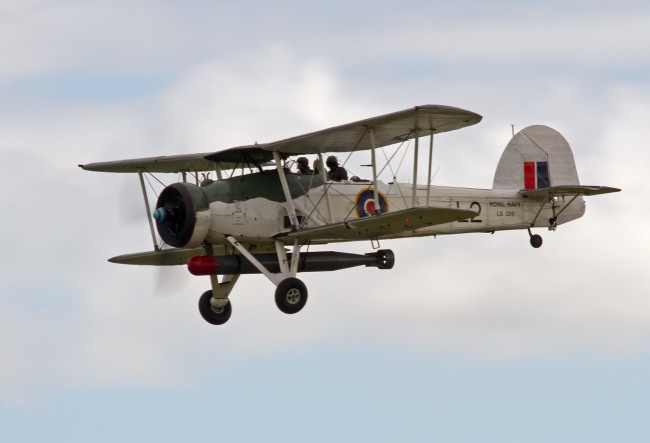 The origin of the plan

The plan was aboard the battleship HMS Warspite during the peak of the crisis in Europe in late September 1938 when the Commander in Chief of the Mediterranean Fleet (Mediterranean fleet), Admiral Sir Dudley Pound defined strategy for paralysis of the Italian fleet. In this plan, he counted on the aircraft carrier HMS Glorious , commanded by Capt. Lumley Lyster and also told him his vision of using a carrier. The task of this officer was to draw up a plan for the most effective disability of the fleet. Capt. Lyster called in two officers, Cdr. Guy Willougby and Cdr. Lachlan MacIntosh, squadron commander stationed at HMS Glorious to help draw up the plan. The basis was a sketch from 1935, when Italy invaded Abyssinia ( Ethiopian Empire ). It was already said in this document that it would be best if the main forces of the Italian Fleet ( Regia Marina ) were attacked in their main port of Taranto. 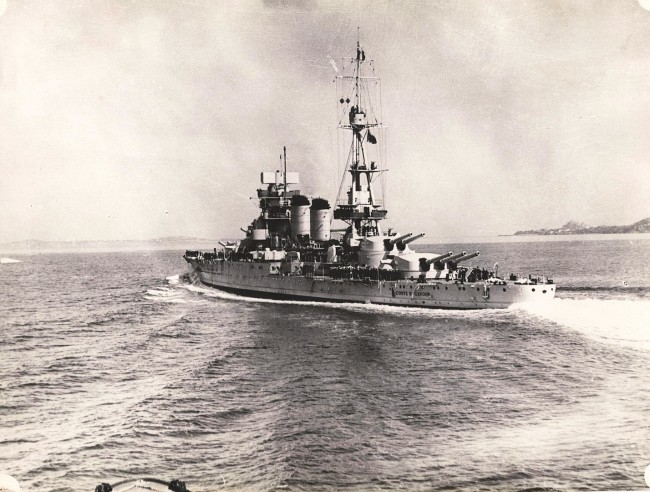 At the beginning of October 1938, a final plan was presented stating that the attack would be carried out at night and that torpedoes would take precedence over bombs. The standard aircraft at the time was the Fairey Swordfish , a three-seater biplane covered with canvas and an open cabin with a maximum speed of about 210 km / h. He carried 815 kg of bombs or one torpedo and endurance about 4 hours. The aircraft was easy to operate and had great structural strength and considerable resistance to damage. Crews were called Stringbag (string bag) to dense string wires between the wings. The plan provided for the deployment of three squadrons ( 812th , 823rd , 825th ) Swordfish after 12 aircraft, a total of 36 machines. Losses were calculated at 5% of all machines or even the losses of an aircraft carrier in the event of extreme failure. At that time, the balance of power in the Mediterranean was clearly in favor of Regia Marina. It had 2 new reconstructed Cavour class ships Conte di Cavour and Giulio Cesare and 2 old Caio Duilio and Andrea Doria, 2 new modern Vittorio Veneto and Littorio, 23 modern cruisers, including 8 heavy and 128 destroyers. 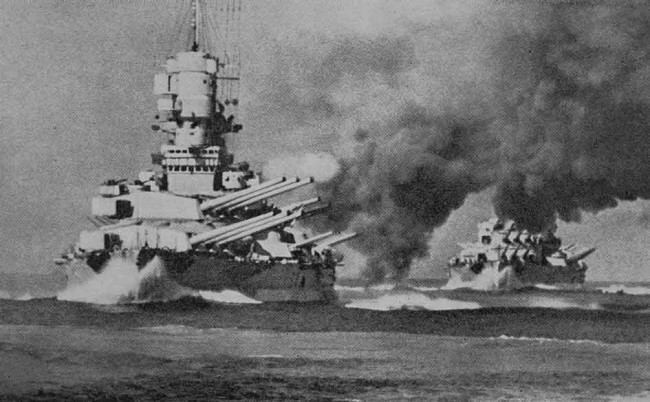 Against this, the British could build 3 older battleships, 1 aircraft carrier ( HMS Glorious ), five cruisers and 30 destroyers. The plan was approved because it lacked a moment of surprise and had an unorthodox concept at the time. After all, the Air Force from aircraft carriers was still taken as a supplement ( especially as a survey of the fleet ). 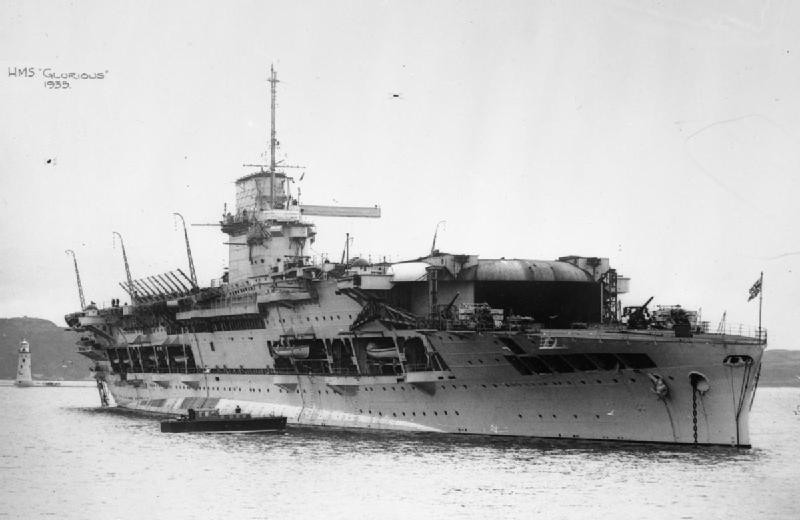 On September 1, 1939, Germany invaded Poland, which was still holding Italy back, but after the invasion of France, the Italian fascists began to push the corners. On September 3, Great Britain declared war on Germany and had to cover almost half of the globe with its fleet, and this was reflected in the deployment of the original Mediterranean fleet. Glorious was sent to the Indian Ocean to search for the German pocket battleship Graf Spee. It was soon sunk, but Glorious stayed to protect the convoys in this ocean.

On April 10, she was transferred to the North Atlantic to help out in Norway, and the ship's captain was also replaced. Captain Lyster was promoted and transferred, and was replaced by D´Oyly Hughes. Before Glorious was sunk off the Norwegian coast on June 8, 1940 by the German battle cruisers Scharnhorst and Gneisenau, 6 aircraft of the 823rd Squadron were deployed to the British Isles and it was the only part of the personnel that was unknowingly rescued. Other crews died in the cold waters of the Atlantic 500 km from Norway.

On June 18, 1940, the Italians declared war on France and Great Britain. At that time, fascism was at its peak, and the Italians also wanted their slice of domination over Europe.The common Italian people did not understand this, and Regia Marina was not exactly in favor, given that during the First World War, the Italian and British fleets fought side by side. The Italians and Germans did not have clear commitments to joint cooperation between the two navies, because the Mediterranean was considered an Italian domain and everything was left to them. As already mentioned, Regia Marina had a large numerical advantage at the time of the declaration of war, and Mussolini was convinced that you would sweep the British out of the Mediterranean, so he didn't bother much. 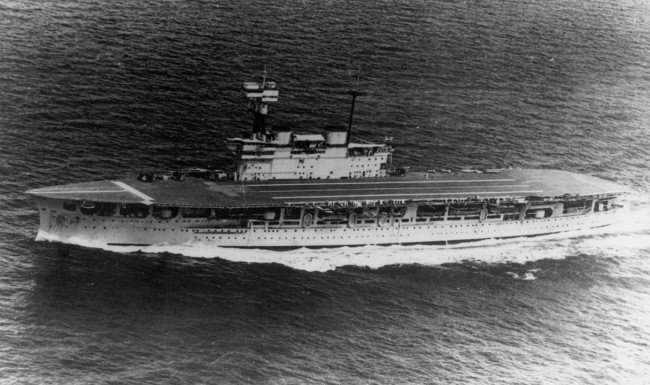 On June 26, 1940, Prime Minister Winston Churchill issued an order to restore the Mediterranean fleet from the pre-war period and Admiral Sir Andrew Cunningham was appointed commander. The only aircraft carrier to be transferred to this battlefield was HMS Eagle. It was only slightly younger and more modern than Glorious, but at the time it was just as outdated.

The elimination of Regia Marine has resurfaced, but so far there have been no conditions. HMS Eagle was obsolete and nothing else was at hand. The only light at the end of the tunnel was the aircraft carrier HMS Illustrious, but it was about to be completed, so Lyster was forced to wait for the right time. This time came at the end of May, when Illustrious completed the training program and was fully armed.

This new supermodern so-called fleet aircraft carrier was 231m long and 29m wide. The standard draft was 8.5 m. The ship had an armored flight deck with a thickness of 76 mm, for interest the armor was made in Vítkovice Ironworks and was delivered just before the war, 6 boilers and 3 turbines developed a power of 110 000HP and gave the ship speed of up to 31 knots ( 57 km / h ). Anti-aircraft armament consisted of 16 guns caliber 114mm ( 8x2pcs ), 48 guns 40mm ( 6x8pcs ) and 20 guns 20mm ( 20x1pcs ). The two hangar decks accommodated up to 60 aircraft. The ship received 2 lifts for aircraft, rescue barriers in case the aircraft's hook was not locked, grab ropes for a safe landing and most importantly a complete novelty - radar.

On August 21, HMS Illustrious sailed for Gibraltar and the Mediterranean. Upon arrival in Alexandria, Rear Admiral Lyster informed Adm. Cunningham about the plan to attack Tarento, and Tarento accepted it without comment. Meanwhile, all the squadrons on Eagle and Illustrious began training again for the attack on Taranto. Cdr. Thomson and Lt. Pollock, members of Lyster's staff, drew up a new plan to attack the harbor. The date was set for October 21, 1940, the day Admiral Nelson defeated the French-Spanish fleet at Trafalgar and was to be a full moon. Furthermore, a request was made for a photo survey of the Italian port, which was carried out by the RAF from Malta. Unfortunately, just before the planned raid, an accident occurred in the lower deck hangar, where a fire broke out and completely destroyed 2 Swordfish and damaged several. After extinguishing the fire, the aircraft had to be dismantled and dried, the ship repaired, and therefore the operation was postponed.

Meanwhile, however, on October 28, Italy invaded Greece and the British were forced to divide their forces to help the Greeks. Unfortunately, at the end of October, Adm had to. Cunningham sent for repair the aircraft carrier Eagle, which had a malfunction of the fuel system and thus lost 50% of its striking power to the port. He ordered 5 Swordfish and 8 crews to switch to HMS Illustrious.