A war hero and a perfect politician or a despot and a monster? 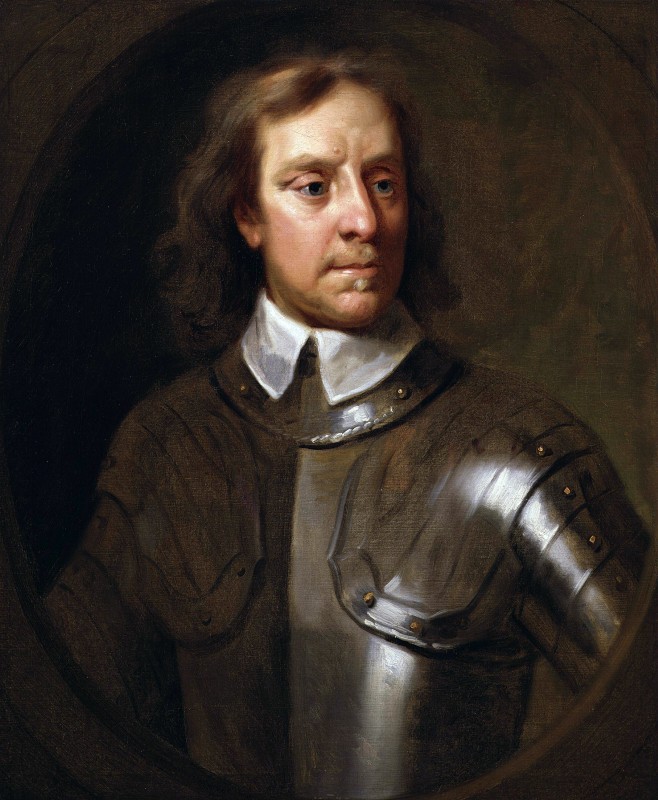 He was born in Huntingdon on April 25, 1599. His family were related to Thomas Cromwell, who secured the former monastic lands for them in 1538-39. Cromwell's grandfather built a sumptuous house on the outskirts of Huntingdon and regularly held entertainments and hunts for King Jacob and his courtiers. Cromwell's father was the younger son in the family and so inherited a small part of the family fortune. Because of this, Cromwell grew up in a more modest townhouse.

Burdened by debt and a decline in the family fortune, in 1630 Cromwell sold the house and rented a farm a few miles away, in St. Ives. In 1634 he attempted to emigrate to Connecticut in America but was not allowed to do so by the government.

Cromwell had by this time converted to the Puritan faith and rejected beliefs "wrapped" in fancy ceremonies. He preferred a simple faith, preached to ordinary people. He himself became more radical and often preached at illegal religious meetings. On the first occasion, he stood for parliament.

He stood first for Huntingdon in 1628 and later from 1640 for Cambridge. He immediately became a highly visible member, aided by his austere appearance, composure and commanding voice. He was first a member of the so-called Short Parliament (short derived from duration) in April 1640 and then the Long Parliament (August 1640-April 1660). He advocated the reform of the Church, and the abolition of bishops. Because of the king's indebtedness, he also wanted harsh control of fiscal policy by parliament. He also advocated control of the army and navy by officers appointed directly by parliament. Parliament eventually took control of the finances as well as the army and navy, greatly limiting the king's powers.

When civil war eventually broke out following the dissolution of Parliament and the arrest of five of its members (among them Cromwell's relative John Pym), Cromwell also proved himself an excellent soldier. In 1643 he became a colonel. Cromwell took action after the failure at the Battle of Edge Hill, where the Royal Cavalry contributed mainly to the defeat. The basis of the army under his command became the cavalry, the so-called "Ironsides", and the filling of command positions were no longer dependent on descent but on ability. The first victory of this army was the Battle of Marston Moor in July 1644. Cromwell became lieutenant-general. The final defeat of the King's cavalry came at Nasseby on 14 June 1645, and Cromwell played a major role in the negotiations that followed. In these negotiations, he was eventually accused of conspiracy by all sides and civil war broke out again. 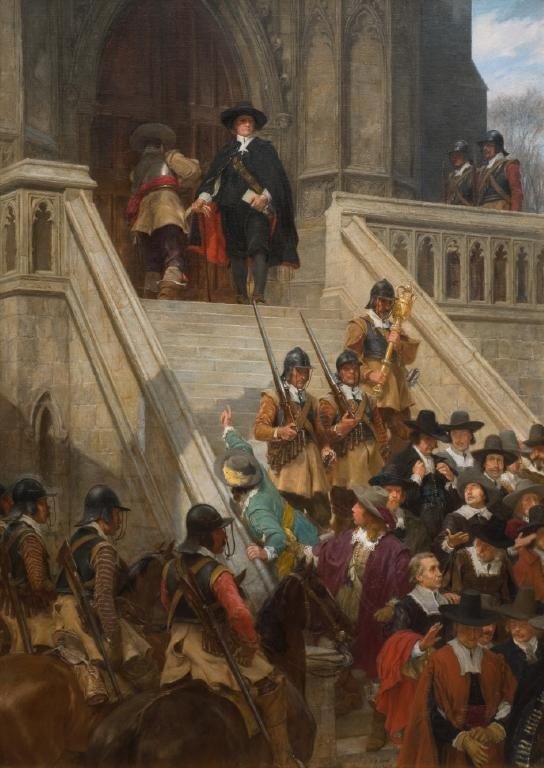 It began with Cromwell's dissolution of Parliament, in which he forcibly expelled 110 of its members. He and his army then crushed a major rebellion in South Wales, and the triumph of his army, called the New Model, was the defeat of the Scottish invasion at Preston on 18 August 1648. After the capture and subsequent execution of the King in 1649, he set out in the summer of 1649 to put down the rebellion in Ireland and take control of it. Early in the campaign, he was responsible for the massacres in the towns of Drogheda and Wexford. The later campaign, however, was much more peaceful, especially as the towns, probably influenced by previous events, had surrendered themselves before the army arrived. And even Cromwell then scrupulously adhered to the terms of surrender. He returned to England in the summer of 1650. He then headed to Scotland, where he was crowned Charles II in a relentless campaign to utterly destroy the royal armies at the Battle of Dunbar on 3 September 1650 and the Battle of Worcester on 3 September 1651. He occupied the lowlands and the west of the country. He returned triumphantly to London in September 1651. 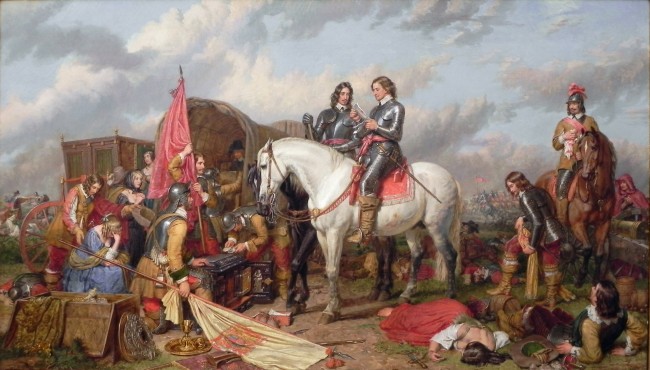 From then on he rarely left London and pushed strongly in Parliament. On 20 April 1653, he ran out of patience with Parliament's indolence and forcibly dissolved it. He attempted to establish a new parliament, the so-called Parliament of the Elect (or also of the Saints), whom he hoped would help him achieve his aim. That goal was to be the creation of a constitution that would embrace evangelical values and teach the people the responsibility of freedom. However, this task proved to be beyond the power of this assembly and after five months they handed over power to Cromwell. His associates wanted to install him as a constitutional monarch. Although Cromwell was not opposed to the monarchy (he even wanted to install one of his sons in place of Charles I), he refused to become king himself. He promulgated the so-called Document of Government, in which he made himself Lord Protector. He cooperated with the unicameral parliament. He asserted himself most strongly on questions of religious liberty. In contrast, he created a cruel political apparatus that punished anyone who got in his way. In 1657, Cromwell's more conservative supporters (primarily lawyers) attempted to make him king again, in an attempt to limit his influence by ancient rules and restrictions. Cromwell again refused the title but accepted the redefinition of his power in the Private Supplication and Notice. In 1658 his health failed. He died at Whitehall on 3 September and was buried in Westminster Abbey. He always led a minority government, and the coalition he represented broke up after his death. This opened the way for the restoration of Charles II 20 months later. He was exhumed and posthumously executed in January 1661. The further fate of his body and head is uncertain. 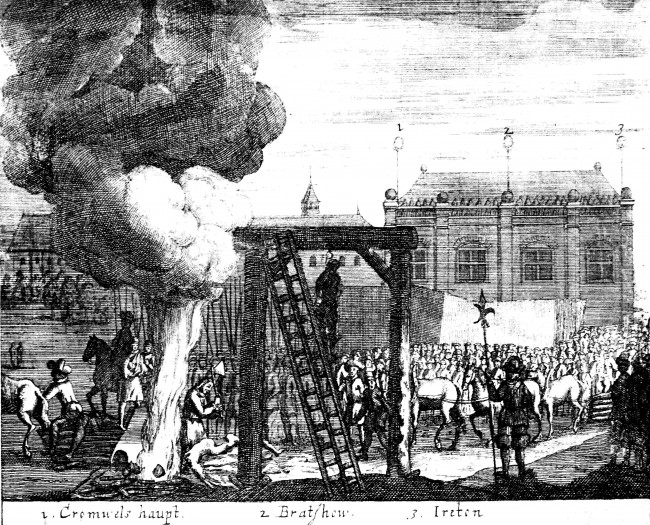 Execution of the bodies of Cromwell, Bradshaw and Ireton according to contemporary press
commons.wikimedia.org

Articles:
www.olivercromwell.org
www.bbc.co.uk
other websites that I am no longer able to identify retrospectively