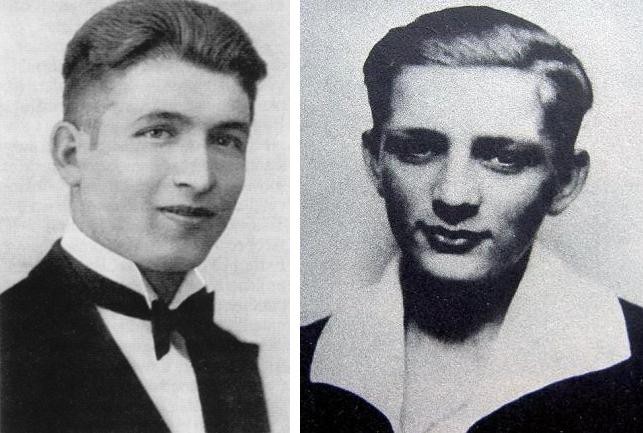 Although November 17 has been associated in recent years mainly with the events of 1989, it is not harmful to recall the events of the tragic year 1939. This is appropriate because International Student Day has become precisely based on events that have taken place since October 28 to November 17, 1939 in the Protectorate.

Everything caused the suppression of a silent demonstration on the occasion of the 21st anniversary of the founding of the Czechoslovak Republic, during which Jan Opletal, a student of the Medical Faculty of Charles University, was injured ( born on 1 January 1915, sometimes even on 31 December 1914 ). This demonstration was largely organized by students who, on October 27, put up leaflets inviting them to attend this gathering, and placed bouquets with a tricolor at the monuments to many important personalities of our history.

The demonstration, which took place on Wenceslas Square, was suppressed by the occupying power using not only the riot police, but also SS units. Further clashes between the protesters, which were joined by a large number of people outside Prague, and German security forces, supported in many cases by the German population and German students, took place in Žitná, Melantrichov and Nezábranská streets, as well as in Charles Square, as well as in many other places, often for shooting at protesters. It was in Mezibranská Street that the baker Václav Sedláček ( 22 years old ) was killed and Jan Opletal was shot in Žitná Street. He was then transferred to the clinic of prof. Arnold Jirásek, where he was also operated on. He died on 11 November at 11:45 am as a result of a gunshot wound in the abdominal cavity.

On November 4, a silent funeral of Václav Sedláček took place in the Branice cemetery with the assistance of security forces. Unfortunately, an equally tragic fate befell his relatives during the war, and no one could take care of his grave, so it was abolished in 1965. *

After the death of Jan Opletal, a dispute broke out between the protectorate administration and the student organization over how to honor the memory of the deceased. While the protectorate authorities promoted the removal of the remains to Moravia, where he came from ( Lhota u Nákla, Olomouc district ), the student organization promoted a public procession through the city, ending at the station. Maxmilián Martischnig, chairman of the Hlávka dormitories, and Václav Wiesner, director of the Hlávka dormitories, took part in organizing the parade. The ceremonial funeral, which took place on 15 November 1939 under the leadership of the Dean of the Faculty of Medicine, prof. Hájek in Albertov, where the coffin with the remains of J. Opletal was, took place with the grave silence and assistance of the Czech police. Even so, the national anthem sounded when the coffin was placed in the car. The casket was then transported to the station and sent to Moravia.

Despite all intimidation by the occupiers, the ensuing demonstration, which was attended by thousands of people, turned into a protest against the occupation. Most clashes between protesters and law enforcement took place in the area of Charles Square. It should be noted here that later testimonies lead to the presumption that the clashes were deliberately provoked from the Gestapo tent, so that it could then be brutally intervened. The aim was to intimidate the Czech nation and thus prevent further protests against the occupation.

The following day ( November 16 ), a meeting was held in Berlin with the participation of Adolf Hitler, where the event entitled "Sonderaktion Prag vom 17. November 1939" was approved. At this meeting, among others, Adolf Hitler spoke the following words:

" March 15 was my big mistake. I regret that we did not treat the Czechs as Poles. The events of October 28 and November 15 show that the Czechs do not deserve another fate ... For this reason, I order: The cessation of Czech universities for three years. Any demonstrations can be suppressed immediately ... I will not be ashamed to put cannons on the streets, for example. Machine guns will be fired into each cluster. If there is any more demonstration, I will level Prague to the ground ... “.

The result of the meeting was a decision to close Czech universities for a period of three years, the arrest and execution of leaders of a student organization and the internment of hundreds of students in concentration camps.

In the night from 16.-17. November, there were extensive arrests in the ranks of Czech students, not only in Prague but also in Brno and Příbram. Students arrested in Prague were interned in the former Artillery Barracks in Prague-Ruzyně. Nine representatives of student organizations were also executed here. 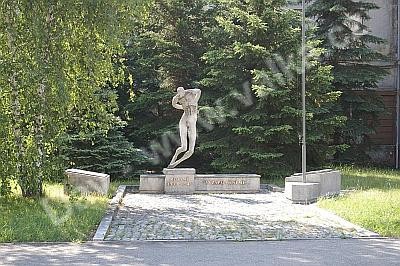 A monument in the area of the Artillery Barracks 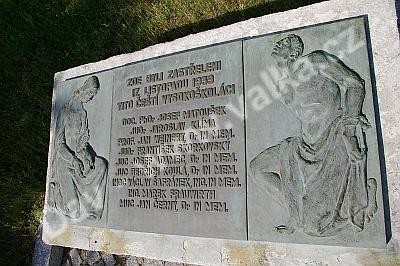 The university buildings were made available to the Gestapo, the SS, the Wehrmacht and German universities. Some Czech students managed to flee to Slovakia through Hungary, Hungary and the Balkans before their arrests, such as Josef Sommra, who fought in the Middle East and Africa.

In the United Kingdom, on the occasion of the first anniversary of the tragic events in Prague, a meeting of students from 26 nations took place. This meeting, held at Caxton Hall in London, adopted the " Declaration of Allied Students on 17 November ", which is considered to be the de facto proclamation of 17 November as International Student Day and which states, inter alia:

" ... We, the students of Great Britain, all its dominions and India, North and South America, the Soviet Union, Belgium, Czechoslovakia, France, Greece, China, the Netherlands, Norway, Poland, Yugoslavia and all free countries, to honor the memory of those executed and tortured students, who were the first to raise their voices in opposition to the Nazi oppressors of 1939, we declare November 17 International Student Day ... "

" ... We declare that November 17 is not only a day when students from all over the free world pay tribute to their dead Czechoslovak colleagues and all those who still suffer in prisons and concentration camps, but also a day when we commemorate and continue to remember the ideals for which these students suffered and still suffering ... "

" ... We, who today form a unity with other youth, a united front against all kinds of fascism and non-freedom, regardless of political, national and religious, who fight with guns in hand on all battlefields for the freedom of our people, bow before the victims of barbaric violence, reinforced by their example to fight for a better and fairer future for future generations. For us, November 17 will forever be a day when students from all over the world will honor in their schools not only the memory of their executed Czechoslovak colleagues, but also a day when we will remember again and again the ideals for which these heroes fell ... "

This text was read by Opletal's friend and one of the organizers of the protests on the occasion of the celebrations on October 28, 1939 in Prague, Lubor Zink.

* according to information from the Czech Television, published in the program Unknown Heroes - Moved Fates and broadcast on October 26, 2009, Václav Sedláček's parents lived in Ústí nad Labem until the 1970s.