After the First World War, the territory of East Prussia, belonging to Germany, remained wedged between Poland and Lithuania. It was from the southern tip of East Prussia that the shortest route from Germany led to Warsaw ( just over 100 km as the crow flies ). Both the main road and the railway line led here. In places in the summer of 1939, light forts were built by the Polish army to support the defensive position of the Polish army defending this shortest route to its own capital, in places where the endless Polish plain is slightly undulating, just a few kilometers before the border of hilly East Prussia, near the town of Mława. 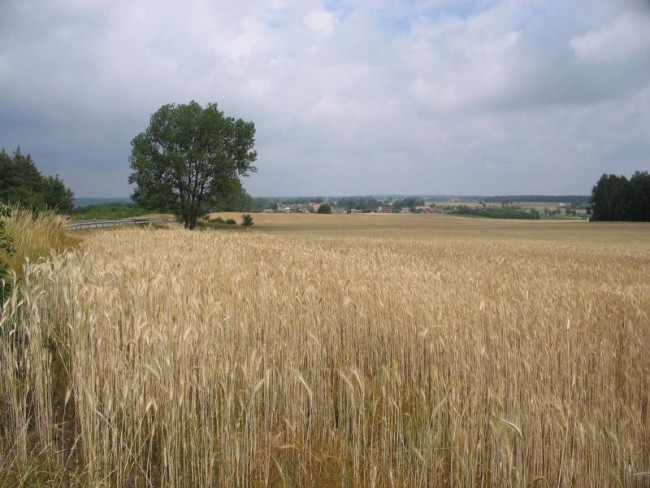 68 buildings were planned in the section near Mława, 45 of them were built by the beginning of the war - 33 bilateral, 10 unilateral and 2 others. All were equipped with heavy machine guns ( two-sided on one, one-sided on one ). The Polish light fortifications were very similar to the well-known Czechoslovak ones. At the time of the German attack, field fortifications and line barriers ( anti-infantry and anti-tank ) were built to complement the light fortifications. 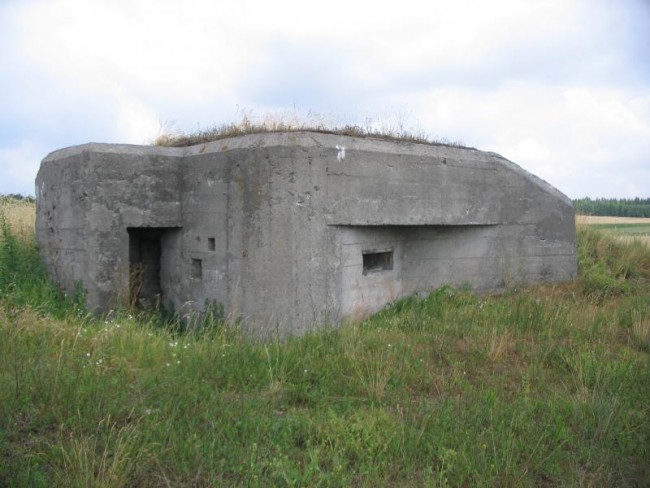 When the war broke out, the fortified position at Mława was occupied by two regiments of the Polish 20th Infantry Division . At dawn on September 1, 1939, the war began in this section as well. Directly against Mława advanced the armored division " Kempf ", headed by a motorized regiment SS " Deutschland ". Polish troops gradually retreated to the line of fortifications, where they managed to stop the arrival of SS-men. They then tried to take action against the forts in small groups, but still failed. At 10 o'clock in the morning, therefore, an order was issued to suspend the attack until the arrival of artillery.

At 11 a.m., German artillery began shelling Polish positions, and at 12 p.m., a general take-up against Polish positions was scheduled. However, it was postponed to 3 pm, because the SS-men were not able to re-form for attack so quickly and it was decided to wait for the support of the tanks of the 11th Armored Division, which were to arrive.

The commander of the 1st Corps, which included a motorized SS regiment " Deutschland ", decided to fulfill the order to determine the position of the enemy by sending an SS regiment to attack Polish positions without tank support, which attack launched after 13 o'clock failed and SS-men with great losses retreated to the forecourt, where they waited for the arrival of tanks. At 15:30, three companies ( 53 tanks ) arrived and tried to bypass the Polish position from the south. They came under fire from Polish anti-tank guns and weapons placed in positions on the fortress line. When they also reached the southern end of the fort line, they found that their wing was protected by swamps through which the tanks did not pass. There was confusion, some tanks began to retreat, some tried to break through the Polish line, but did not cross over 6 meters wide and 3 meters deep anti-tank trench. At 17:00 the remaining tanks retreated to the north. 7 tanks were destroyed and another 37 were eliminated from combat.

View from the building of the Polish fortifications on the field and the road where the attack of German tanks was repulsed.

German troops took their starting positions, and in addition to mutual artillery shelling, there was peace at the front. At 20:00, an order came for German troops to withdraw 1-2 kilometers back in anticipation of a Polish counterattack. Jen II.the battalion of the motorized regiment SS " Deutschland " remained in positions about 150 meters from the Polish defensive line, when it was pinned and could not move in any direction without suffering losses. He withdrew only at 4:00 the next morning, and its members could not be deployed in the fighting the next day for exhaustion.

The result of the first day was a clear success of the Polish defenders, who not only did not allow the enemy to break their position, but caused him considerable losses and greatly undermined his fighting morale. German troops regrouped and took turns during the night, and the next day shifted the focus of their efforts to the second fortified section near Rzęgnow, which followed the swamps on the right wing of the Polish position near Mława. No serious combat clash took place on the Mława section during the day, until in the evening the Poles attempted a demonstrative attack on the wing of German troops against Mława, which was not successful and the Poles were soon driven to their starting positions.

A much more serious problem, however, was the fact that the Germans broke through the defenses at Rzęgnow on this day and the Polish command got out of hand and failed to close the breakthrough in time. The next day, September 3, 1939, the Germans moved their armor to breakthrough, expanded it, and repulsed a belated and uncoordinated counterattack attempt by the Polish 8th Division, which had just arrived on the battlefield. As a result, on September 4, Polish troops withdrew from the fortified position near Mława.

The purpose of this article is to contribute to the discussion of the military possibilities of Czechoslovakia in September 1938. Therefore, in conclusion, I would briefly compare the Polish situation near Mława with the situation of the fortifications in Czechoslovakia.

The Polish bunkers near Mława de facto correspond to the Czechoslovak light fortifications. It is one of the few fortified areas in Poland.

Czechoslovakia had light fortifications built practically along the entire length of the defensive line, the most important sections were supplemented by heavy fortifications.

The Polish fortifications at Mława form one sequence.
The Czechoslovak light fortification consists of at least one sequence, in most parts of the line sequences two to three, in some places the second defensive position was completed ( again consisting of several sequences ).

The terrain near Mława is slightly undulating, but it is definitely not a strategic height, but rather a terrain wave usable at a tactical level. It can be compared to the terrain in the Opava section of the Czechoslovak fortifications, where a continuous line of heavy objects and 2 (???) sequences of light fortifications were built. 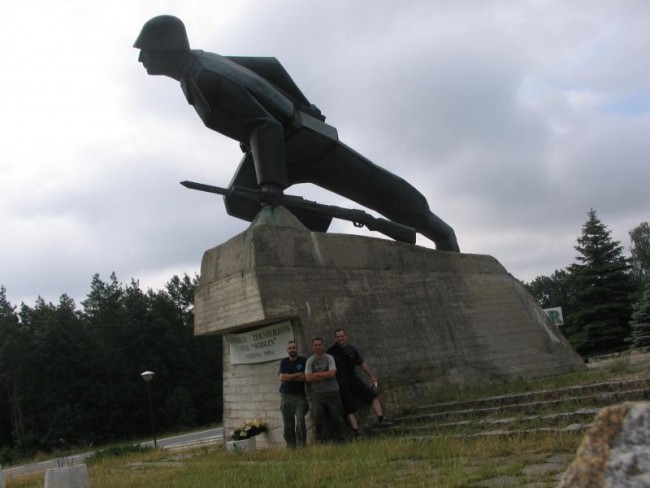 Poland has this memorial at the site of the battle to all fallen defenders of Mława.