The Long Range Desert Group ( LRDG ), a British reconnaissance and raid unit operating in the North African Western Desert during World War II, can be considered the first modern special forces unit. In its missions, it inflicted more significant damage to Axis forces than other British conventional forces of the same strength, with minimal own losses.

The greatest battles of Allied troops with the Axis forces on the North African battlefield during World War II took place in the desert areas adjacent to the Mediterranean coast. However, no less important operations for the outcome of the war took place deep in the desert in the endless sand seas inland, which are characterized by huge areas of sand dunes with a minimum of life. In the Libyan Desert, a bit illogically named the Western Desert, stretching from the coast 1500 km south to Tibesti and Jebel and from the Nile Valley 1900 km west to the Tunisian and Algerian mountains. During the day the temperature rises above 60 degrees, at night it drops below freezing. The oases of water are so far apart that even nomadic invaders who have passed through here since time immemorial had to keep its supply in hidden amphorae for later. Just traveling the vast Western Desert was risky. And it was in this inhospitable world that the members of the Long Range Desert Group proved their courage and mastery in combat. 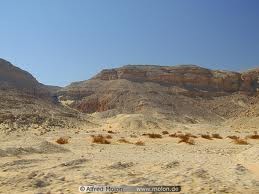 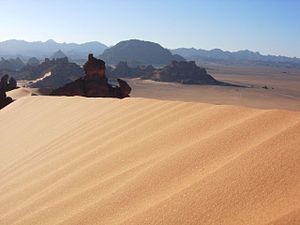 The Western Desert, the " home " of the LRDG

At the birth of the legendary unit in 1940, real experts in the Western Desert stood. English Major Ralph Alger Bagnold, a World War I participant and a graduate of the Royal Military Academy in Woolwich, was more of a researcher than a soldier. Thanks to his original work on the movements of sand dunes, he was accepted into the Royal Geological Society. During his military service in Egypt in the 1920s and 1930s, he explored the unfamiliar terrain of the Western Desert and discovered opportunities for the use of motor vehicles and light aircraft in local conditions. During adventure trips in the desert, he and Guy Prendegast, then captain of the Royal Tank Regiment, later LRDG commander, Bill Kennedy-Shaw, then a Sudanese political district regional officer, later LRDG intelligence officer, and Irish captain Patrick Andrew Clayton, mapped previously unknown desert areas. They have developed principles for traveling with motor vehicles in the desert - including the use of a solar compass, a water cooler (a system of hoses and overflow tanks that increase the performance of the engine cooler ), an anti-sand chute and storage of food, water and petrol.

Bagnold decided to apply this rich experience in the war and developed a proposal to create a special desert unit for reconnaissance and raids into the enemy's rear. He presented it to the then commander of British forces in the Middle East, General Sir Archibald Wavell . He agreed with the proposal and actively supported it. Thus, on July 3, 1940, the 1st Long Range Patrol ( LRP ) was established and Bagnold became its first commander. Initially, the LRP consisted of three patrols ( combat patrols "T" and "W" and support patrol "R" ).On December 5 of that year, the unit was renamed the Long Range Desert Group.

" Only men who do not mind hard life, meager food, lack of water and a lot of discomfort, men persevering and proactive can report, " said a circular in which the British Army was looking for volunteers for the emerging Remote Desert Patrol in the summer of 1940. Hundreds of volunteers stood in line. But getting into the unit was not easy. Out of one group of 700 applicants, only twelve were accepted. The criteria for admission were not as strict as one might think. The group was not looking for corsairs and killers. The command of the unit wanted solid, mature men - men who were in need in need, capable of action even in extreme situations, not only in danger, but also in fatigue, hardship and scarcity. As well as courage, aggression, and harsh warrior austerity, qualities such as ingenuity, presence of mind, patience, toughness, as well as a sense of humor were valued. Bagnold was given a tip to use " sheep farmers " - members of the New Zealand division, with the fact that he can drive in steep terrain with trucks that he can also repair. He managed to persuade the division commander, General Freyberg , to allow him to recruit volunteers. More than a thousand of them applied, and the selection of the best of them was overseen by two young New Zealand officers, Bruce Ballantyne and David Steele, who then proved themselves in command of the desert patrols.

The demanding initial training, which included, among other things, desert survival techniques, radio and communications, demolition and driving in sand dunes, mostly took place in the Abbassia barracks near Cairo. 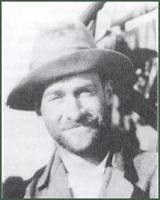 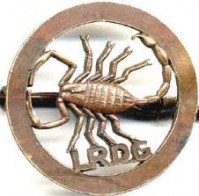 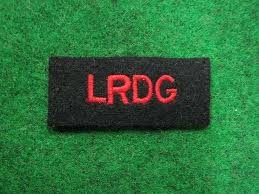 Fighting in the desert

The first task was given to the unit shortly after its establishment. During the Italian invasion of Egypt, she infiltrated Libya in September 1940, where she monitored the movements of Italian troops and confirmed to the British command that the Italians had no offensive plans in the area. At the same time, it managed to destroy the Italian field airport with supplies of petrol and bombs.

After the first successes of the LRDG, this unit began to grow with other patrols, which, in addition to New Zealanders, also included members of other units of the British army and volunteers from Rhodesia, white farmers accustomed to staying in the desert, later Indian soldiers. One Czechoslovak served in the LRDG - a former member of the French Foreign Legion, Sergeant Szanto. By 1941, there were already 10 patrols operating in the desert, consisting of 2 officers and 28-35 members of the team. Inconspicuous explorers became feared " pirates of the desert " who could do significant damage to the enemy.

It was not unusual for patrols to spend up to three weeks in the desert, covering more than 3,000 km. This period was mostly filled by observing enemy columns, destroying stockpiles, raids on German and Italian bases, and gathering intelligence. As experts in navigating unruly desert terrain, LRDG " desert taxi drivers " transported intelligence agents and specialists from Popski's private army, SAS, and other Allied special forces. It is also worth mentioning the participation in Operation Flipper - the attack of the 11th Commando ( Scottish ) on Beda Littoria with the aim of capturing or destroying the commander of the German Afrikakorps, General Erwin Rommel. The " desert taxi drivers " were supposed to take away the strike force after the attack, but they suffered heavy losses in the fight for the building, where Rommel was not at all. Only individuals escaped into the desert, and most of them were murdered by Bedouins collaborating with Axis forces.After an exhausting 41-day march through the desert, only two men from the commando met with British troops.

The " Pirates of the Sand Seas " fought in the Western Desert from August 1940 to April 1943, during which time their unit was out of service for only 15 days. At the beginning, the unit consisted of only 11 officers and 76 men with 43 vehicles, in March 25 officers and 324 men with 110 vehicles, by the end of the fighting in Africa, the number of soldiers never exceeded five hundred. Proof of their abilities and war happiness is the fact that only 17 members of the LRDG were killed in combat operations in the desert. 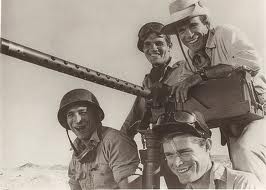 The Allied victory in North Africa in the spring of 1943 did not mean the end of the LRDG. The unit was deployed on islands in the Mediterranean, Italy and the Balkans. In Yugoslavia and Albania, patrols were parachuted. However, these actions did not correspond to the training and previous operational activities of the LRDG, so they suffered significant losses, including the third commander of the LRDG Major John Richard Aesonsmith, who fell on November 16, 1943 on the island of Leros.
After the end of World War II, the Ministry of War rejected the request of the LRDG commanders that the unit remain in service in Southeast Asia. The short but successful history of the Long Range Desert Group ended with the dissolution of the unit in August 1945.

British patrols in the desert initially used Fords ( F30 and F8 ), from the summer of 1942 their fleet was supplemented by great Willys jeeps. The real symbol of the LRDG was the extremely powerful and durable six-cylinder Chevrolet 1533X2 truck, which from March 1942 completely replaced the last remaining Fords.

The Lewis Mk.I machine gun became a characteristic weapon on LRDG vehicles, various modifications of Vickers machine guns ( especially the double-barreled version of the K ) were used, and later also the Browning M1919A4 and Browning M2HB .

The standard was a hand grenade Mills vz. 36., GS Mark V anti-tank mines were used for road diversions, and " Lewes Bomb " timed charges were used for attacks against airports.