URL : https://www.valka.cz/15-cm-s-F-H-13-1-Sf-auf-G-W-Lorraine-Schlepper-t6464#395993Version : 0
brano MOD 12 years ago
After the presentation of artillery reconstructions on the chassis Lorraine from 23.5.1942 And dolf Hitler was decided on serial reconstructions of rooted machines in the number of 160 pieces. Of these, 60 pieces were to be converted to the form 10.5 cm lFH 18/4 auf LrS (f), 60 pcs in the form of a tank fighter 7, 5cm PaK 40 auf GW Lorraine Schlepper 37L (f) and finally 40 pieces of chassis should be converted to a self-propelled gun with 15 cm howitzer sFH13. The last-mentioned reconstruction was especially urged so that it could be sent to the battlefield in North Africa as soon as possible. After the conference at Adolf Hitler it was decided to produce reduced numbers of this machine. 30 pieces were to be built.
Two series were created.


The machines of both series differed in several details (eg shape and placement of the support, etc.). 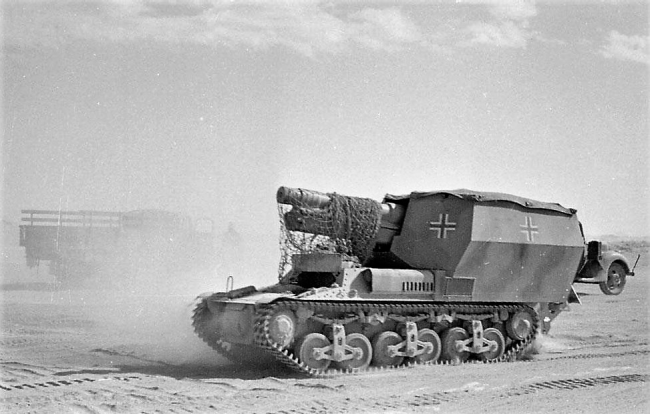