Sergeant Joseph Beyrle was arguably the only American soldier to serve in both the US Army and the Soviet Red Army during World War II. His counterpart is the Russian Vladimir Terentievich Kuc, who served as a machine gunner in the US 4th Infantry Division and subsequently as a reconnaissance officer in the Soviet 5th Guards Airborne Division.

Joseph Beyrle was born on August 25, 1923 in Muskegon, Michigan , USA, the child of the descendants of German immigrants who came to America after 1800. Unfortunately, his childhood cannot be described as happy. The Great Depression in the 1930s deprived his father of his job, and six-year-old Joseph had to move out of their apartment with his family. Fortunately, his grandmother arrived. His two older brothers had to drop out of high school and join the government's protection work program. As a result, they were able to send enough money home to keep the rest of the family together.

At the time of reaching the conscription age, Joseph worked as a butcher and, after joining the army, volunteered for paratroopers. No wonder, because the paratroopers were still considered an elite army at that time. After completing basic training in the US state of Georgia, he was assigned to the 506th Airborne Regiment of the 101st Airborne Division, specializing in radio communications and explosives. Parachute jumping mal, unlike many of its spolubojovníkov very much and therefore quickly took his nickname "Jumpin 'Joe" (Joe skáčúci).

Another important chapter in his military and personal life was the flight to the British Isles to the town of Ramsbury , where his home division was stationed at the time. Here he completed another training lasting nine months, focused on preparing for the invasion of Europe. Even before the opening of the Second Front, as the invasion used to be called at the time, Joe took part in two missions in April and May 1944, during which he jumped into the occupied territory of France and delivered important consignments to the local resistance movement. 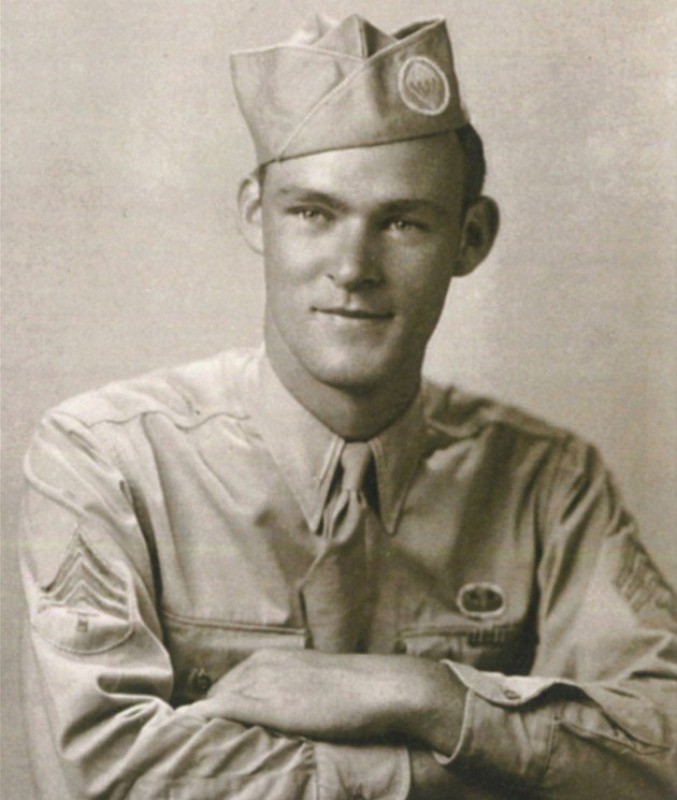 On D-Day, June 6, 1944, Beyrle sat with other comrades-in in the Douglas C-47 , which was part of the first invasion airborne wave. This is one of the reasons why in front of the jump area, it became the target of concentrated fire of German anti-aircraft works, the so-called FLAK, and after the intervention began to decline. Sergeant Beyrlem managed to jump out of the falling plane at a height of about 120 meters, thanks to which he managed to open the parachute. He was less fortunate in the crash, as he jumped directly on the roof of a church in the French village of Saint-Côme-du-Mont . Despite heavy enemy fire, he managed to get off the roof and hide in the cemetery between the graves. When it dawned, he found himself alone and two kilometers from the designated jump zone. Over the next three days, he tried to reach Allied troops. And although he did not succeed, he used his destructive knowledge and skills along the way. Until he was captured, he managed to blow up several bridges as well as a small power plant.

During the seven months of captivity, he was replaced by seven prisoner of war camps. When he learned in early 1945 that the Red Army troops were approaching their POW camp, he decided to flee with several other daredevils. They managed to escape the camp unnoticed and the train on the route to Poland was also successful.However, to their surprise, the train did not end in Poland, but right in the center of the Nazi empire - Berlin. This escape almost became fatal to him, because members of the Nazi secret police ( Gestapo ) did not want to believe that they were refugees from the camp and were convinced that they were divers who had jumped straight to Berlin. Beyrle was subjected to a harsh interrogation in connection with the beating, and he and his kind were saved from certain death by the traditional animosity between the German army and the Gestapo. Army officials correctly objected that the Gestapo had no jurisdiction over prisoners of war, and therefore the refugees were placed in the STALAG III C camp in Poland. Beyrle did not stay long in this camp either - he escaped from it in January 1945, this time successfully. 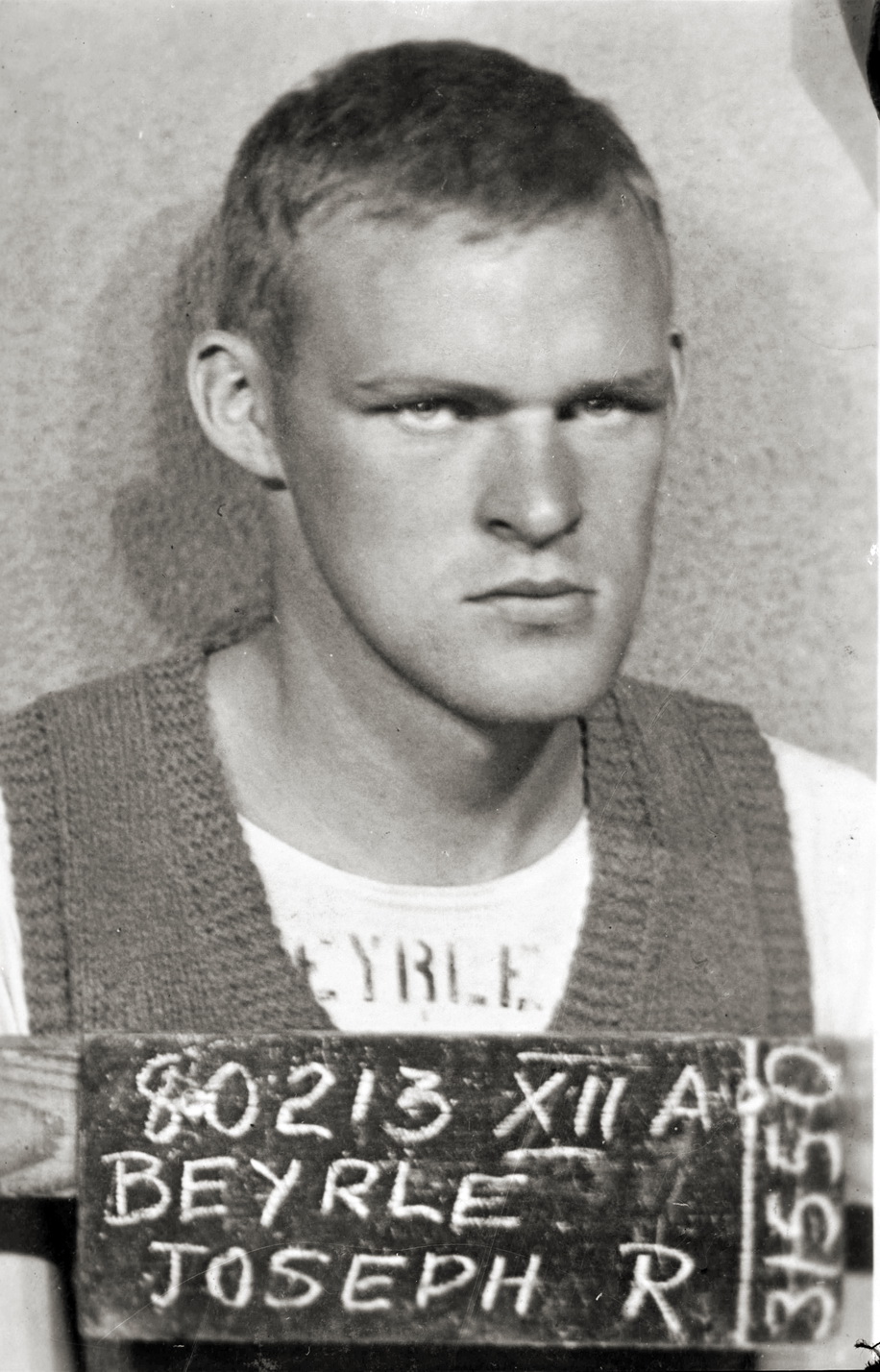 Transition to the Soviet Army

After a few weeks, he managed to get to the front line, where at that time the desperately defending German troops of the 1st Belarusian Front were attacking. He managed to cross the front line unnoticed and get close to the Russian 1st Tank Battalion, which belongs to the 1st Guards Tank Brigade . Beyrle came out against her members with his hands over his head, holding a box of American cigarettes Lucky Strike in one hand, repeating with a strong accent the sentence he had learned from the Russian prisoners in the camp: I - American Tavern! I - American Tavern! ( Я - American merchant! Я - American merchant! ). What did the translation from Russian mean: I am an American comrade!

Beyrle was lucky that the politruk ( officer for political and ideological enlightenment ) of the Soviet tank battalion spoke some English and, thanks to his " Jumpin 'Joe " interpretation, persuaded the unit commander not to send him to the rear, but allowed him to fight the Germans with his unit. .

Did the woman command the tank brigade?

We will appear here for a moment, because most newspaper or Internet articles state that the battalion commander was in fact a woman - Alexandra Grigorievna Samusenkova. Beyrle itself repeatedly to be featured on strict commander, whose name can indeed nezapamätal but remembered a book on as a "Major". However, both Beyrle and the journalists were wrong, who took this information from each other without verifying the facts.

Although it is true that Alexandra Samusenková was a member of the 1st Tank Battalion, she was not its commander and did not even have the rank of major. In fact, she was a guard captain at the time and was officially the liaison officer. However, it cannot be ruled out that, during the commander's absence, she was temporarily in his capacity, which is why Beyrle perceived her as a commander.

A machine gunner in the Red Army

However, let us return to our hero, who voluntarily became a member of the Soviet tank brigade and was assigned to the position of machine gunner. As the unit was armed with American Sherman tanks delivered to the USSR from the USA under a Lend-Lease agreement, Beyrle had no problem operating an American machine gun mounted on the tank's turret. Also during the month-long fighting, the unit used his demolition knowledge. At the end of January 1945, members of the battalion liberated the prisoner of war camp, from which Joe Beyrle had escaped a few weeks earlier. Although the American in the Soviet unit hoped to go with her to Berlin, this dream did not come true. It was fatal for him to bomb the unit with German Ju-87 Stuka dive bombers in the first week of February, during which he suffered severe injuries.He was therefore transferred to a military hospital in Landsberg an der Warthe ( now Gorzów Wielkopolski in Poland ). Coincidentally, Marshal Georgy Konstantinovich Zhukov , who visited him in hospital, learned about the American in Soviet uniform. When he heard a description of his adventurous anabase, he ordered him to issue the necessary documents, with which Joe then traveled to the American embassy in Moscow. 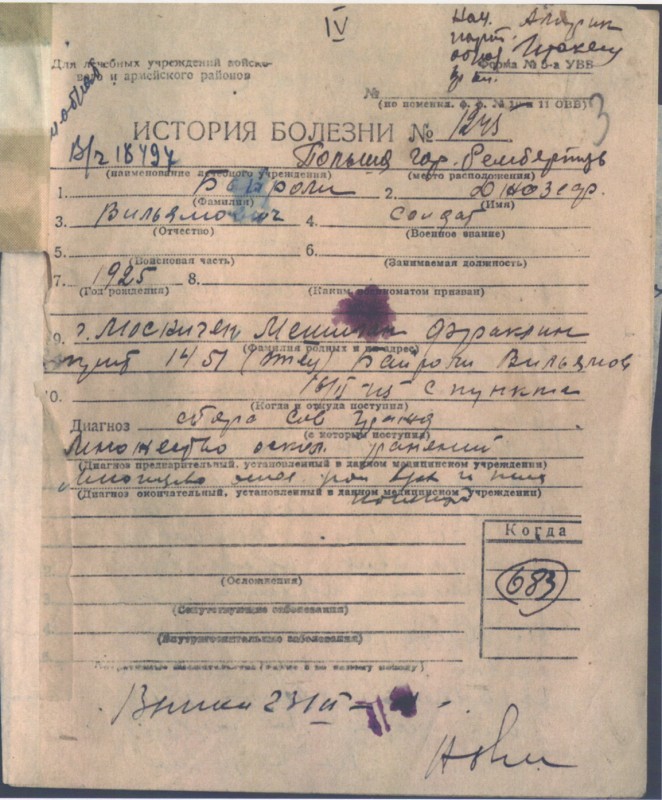 In Moscow, however, the embassy did not expect Beyrle's warm welcome, but rather embarrassment and mistrust. Why? For a simple reason. Sergeant Joseph Beyrle was found dead on the Western Front on June 10, 1944 and subsequently buried. Information that he had fallen in battle was marked in his personal file, and a mourning announcement was also sent to his loved ones, who held a mourning mass for him in the church in his native Muskegon.

But how could they bury Joseph Beyrle when he was in captivity? The explanation was as incredible as Beyrle's whole story. During the first capture, the German soldier took the sergeant's identification mark. However, it was not just a souvenir for him, but a ticket to freedom. This German soldier decided to desert and had Beyrle's " Dog Tag " and a uniform he took from another American prisoner. However, his plan did not work out and he was shot while trying to escape. His body was later found by Allied soldiers and, according to the mark, he identified the body as Sergeant Joe Beyrle. This was confirmed in 1948 during the exhumation of the soldier's body, when, in addition to Beyrle's stamp, a German stamp was also found in the pocket.

Fortunately, in the US Army, at that time, each soldier was taken fingerprints when he was admitted to the army, so after several days spent in a hotel room guarded by American soldiers, Beyrle's identity was confirmed from the USA. After making American documents, Joe traveled from Moscow to Odessa and from there by boat to the USA.

He arrived in the United States on April 21, 1945, and in addition to his return, he soon celebrated the day of victory over fascism. He married in 1946, and the wedding ceremony took place in the same church and was celebrated by the same priest who had served a funeral mass for him two years earlier. He worked at Brunswick Corporation, where he worked for 28 years.

His heroism was rewarded with several high American and Russian medals. On the occasion of the celebrations of the 50th anniversary of the Allied landings in Normandy in 1994, he even received honors from US President Bill Clinton and the President of the Russian Federation, Boris Yeltsin . Details of the awards are given in the table .

Joseph Beyrle died in sleep on 12 December 2004 during a visit to training camp in Toccoa in the American State of Georgia , where he began his parachute training in 1942. He is buried in the national cemetery Arlingtonskom in the State of Virginia (Arlington National Cemetery).

It is interesting that both of his sons walked literally and figuratively in his father's footsteps. The eldest son of Joe Beyrle II served in the 101st Airborne Division during the Vietnam War . That is, in the same one in which his father fought during the Second World War.The younger son John Beyrle was again the US Ambassador to Russia from 2008 to 2012.