Viktor Mikhailovich Chebrikov - head of the KGB for six years

Viktor Mikhailovich Chebrikov was the only post-war high party and government representative of the Soviet Union who went through World War II as a first-line soldier. He was wounded three times in the fight and also took part in the liberation of Czechoslovakia. For six years he led the secret service of the Soviet empire to end up as the head of security of a popular singer at the end of his career.

The future top representative of the dreaded Soviet KGB secret service was born on April 27, 1923, in the Ukrainian city of Yekaterinoslav, later renamed Dnepropetrovsk, in a working-class family. Despite his place of birth, Russian was always written in his nationality column. A year before the outbreak of war, in 1940, he graduated from high school in his hometown and in the same year began his first semester of study at the local University of Metallurgy.

However, he managed to complete only the first year, because on June 22, 1941, the troops of the Hitler coalition attacked the Soviet Union, and a few days after that, specifically in July 1941, he was drafted into the Red Army. As an educated man, since most recruits had only a basic education, was included in the Zhitomir infantry schools, where he graduated from the accelerated military courses completed early in 1942, to the so-called Fighting army, therefore, to be enrolled in combat units, was the rank mladšij lejtenant ( second lieutenant ) assigned on June 27, 1942. The mortar team under his command, as part of a rifle regiment under the 64th Army, participated in the hard fighting on the Stalingrad Front. The fierce of the fighting is also evidenced by the fact that after less than three weeks at the front, the junior lieutenant Chebrikov was severely wounded. And even that, in fact , "over-served ", as the average life of a Soviet infantry soldier was only a few attacks. The mortar staff he commanded had a slightly longer " lifespan " because they usually operated at a greater distance from the front line. It is therefore not for nothing that these struggles have been compared to a meat grinder. The tactical maturity of Soviet commanders in the first half of the conflict lagged far behind the enemy's tactics and military art, resulting in huge losses in the manpower of Soviet troops. 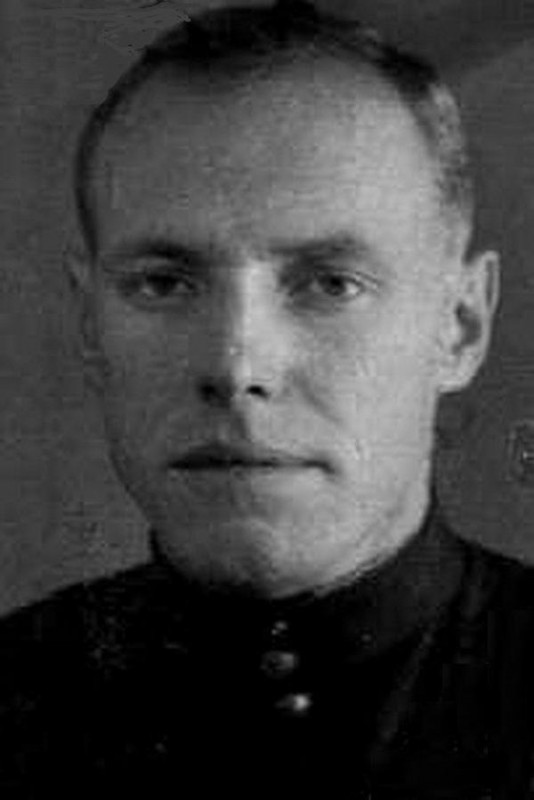 VM Chebrikov in the rank of junior lieutenant

After healing and returning to the combat unit, the Chebrikov passed through several lower command positions and took part in many battles on the Southwestern and Stalingrad fronts . The fact that he fought tenaciously and bravely is also evidenced by several of his combat honors. The first was the Medal of Courage , which was awarded to him for the liberation of the settlement Jasinovatyj in the Rostov region. The Order of Alexander Nevsky and the Order of the Red Flag followed. From our point of view, it is interesting that he also took part in the liberation of Czechoslovakia and distinguished himself, for example, in the attack on the town of Moravian Ostrava at the end of April 1945.

From a lieutenant to a major in four years

During less than four years of service in the army, Chebrikov was promoted by four military ranks thanks to his abilities, and he ended the war in Prague with the rank of major. He was only 22 years old! In peacetime, he would reach such a rank at the earliest after twelve-fifteen years of service. During the fighting, he was wounded a total of three times, of which once severely and twice suffered moderate injuries. He was repeatedly unconscious, suffering from frostbite, but always returning to combat.He is thus the only post-war high party and government representative in the Soviet Union who went through the war as a first-line soldier and not a service in the rear or staffs of the troops.

After the war, his superiors sent a proposal to include the twenty-two-year-old major in a prestigious military academy in Moscow. However, this proposal did not pass the network of approval commissions. It is difficult today to say how Viktor Chebrikov's service in the army would develop, but given his abilities, it can be assumed to be successful. However, few people dare to estimate whether he would reach the rank of army general, which was granted to him during the head of the secret service.

After being released from the army on May 7, 1946, he returned to the auditorium of his alma mater - the University of Metallurgy in his native Dnepropetrovsk. After its completion in 1950, the fresh engineer Viktor Chebrikov joined the local metallurgical plant, but after only one year in production he was promoted to a political position within the Communist Party. His superiors already noticed his organizational skills at that time, and he did not disappoint their trust. He gradually rose up the ranks of party functions within the race and later the city committee of the Communist Party. At that time, the party secretaries of the city and regional committees had enormous power and influence, as was the case in industrially developed Dnepropetrovsk. However, Chebrikov was not a typical Soviet apparatus sitting in endless meetings and assemblies, directing subordinates over the telephone. He used his authority and knowledge and organized work directly on construction sites and in production halls, thanks to which the plants in his area of work achieved excellent results. Today we would call him a skilful manager, and the war-torn Soviet Union needed exactly that type of executive. His successful work was also noticed by comrades in Moscow, and in 1967 there was a fatal turnaround in his career as a political worker.

An offer that is not rejected

In the aforementioned 1967, Viktor Chebrikov was summoned to the capital of the Soviet empire before the almighty general secretary of the Central Committee of the Communist Party of the Soviet Union (hereinafter the Central Committee of the CPSU ) Leonid Ilyich Brezhnev. He proposed to him an offer that he does not refuse - to go to the Committee of State Security, which is a translation of the Russian Комитет государственной безопасности - abbreviated KGB. Similar to the American CIA or the Czechoslovak State Security Service. His task was to raise the level of personnel policy in the secret service. Cebrikov did not reject the offer and accepted the position of chief of the KGB personnel.

The myth of protectionism

For a moment, I will come to the conclusion that Chebrikov was " pulled " into the offered position by Brezhnev only because they were natives. However, this is not true. On the one hand, this corresponds to the fact that they both worked in the same factory and were members of the same city party organization. However, due to the fifteen - year age difference, Brezhnev never met Chebrikov, and they did not perform until 1967. 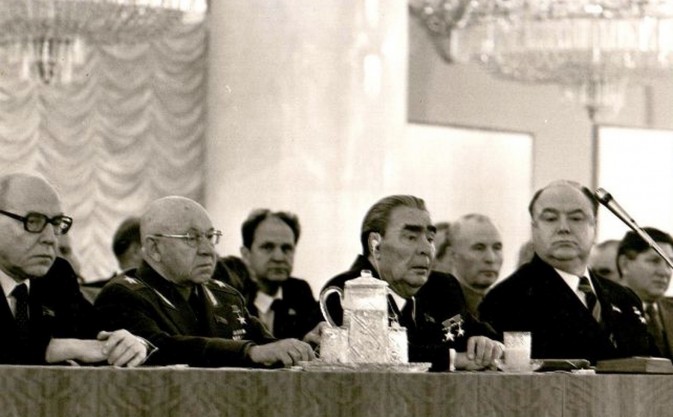 VM Chebrikov ( far left ) and LI Brezhnev ( third from left ) at the All-Union Meeting of KGB Leaders and Troops, May 1981

Apparently, this office does not say anything to those born earlier, but in socialism the function of the head (head) of the personnel department, resp. personnel report will be extremely influential. And not just in the Soviet Union. A bad personnel report was able to literally destroy a person's life, career or university studies. The cadre checks have been drilling in the past, looking for places that could testify to the unstable attitude of the new socialist citizen, the stains on his reputation or the defective kinship.Therefore, when Chebrikov got into this position in the KGB, it meant an excellent start on the imaginary career ladder in this organization. At that time, Yuri Andropov was appointed chairman of the KGB, who formed a new leadership of the secret service under Brezhnev's curatorship. Although Chebrikov and Andropov had not yet met, thanks to Chebrikov's diligence, human decency and the qualities of an experienced administrator, they soon became friends and Chebrikov became a close adviser to the head of the largest communist secret service. Over the years, he changed several management positions in the KGB, advanced on the party rankings and also grew in military ranks. In 1967 he was promoted to major general, in 1972 to lieutenant general and in 1978 even to colonel general. 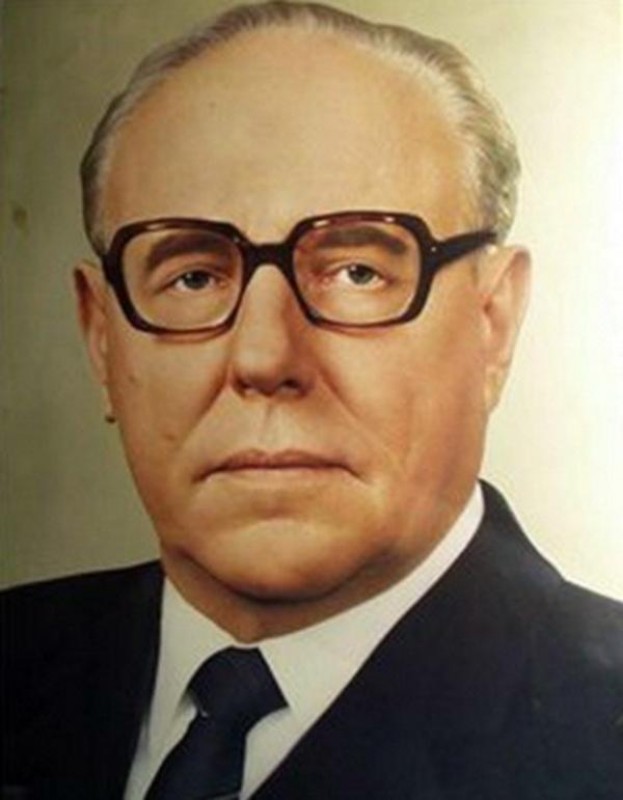 Brezhnev died on November 10, 1982, and on November 12, Yuri Andropov became the new Secretary General of the Central Committee of the CPSU. Given the trust he had in Chebrikov, it is logical that he appointed this close associate to the position of chairman of the KGB. On December 17, 1982, Chebrikov took over the position of its chairman as the sixth in the history of this organization. It will last in it for almost six years. During his leadership, a hard fight against corruption is waged and a number of high-ranking party and state leaders are sentenced to the most severe punishments - the death penalty. On the other hand, he is also fighting hard against dissidents. During his tenure, almost all known opponents of the regime were imprisoned or expelled from the country, which led to the complete paralyzing of the dissident movement in the USSR. 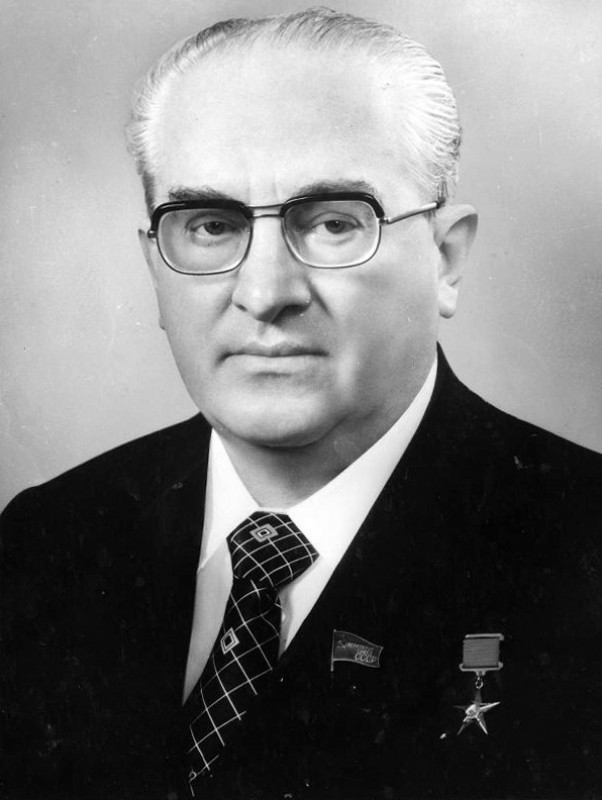 The clouds over the position of the KGB chairman begin to move shortly after the arrival of the reform general secretary of the Central Committee of the CPSU, Mikhail Gorbachev. Although it was the Chebrikov who significantly promoted him to this position in March 1985, Gorbachev gradually removed him from power positions. At first, on the proposal of Gorbachev, Chebrikov was elected chairman of the CPSU Central Committee for legal issues, but in connection with this he was also removed from the post of head of the KGB. And a year later, he is also relieved of his new position and " retired ". He then retired for a time as the head of security for the popular Russian singer Joseph Kobzon.

You can find more information about his promotions and awards on this page.