The Night the Romanov Family Died

There’s some discrepancy on the date, but on the night of July 16 or 17, 1918, Czar Nicholas II and his family were murdered by a group of extremists led by Vladimir Lenin. The events that led to this night pave a long road, but how it happened and what came after are important pieces of Russian history. 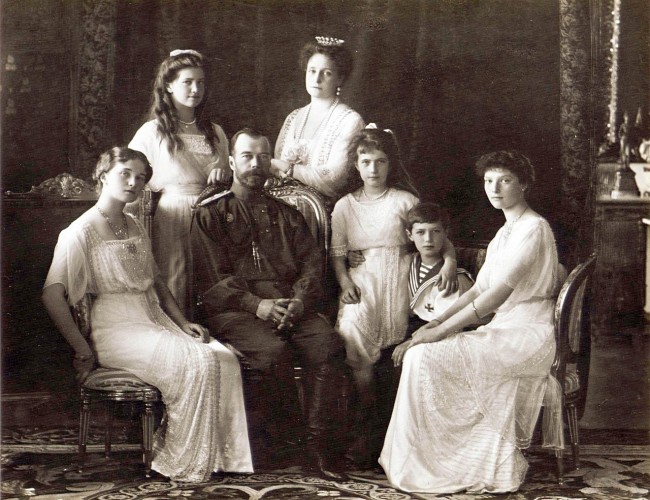 You don’t need the best long range scope to look back and see it coming, because Alexander III ruled Russia with an iron first. When his oldest son, Nicholas II, took over, the people of Russia were already angry with the government.

It didn’t help that he didn’t want the throne, but nevertheless he was there and a series of incidents like a mass trampling of farmers or the public execution of 100 people didn’t exactly turn around the public view.

The public didn’t like his wife, Alexandra, either, due to her influence by Grigori Rasputin, a mystic whom she considered responsible for the recovery of her youngest son, Alexei. Overall, public trust was at an all-time low entering World War I.

After losing 1.8 million lives in the war, the Russian people had enough and staged a revolt in March 1917 that forced Nicholas II to step down from the throne. Later that year in November, Vladimir Lenin created a group of extreme socialists called the Bolsheviks.

Nicholas attempted to get his family and flee to Britain or France, but despite the royal family ties both denied giving them safety and the Bolsheviks captured the Romanov family. They imprisoned the family in Yekaterinburg, in a home known as the Ipatiev House.

There, they endured constant harassment and bullying by the Bolsheviks but stayed hopeful of freedom. That freedom would never come, though, because a short time later came the night of their tragic deaths.

The Night in Question

Unbeknownst to the Romanov family, their captors had brought large quantities of sulfuric acid and benzene to the house days before. The former was to disfigure their bodies and the latter was to burn them, making them unrecognizable.

On the night of July 16 or 17, the family was told to pack their things to be moved to another location. However, the Bosheviks had no intention of doing so and instead proceeded to mass execute the Romanovs.

Though each of the execution squad had a designated target, many shifted their aim to the parents because they didn’t want to shoot the children. This led to Nicholas and his wife dynig a swift death, but many of the family remained alive after the first volley.

To make the situation worse, the children wore undergarments with family jewels stitched in which led to them sustaining multiple non-fatal wounds by the time dozens of rounds were fired. The survivors were subjected to repeated bayonet stabbings and beatings.

Two of the youngest girls were still alive when being carried out according to one of the executioners, before they were mercifully silenced with knives. All of their bodies were then maimed and disposed of in unmarked burials.

Lenin would go on to reward Yakov Yurovsky as the mastermind behind the brutal executions, but his goals were undermined by the actions of that night.

The public weren’t immediately aware that the rest of his family was murdered, but many mourned the loss of the monarchy and some in Russia continue to do so. The irony is that the executions pushed Lenin’s political movements and aspirations aside.

Sadly, the bodies of the Romanov family wouldn’t be found until 1991 after the fall of the Soviet Union. In a forest near the incident, 5 bodies were dug up including that of Nicholas II, Alexandra, and 3 of their children.

Mysteriously, though, the bodies of 2 other children, Anastasia and Alexei, weren’t among those found. This ignited rumors that they had somehow escaped the tragedy, an idea that was even turned into an animated film by Fox. To this day, their fates remain a mystery.

Richard Douglas writes on firearms, defense and security issues. He is the founder and editor of Scopes Field, and a columnist at The National Interest, 1945, Daily Caller and other publications.