This moždíř was the Škoda works of the Polish army. The poles of these mortars bought as the answer for light and medium fortifications that the Germans built along the Polish border. For reasons of design changes (66 changes) and the economic crisis was the first of the 27 moždířů delivered in the year 1933. Attractions the whole of the contract is that for him, the Polish party had paid for the coal. The dust she added it's the company Explosia and nábojky Selier-Bellot). The last of the mortars were delivered in 1935. Dispersing was moždíř transported the length and breadth of the three sections. The first ferry to the barrel with the conclusion of the second lafetu with kolíbkou and brzovratným device, the third section of the transporting base plate (bedrock).

In Poland, the mortars used 1 regiment of heavy artillery. At the beginning have been to transport ammunition and mortars used 6 of the truck Polski Fiat 621. Later got 3 artillery tractors of the type C7P. Unfortunately, in 1939 no longer represent these mortars greater combat value and especially because of the low stock of ammunition. 75 artillery shells on the moždíř and long time the composition of the mortars, according to the instructions is supposed to last up to 5.5 hours! Therefore, were the mortars transferred to the so-called the army of the "Prussians", where to but already nastačily to arrive. Zmobilizováno was 18 moždířů, 11 of which were attended by 22. - 23.9. 1939 battle of Tomaszova Lubelského. After vystřílení ammunition and siege were mortars own obsluhami destroyed. 2 mortars during transport without firing a shot, fell into the hands of the soviet army. 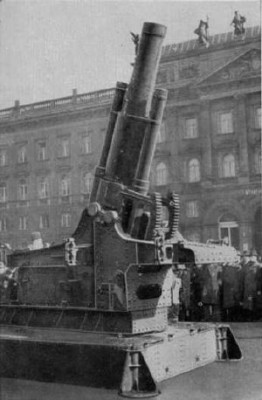 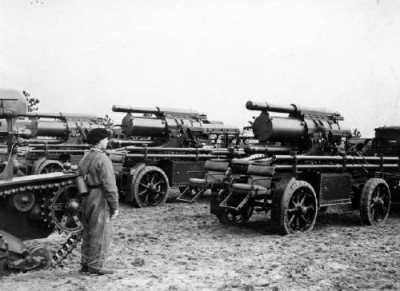 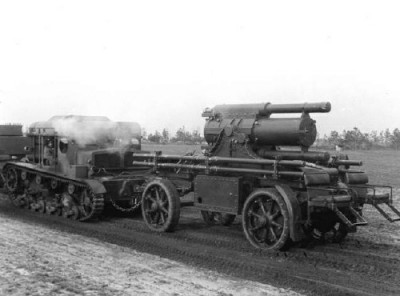 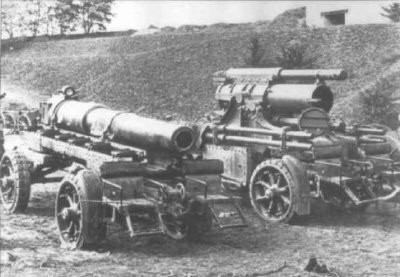