The great wizard of technology

On the one hand, the design of the famous VW " Beetle ", which with 22 million units produced became the absolute most successful vehicle in the history of motoring, on the other hand, a dedicated Hitler armorer who designed one of the most difficult versions of the heaviest tank " Königstiger " and " Elephant ", nicknamed " Ferdinand " in honor of the creator - this is not only the technical but also the human scope of the story of this great wizard of technology, which thus agrees with the Faustian fate of another German, Wernher von Braun . 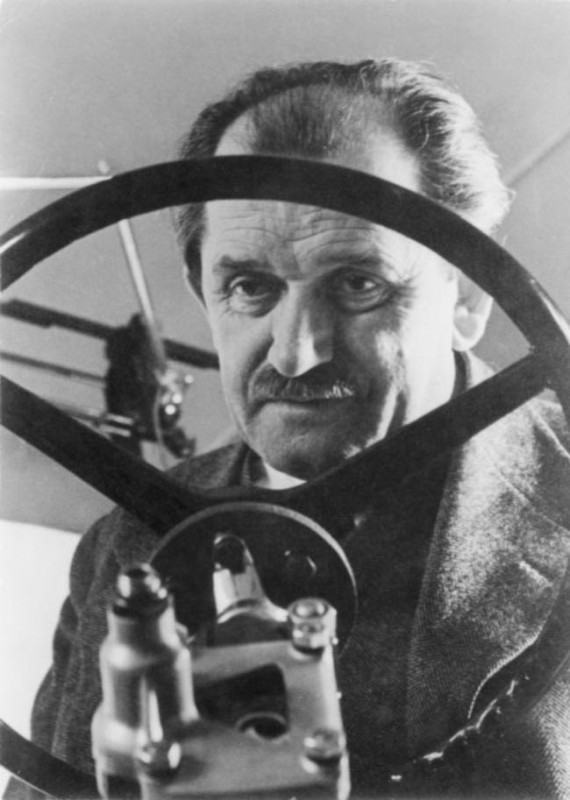 Ferdinand Porsche was one of those we call Sudeten Germans, as he was born on September 3, 1875 in Vratislavice in the Liberec district into the family of a tin metalworker. When he was 15, he electrified his birthplace, including the hand-made generator located in the basement. By 1900, he had dared to build the first car that today's ecologists would like. It was powered by two electric motors, built directly into the wheel hubs. The electric car was an exhibit at the 1900 World's Fair in Paris and made the young designer world-famous. Instead of weak batteries, he then built a petrol engine into the car, which powered an electric current generator for traction motors in the hubs. He then followed this mixed drive in military projects. The technical talent he demonstrated in this way catapulted him four years later to the position of technical director of Austro-Daimler in Vienna. He built the " Maja " car here, which was the name of the second daughter of the Austrian consul Jellink in Nice. But she was not as lucky as her sister Mercedes, the " Maja " car was not good enough to give birth to a new brand. Dr. Porsche was also an active car racer at the time, in 1910 he even won the Prince Heinrich Prize. The Austro-Daimler company worked closely on Austrian weapons programs with the Pilsen-based Škoda, where the young designer found his raison d'être. At the instigation of General von Pragenau and rhythm master Rechl, he proposed in 1908 to motorize the transport of heavy field artillery, with a completely original solution that made it possible to overcome the ascent of mountain roads in the Alps.

It was a motorized road train with a motor ( generator ) car and ten single-axle trailers. The joke was that each axle of the train was driven - by an electric motor, to which a generator car supplied power via a cable. In it, a six-cylinder ( aircraft ) petrol engine with 160 HP powered a 90 kW dynamo. The sets were used to transport a 38cm howitzer, spread over four trailers ( barrel with breech, cradle, left and right halves of the bearing ). With previous tractor designs, these road trains allowed the Austrians to build artillery positions high on the slopes of the Alpine giants during World War I, and Dr. Porsche thus became a pioneer in the motorization of the army, a fact that totally changed the military and the course of the wars. After 1918, some sets moved to the arsenal of the Czechoslovak army as so-called BE-trains. They were also used in the construction of border fortifications. Without their help, it would not be possible to transport armored domes in mountainous terrain to the fortresses under construction.

After the founding of Czechoslovakia, Porsche left for Germany, from 1922 he worked as a technical director at Daimler-Benz, and in 1930 he opened his own design office as a result of the crisis. Its most famous product was the revolutionary P-Wagen race car, the first in the world with a rear engine.After Hitler came to power, Porsche opened up unexpected possibilities. For propaganda reasons, motorsport in green also went green, and Porsche had the full potential of the new Auto Union ( now Audi ) car group, created by merging Audi, DKW, Horch and Wanderer. Here, the P-Wagen concept matured and led to the famous Auto Union V 16 Grand Prix race cars, with which von Stuck, Bernd Rosemeyer, von Brauchitsch and others celebrated successes.

In addition to racing cars, Porsche, together with his son Ferry, also worked on the project of a " people's " car, which should bring motoring closer to the masses. He found an enthusiastic ally in Hitler. He in 1934 ordered the industry to follow this concept with Dr. Porschem cooperated. However, none of the industrial captains wanted, even when a verification series of 60 cars was created under the auspices of the Nazi trade union KdF ( Kraft durch Freude ). Hitler's government therefore announced a general action of investigating 5 marks a week as a deposit for a new car, which was to cost 1,000 marks. Almost immediately, 300,000 depositors signed up, and in the end, the popular car production account amounted to 300 million marks. ( After the war, Volkswagen had great difficulty in paying this amount. It was not until 1961 that a solution was found for participants in the KdF savings - they were offered the purchase of a new " Beetle " with the amount deducted deducted from the price. It was actually the same car and such is the genesis of the famous VW " Beetle ".

Simultaneously with the verification series, a new " Volkswagen " KdF plant was also built near Wolfsburg Castle. However, it practically served as an armory, as the war began, and the " Beetle " in a square combat body was especially famous as a Wehrmacht staff car, as the famous Kübelwagen. His spiritual father was also called to war. He had complete confidence in Hitler and was one of his narrowest weapons advisers.

From 1939 to 1941, the development of the heavy tank "Tiger" took place under the designation VK 3001. The competition included a prototype of the Henschel company and a prototype of Dr. Ferdinand Porsche. Again, he used his favorite mixed gasoline electric motion, which had many theoretical advantages, but was too sensitive in combat traffic. Henschel's VK 3001 (H) won the audition and under the battle name " Tiger " it then became a nightmare for Allied soldiers. Nevertheless, Porsche did not come out empty, on the basis of manufactured chassis was later produced armored monster, tank destroyer " Elefant " with a 88 mm cannon and frontal 200mm armor. Although only 90 were produced, they destroyed hundreds of Allied tanks and caused complete confusion among the Allies. They destroyed all Allied tanks from a distance of more than 2.5 km, while their armor was able to break through the most powerful Allied tanks from a distance of less than 100 meters.

Dr. Porsche, however, did not want to give up the idea of a tank even heavier than the "Tiger", and already in June 1941, his proposal to use a more powerful cannon than the "Tiger" was accepted. After Hitler's enthusiastic consent, the development of the Tiger II heavy tank, better known as the " Königstiger ", began. Two well-known rivals, the company Henschel and the design office Dr. Porsche with the support of Krupp. But Porsche stubbornly adhered to its favorite gasoline power system and failed again. The patch was that Henschel took over the already prefabricated towers from Porsche's design for the first 50 vehicles. A total of 492 of these machines were produced.

For his collaboration with the Nazis, Dr. Porsche sentenced to two years in prison in France. Germany was in ruins, as was the factory in Wolfsburg. Although it was repaired, Allied industrial commissions refused to produce a demilitarized "people's" car.The British, led by Sir William Rootes, concluded that the design of the VW did not meet the basic preconditions for a successful car. The American Ernest Breech, the representative of Henry Ford II., Stated that this offer is not even worth the grandma! It was only after an advertising campaign in the USA in 1959 that a sales success came and the "Beetle" became a symbol of the German economic miracle.

First in Austria and then in Germany, Dr. Porsche where it ended before the onset of Nazism - the construction of a sports car rather than a race car. In 1948, the Porsche 356 model was created ( because it was the 356th construction of the creator ). By 1965, 75,000 of them had been produced. From the very beginning, Porsche cars prevailed in races and rallies, and in 1951 the factory team at Le Mans won its class. This and other successes of the brand, the development from a small sports car to the monsters of the GT Porsche 917-30 class with two turbochargers and with an output of over 1000 HP, already Dr. Ferdinand Porsche could not watch. The great wizard of technology, who contributed to the motorization of the military, actively cooperated with Nazism, but above all substantially changed the character of motoring and thus the face of the 20th century, died in Stuttgart on January 30, 1951.