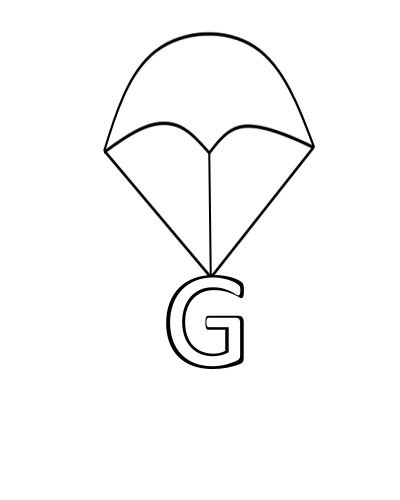 URL : https://www.valka.cz/5-paradesantni-divize-1944-1944-t2981#614070Version : 0
Gebirgsjäger MOD 3 years ago
The loss of German parachute units in the battles of Sicily and Monte Cassino moved the OKL to begin construction of the 5th Fallch.Jäg.D. in the spring of 1944. Units from the first three divisions, soldiers from the Fliegerausbildungs- und Ersatz-Rgter as well as members of the disbanded Luftw.Feld-Divisionen and bomber squadrons were concentrated in the Reims area and used as a basis for the division's construction. The command of the division was taken over by Lieutenant General Wilke, the current commander 1. Luftw.Feld-D. which fought in the area of Novgorod at Lake Ilmen (northern Russia).
The training facilities at Reims, Chteau-Thierry and Chalons sur Marne became the first training areas of the new division. In May 1944, he was transferred to the Rennes/Brittany region for further combat training.
On June 6, after the invasion of Normandy, the division received orders for readiness and deployment. This was followed by a hasty transfer by truck and foot to the battle area of St.Lo and Aire on the river Vire. Here together with three divisions within LXXXIV. AK stopped the first attack of American tank units.
Subsequent artillery and air bombardments in the coming weeks led to the destruction of almost all heavy weapons and the collapse of emergency regimental positions. When the Americans launched an attack on July 26, the main divisional battle line was broken. The US also reached the St.Lo-Coutances road on the first day of the battle.
After US troops at Avranches broke through the German front and advanced through the breakthrough to western and southern France, thus closing the siege 7th Army in the pocket at Falais, where she was also surrounded by the 5th Fallsch.Jäg.D. The paratroopers were without heavy weapons in the forest east of the front at the House and defended the forest area from the south. Kampfgruppen paratroopers, who managed to break through, also took part in the breakthrough of the siege at Falais. But the division could no longer be spoken of as a combat-ready whole.
5. Fallsch.Jäg.D. was withdrawn from the front and in Germany supplemented with men and weapons and finally included in early September 1944 in the newly formed 1. Fallsch.Armee . one Kampfgruppe from 3.. and 5. Fallsch.Jäg.D was temporarily deployed under the command of Ob.Eggershe between Nancy and Lunéville.
5. Fallsch.Jäg.D. stood in November 1944 again fully equipped and ready for further deployment. Just to get involved in the preparations for the German offensive in the Ardennes. The division was subordinated to LXXXV. AK within 7th Army and fought on the right wing at the eastern mouth of the river Our shortly before its mouth into of the river Sauer.
The task for 7. Armee was: securing the southern wing of the overall German offensive group with the distant goal of reaching Antwerp. 7. Armee was the weakest of the German large volumes.
On December 16, 1944, the attack began in bad cold winter weather. 5.Fallsch.Jäg.D now under the command of Major General Helmann, was together with the assigned separate Fallsch.Sturmgeschütz-Brig. 9 overcome the ledge at Clerf. Thanks to the tireless deployment of offensive artillery, this task was completed in the first hours. By evening, the paratroopers had advanced to Vianden and were far ahead of the other units 7th Army. Despite growing opposition from US troops, the division was able to advance, and in the following days reached Wiltz and stood south of Bastogne on December 24, just a few kilometers north of Sauer and the important Martelange Point. But now there was resistance III US Corps and especially 26th US Division particularly large. The troops had to go to the defense. The German advance reached its zenith, and after the weather improved, the Allied air force struck.
5. Fallsch.Jäg.D. began with the order to retreat to withdraw from the area south of Bastogne to the starting positions. The Americans attacked them with tanks during the retreat. The division's units stood in the Wiltz area in January 1945, a month later the weakened parts of the division retreated to the town of Prüm in the Eifel mountains. From here, only some Kampfgruppen retreated - without heavy weapons into the area of Lake Laacher. At the beginning of April 1945, there was no major combat unit named 5. Fallsch.Jäg.D. , the remnants of the division fought their way to the Ruhr, where the combat history of the division ends.
URL : https://www.valka.cz/5-paradesantni-divize-1944-1944-t2981#172769Version : 0
Schlange MOD 15 years ago