URL : https://www.valka.cz/7-5-cm-Pak-40-4-auf-RSO-t8903#375736Version : 0
brano MOD 12 years ago
During the production of the Steyr RSO artillery tractor, the designers came up with the idea of using the simple design of this tracked tractor to create a light tank fighter. By installing the 7.5 cm PaK 40 anti-tank gun, they got a cheap and easy-to-manufacture machine. The conceptual design (drawing H Sk B 82838) was submitted by Rheinmetall Borsig on 28 May 1943. The project was presented to Adolf Hitler at the Speer conference on 4-5 August 1943. The WaPrüf 4 requirement was for easy mounting of a standard gun and its breech. A fully circular sight and the possibility of disassembling the cannon and using it in its original towed version were required. The requirement was also for a platform on which the cannon could be stored without the need to modify the basic platform.

In 6/1943 the first prototype was built. A complete anti-tank gun 7.5 cm Pa.K.40/4 L/46 Pa.K.40/4 was loaded on the stowage area of the prototype RSO Fgst.Nr.V4 standard tractor. It was a test of the vehicle's load capacity, the gun had its limited range, for firing at targets it was necessary to maneuver the whole vehicle. The vehicle carried a supply of 30 rounds. In 7/1943, the prototype received a modified crew cab and the gun was mounted on a relatively high pedestal. These modifications gave the vehicle the ability to fully sight the gun. On 7/13/1943 the prototype passed gunnery tests. The vehicle carried a magazine of 28 rounds. On 30.7.1944 the prototype was again modified. The vehicle adopted a low sheet metal cab, the front of the cab was wedge-shaped, the sides were perpendicular. The gun rested on a lower pedestal, the gun was demountable and could be mounted on the standard chassis of the towed version of the Pa.K.40 gun.

On 9/9/1944 the prototype was given a folding frame structure on which a full canvas canvas sheet was stretched in case of inclement weather. The prototype was presented to Hitler on 1.10.1943, who was enthusiastic about the vehicle and, after testing a test batch, demanded production of 400 vehicles per month. The OKH GenStdH/Org.Abt. report of 7.10.1943 states that 50 tank fighters were to be distributed as follows: Pz.Jg.Abt.743 (28 pcs), Ski-Jäger-Brigade (12 pcs) and 10 pcs were to be in the Army Reserve. A Wa J Rue (Wu G 6) report of 1 November 1943 stated that a 60-piece verification series was to be produced. So far only two prototypes had been completed. On 11.11.1943 Hptm. Windemuth (Stab des Panzeroffiziers beim Chef GenStdH) reported that the results after gunnery testing were unsatisfactory and design changes had to be made. For the deployment of this tank interceptor, a supply vehicle was also needed to carry accessories, e.g. a simple crane for folding the gun from the interceptor, a supply of ammunition and part of the gun crew. If possible, the vehicle was to be modified so that all equipment could be carried on one vehicle. However, the advantage of a pair of vehicles was that if one platform was damaged, there was a second one in reserve on which the gun could be moved.

Although the project had high support from Hitler himself, mass production was rejected on 4 June 1944. This was due to the poor response of the army units when testing the vehicles. The vehicle was overloaded and slow, and for being virtually unarmored it was too large a target for the enemy. The ordered batch of 60 vehicles was to be completed and further production was not to proceed.
The completed tank fighters were assigned to these units:

205th Infanterie-Division
On 28 May 1944, H.Gr.Nord ordered a trio of fighters for the mobile platoon of this unit - however, the vehicles were only used sporadically and not in the front line due to their platform design

281. Sicherungs-Division
On 28.5.1944, H.Gr.Nord ordered three fighters for the mobile platoon of this unit - however, the vehicles were used only sporadically and not in the front line due to their platform design 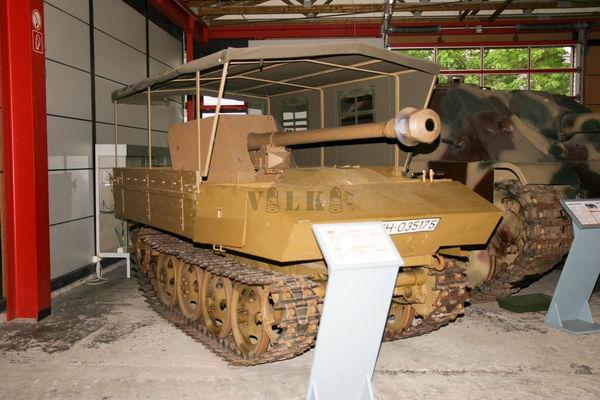 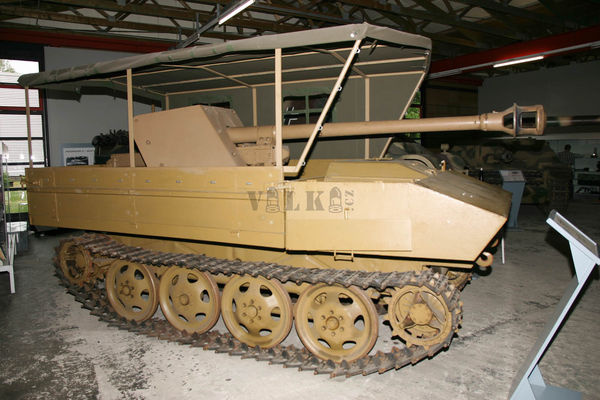 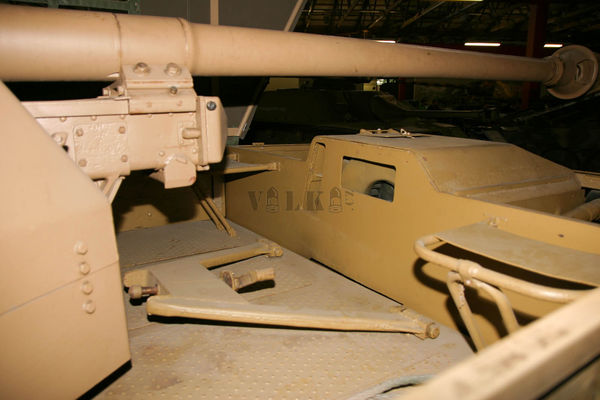 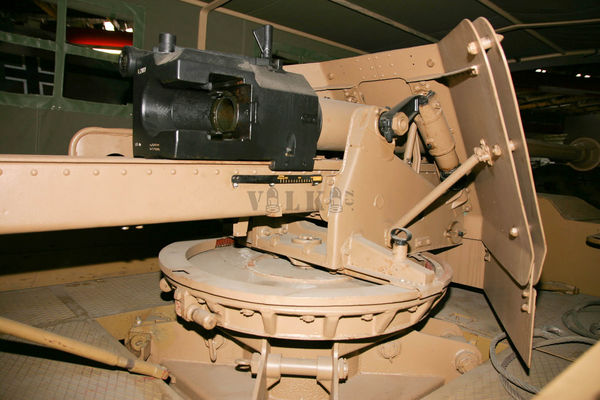 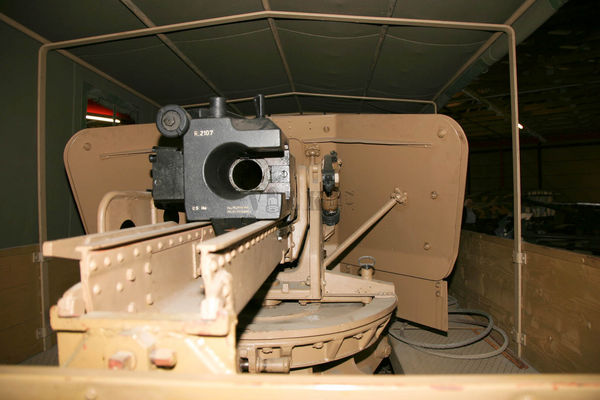 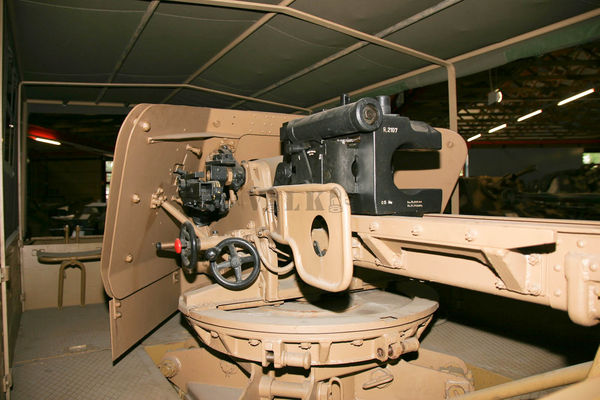 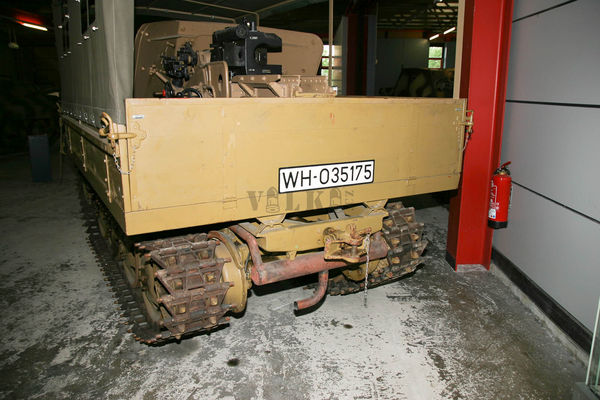