URL : https://www.valka.cz/AMR-35-ZT-4-t65351#539455Version : 0
brano MOD 6 years ago
In the 1930s, French colonial units already had considerably obsolete types of armored vehicles and tanks. Old Renaulty FT were used, of the newer types there were armored cars Laffly 50 AM. Therefore, it was decided to modernize the armament of colonial units. The choice fell on the type AMR 35. The machines had to operate in more climatically demanding conditions, so they had to be adapted to it (they had to have an improved ventilation system). Originally, the production of 30 pieces of tanks was planned, later the order was expanded by another 70 pieces. However, a total of 55 tanks were produced for colonial units in the period 1936-1938. Most of the machines probably ended up in colonies in Indochina and China. In 1936, 21 pieces of tanks with a tower from tanks were made FT (12 pieces had a mounted 37 mm cannon - location where they were sent unknown, 6 pcs with 8 mm machine gun - sent to units in Hanoi in Vietnam and 3 more were made with a tower [i:aaaaaa ] Avis with 7.5 mm machine gun - sent to Chinese Tien-Tsin). In 1937, 3 pieces were made with the Avis tower and sent to Tien-Tsin. Another 31 pieces of machines with the Avis tower were manufactured in 1938 (the place of operation is unknown). In 1940, 40 tanks were moved from colonial units to France. There are known shots of machines that were not equipped with towers after being captured by German troops. The curiosity is that these machines with the tower Avis were located in the deployment of regional German units ( Division zbV 539) 5/1945 in Prague. The captured tanks were then used by insurgents, and after the war, these machines were in the army warehouses of the post-war Czechoslovak army. 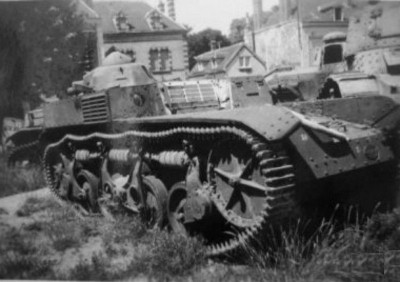 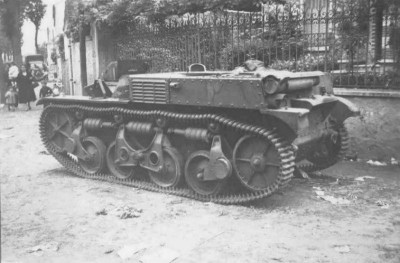