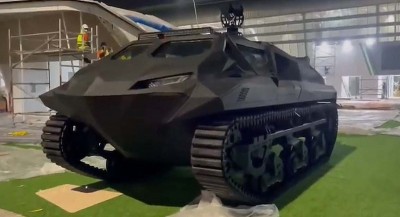 
Short history of Storm (,торм)
The hybrid vehicle was originally designed and developed in Kiev, but at the beginning of the Civil War, its development did not meet the understanding of the Ukrainian Ministry of Defense, although driving tests on the Dnieper showed the correctness of the chosen concept. That is why Oleksandr Kuznetsov and a group of five technicians were looking for a more welcoming environment abroad. In September 2020, the company Highland System was established in the United Arab Emirates (hereinafter UAE), which assembled a prototype in the Streit Group armory in five months. Thanks to the financial support and helpfulness of the authorities, they were able to order the required components worldwide without any problems. For example, an electric battery designed according to their design was manufactured in the PRC by a company that manufactures car batteries for Tesla electric cars. Futuristically shaped armor was delivered from Finland. Shock absorbers with the required load of up to 65 tons (637.43 kN) were supplied from Australia and excellent rubber belts were cast in the neighboring emirate of Sharjah.


The Štorm vehicle was presented to the professional public in the United Arab Emirates at the IDEX-2021 exhibition at the Streit Group stand.


The above-mentioned chief designer states: "This is the world's first hybrid multifunctional floating armored vehicle that is powered by an electric motor. It can withstand waves of up to 1.5 m during sailing. The used diesel generator ensures that the batteries are recharged even while driving.The vehicle can be used to move troops, support the Coast Guard, transport a wreck and transport the wounded.In desert conditions, where other equipment fails, our vehicle is able to fulfill this task ... Maximum speed of movement after sand is not available for most modern SUVs ... Storm can drive without stopping for 18-36 hours. "


A few personal observations and reflections
It amazes me that the chassis of archaic appearance and fragile construction is capable of such great performance for several hours. I would be interested in the driving characteristics of the vehicle in mountainous and swampy terrain.
I find the structure of Highland Systems strange because it puts a contact in Ingrams Well House ( 52 ° 02'16.543 "N 00 ° 44'13.998" E) in Sudbury, UK, instead of being some of the industrial districts of Abu Dhabi (Industrial City of Abu Dhabi), or Ras al-Khaimah (Ras Al Khaimah) and uses a website with the Montenegrin domain "ME".
Therefore, I am not surprised that journalists consider these tactical and technical characteristics to be untrustworthy and allegedly overwhelm the authors with skeptical questions and comments. Work is underway to obtain these critical studies. 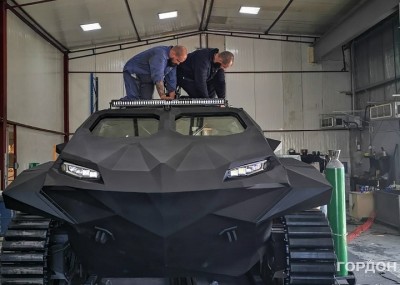 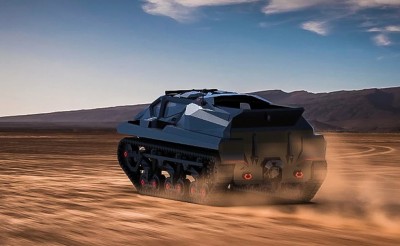 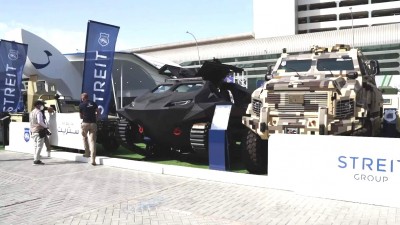 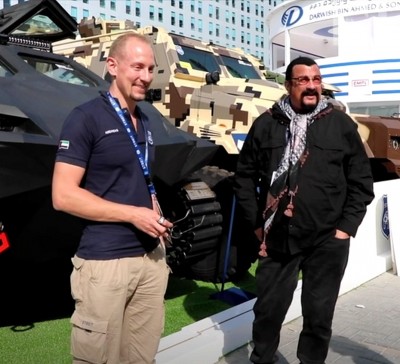