She was born 27. September 1922 in Usmani in Šepetovky in Ukraine. Her father was a native of Silesia and mother Czech. After her husband's death to her mother the second time she got married and shortly before it broke out war, she left with two daughters - Wanda and Vera, to the birthplace of his second man in the village Koltubanka, not far from Buzuluk.

In February 1942 they were Vanda, her mother, sister and stepfather among the first volunteers who signed up to the newly forming czechoslovak unit In Buzuluk. Vanda was assigned to the replacement company 1. csl. independent battalion, where she underwent military training. Her results in the shooting were so good that, together with the M. Ljalkovou recommended in a special three-month course sniping. For his combat baptism 8. march 1943 in the battle of Sokolov, have ever demonstrated an excellent shot at disposing of a few enemy scouts and one sniper, was awarded the Czechoslovak war cross 1939 and promoted to the enlisted rank. In the autumn of the same year he participated in the liberation of Kiev and western Ukraine and of the soviet command of her appreciated the granting of the Order of the Red star.

In 1943 she married a member of the army corps, and adopted his name - Vielošíková. Together with her husband in January 1944 in Efremov applied to the emerging 2. csl. separate paradesantní brigade. She graduated from the gradually medical, radiotelegrafický and paradesantní training, which completed in Proskurově. As health of a company through heavy fighting in September 1944 near Krosno, where he created the assembly point of the brigade prior to its deployment on the territory of the insurgent Slovakia. Vanda was with his unit planted at the airport Tri Duby in the Chosen, where she served in a field infirmary until the defeat of the uprising at the end of October 1944. Then with the rest of the brigade completed the arduous retreat to the mountains and under difficult conditions through to the Lomnisté of the valley. 30. November was the headquarters of the brigade attacked by the criminal divisions of the ss, in which Vanda stepped up to the plate, when in battle she nursed the wounded and fire from the submachine gun to reflect the onslaught of dotírajících attackers. Sam has volunteered as a clutch, went through the positions of the enemy and brought in reinforcements. For the heroism she was awarded second Czechoslovak war cross 1939 and the Order of the Slovak national uprising 2. degree. In the Slovak mountains, however, she got sick, severe gout, and in February was transported to the hospital in the Lower Lehotě. There, however, vyslídilo the gestapo, was arrested and from 3. 17. march held in Banska Bystrica. After the liberation of the city was relocated on the after-treatment of the Kežmaroku.

After the war, she worked for several years in the army, but for the deteriorating health she had to leave in advance. Then she worked as a saleswoman until the mid 80's. years, when she retired. After the death of her first husband the second time she married Francis Lísku and in 1960, she was born the daughter of Eva.

Sources: Military personalities of the czechoslovak resistance 1939-45, a team of authors
In. Silent: by the SIDE of MEN. 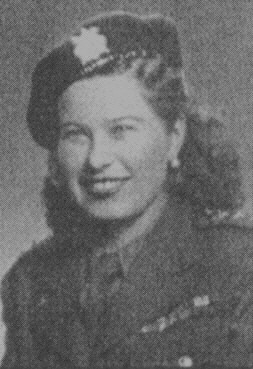 About Sokolova included formally as a nurse.
In 1948 it received Sokolovská commemorative medals.
URL CZ: https://www.valka.cz/Binevska-Liskova-Valentina-t33162#128261Verze : 0
URL EN: https://www.armedconflicts.com/Binevska-Liskova-Valentina-t33162#128261Version : 0
Dav 15 years ago
Participated in a dramatic retreat to the mountains, over the dorsum of the Chabenec, in a group, in which both the Jan Šverma.

After the captivity of her Gestapo kept 3.-17.3.1945 in Banská Bystrica. She was questioned and tortured, but managed to get her from captivity with the help of one of the Slovak ids to flee. She escaped to the partisan group "Stalin", which in April 1945 in Kežmaroku teamed up once again with 2. brigade and later with 1. the army corps.

The war ended with the rank of sergeant

Remained in the army as a career soldier. Served as commander of the liaison group 1. the military field.


For combat activities she was awarded the honors :

Čs. medal For bravery before the enemy,
Čs. war cross 1939,
The order of the Slovak national uprising II. cl.,
Čs. medal for merit II. degree,
Sokolovská commemorative medal,
Order of the red star,
Soviet medal for the victory over fašizmem 1945,
Dukelska commemorative medal,
Medals to 20. the anniversary of the SNP,
Čs. commemorative medals with the label of the USSR,
Badge of czechoslovak. guerrilla,
Medal of honour 1. the degree of Meritorious fighter against fascism,
Medal of honour 2. the degree of Meritorious fighter against fascism,
Commemorative plaque to the 25. anniversary of the battle of Sokolov,
Medal VG SNP for the valuation and recognition of merit as a direct participant in the fighting for Sokolovo,
Badge 4. Ukrainian front,
Orděn Otěčestvěnnoj war 2. degree (14.9.1988),
Badge of honor CFFA,
For the credit NUMBER 2. degree as departmental honorary recognition OF,
Commemorative medal for cooperation with the museum in B. Bystrica,
Badge paratrooper čs. the people's army