https://axis101.bizland.com/HungarianAwards3.htm.
URL : https://www.valka.cz/Medaile-za-statecnost-1922-t236317#49944Version : 0
Schlange MOD 17 years ago
Hungarian medal For bravery was founded in 1922. Its appearance suggests that the admiral Horthy was inspired the famous austrian medals bravery, whose tradition goes back to the government of the emperor of the of Joseph II.

On 14.04.1939 medal is extended to four classes, exactly according to the pattern of the austro-Hungarian medals and their distribution after the year 1915. And these medals are divided into:

These medals as it was in the former imperial army intended to award the personal bravery privates and non-commissioned officers of the army. The deployment of the Hungarian army, fighting on the eastern front, required to appreciate and vyznamenat officers of the army, who might have been able to be dekorováni schedules, but the valuation of the personal bravery of the officer best expressed just the gold medal For bravery, so again the similarity with the medals, which for their officers founded by the emperor Charles I. in 1917, and when this tradition in the Hungarian army and the company was sufficiently well known and follows a decorated soldier or officer was honored and weighted. There is no exaggeration, if we will compare the Gold medal For bravery to the famous order of "Pour le Mérité“ or with the Knight's cross the Iron cross 1939.

In the event that the medal was granted to the officer on the ribbon is to consolidate small svatoštěpánská crown with two crossed swords. (see picture)

The numbers of awarded medals:
The Hungarian faleristická literature suggests these figures:

The inventory of officers with a gold medal For bravery exists, for the expert of the Hungarian language is not a problem to have these names to search for. Collectors militárii and monuments from the period of the 2.world war in Hungary engaged in just this medals lot of attention. All the originals are rare and expensive. It is quite understandable that granted the originals are carefully retain, on the "everlasting memory". The uniform of the soldiers were worn mainly by replacement of the excavation,and made of base metal and silver plated. Genuine original excavation are carefully embossed, marked and puncované. (see figure.) Your design these are the medal after the page faleristické perfect, honoring the bravery of a soldier-citizen of the Hungarian kingdom in the years 1922-1945.

The last commander of the Hungarian army Gustav Jány he fought with his soldiers mainly on the territory of the Hungary. The soldiers bravely defended his country against units of the Red army. Even in these battles was granted a greater amount of medals For bravery. Gustav Jány, the wearer of the high of the Hungarian and allied honors (Knight's cross of the the iron cross 1939) was in 1946 executed. His battle kind of Bela Miklos von Dalnoki with his army defected to the soviets and later becomes head of the provisional government in Hungary. This is the reality of the war, which does not diminish the bravery of the soldiers and officers of Hungarian generals. 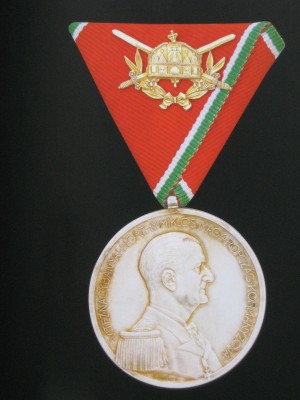 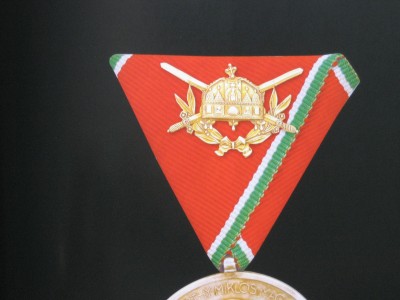 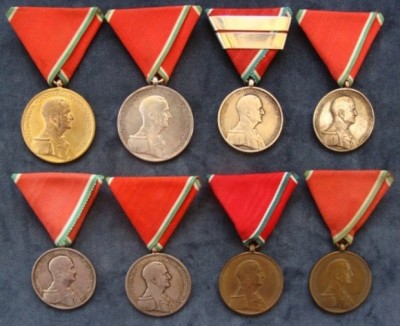 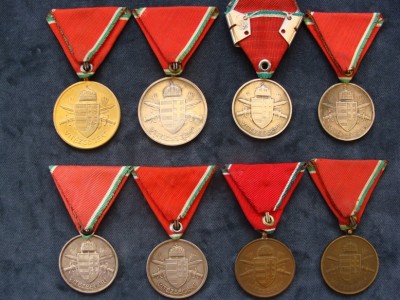 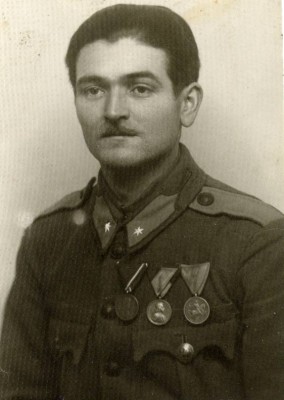 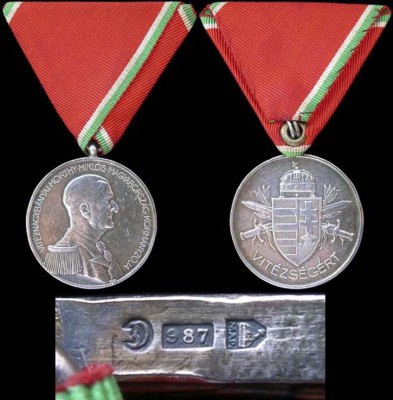 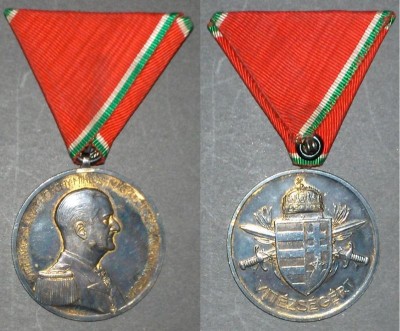 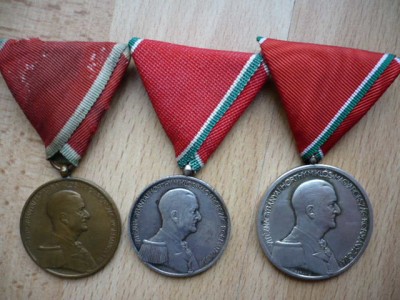 URL : https://www.valka.cz/Medaile-za-statecnost-1922-t236317#317463Version : 0
Altmann 12 years ago
The successor states of the former austro-Hungarian empire did not completely zatratily orders and decorations awarded before the year 1918. Here at the Hungarian medal For bravery-so, as we have shown, no one can doubt the idea of admiral Hortyho, which already in the year 1922 this medal is for the use of the army and the police was founded with the idea to appreciate the brave citizens of the country. The hungarians managed to the honor and glory that belonged to the soldiers in the trenches of the year 1914-18, return the ideal of these medals, which they could rarely receive even army officers.

In the figure we see one such original medal intended for the Hungarian officers for personal bravery. The medal is very carefully excavated, was zlacena and is intended as a high reward For bravery. The band is fastened crown Sv.Stephen with swords.

On the next figure we can also see how you old mobilizovaní soldiers were ribbons of their medals. The memory of the Great war was still a living.

The literature is listed in the introductory part of the essay. 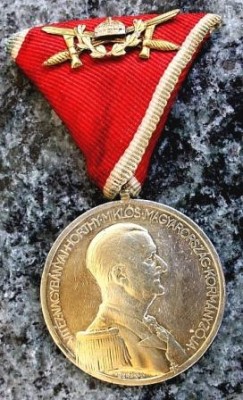 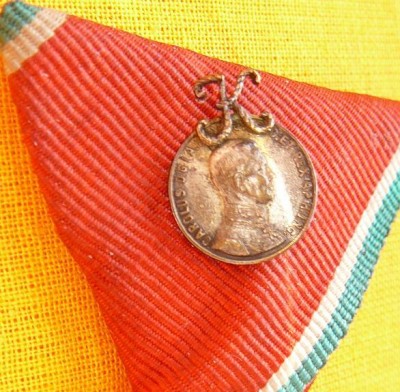