The vehicle is designed to ensure the medical support for units of the land forces conducting combat and special missions in military and non-military threats to the Czech republic. The transporter is able to follow the combat (mechanized infantry) units and identify the wounded in the day, at night and in reduced visibility. Ensures rapid transport of the wounded from areas of combat activities in places of first aid. Equipment KOT-Zdr allows you to perform emergency medical procedures directly in a moving vehicle. In the event of an emergency it is possible some acute interventions carried out in the stationary car.

The crew of the KOT-Zdr consists of three persons: the squad leader, the medic and the driver, who also fulfils the role of the gatherers of the wounded or operates the charging machine. Remedy allows you to transport the following number of wounded persons:
- four lying or
- eight seated or
- two lying and four sitting

The chassis and drive system of the transporter is identical to the basic combat versions KBVP Pandur II CZ. In the middle and the rear of the vehicle is located in an elevated superstructure for the transport of wounded and medical equipment. The internal height of the superstructure amounts to 1650 mm. In the left front sits the driver and the commander. The medic sits with his back to the direction of travel at the counter of the engine-transmission compartment. To the basic medical equipment transporter include:
- modular system ECG Corpuls3 (defibrillator/pacemaker monitor and an ECG)
- two automatic resuscitation device Oxylog 2000
- manual křísící device AMBU Mark IV
- mechanical foot operated breast pump AMBU Twin
- battery-powered aspirator Laerdal LSU 4000
- two 10litrové oxygen tank with a divorce for 4 persons
- refrigerator with a volume of 10 l
- four folding stretcher
- vacuum mattress
- set for fixation of the spine
- the set of vacuum splints

Enterprise testing of the prototype KOT-Zdr have been completed 13. may 2011. Subsequent control tests were scheduled on the 16. may to 22. July 2011. For the needs of the Army of the Czech republic were purchased a total of four transporters, KOT-Zdr. Two cars were delivered in 2011 for the amount of 87 828 043 Czk, the remaining two specimens followed in 2012 for the sum of 89 585 453 Rubles. KOT-Zdr were introduced to the equipment 41. and 42. mechanized battalion..
URL : https://www.valka.cz/CZE-AUT-KOT-Zdr-Pandur-II-CZ-obrnene-zdravotnicke-vozidlo-t126441#428756Version : 0
Martin Smíšek MOD 10 years ago
The prototype of the KOT-Zdr Pandur II CZ not long after its completion on the corporate image.. 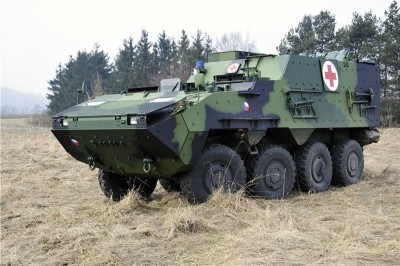 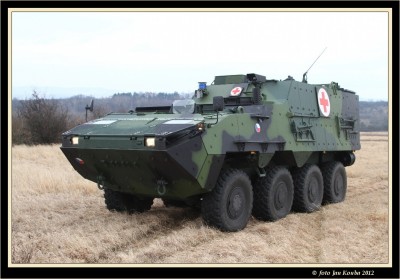 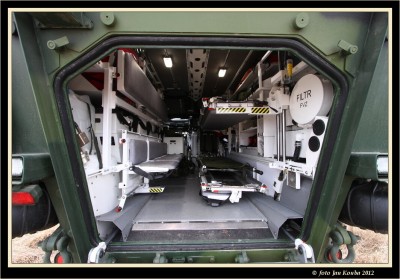 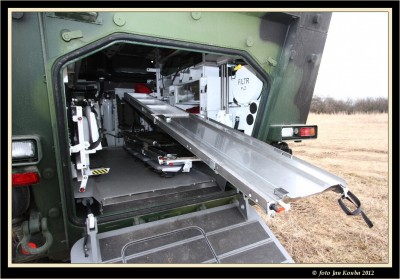 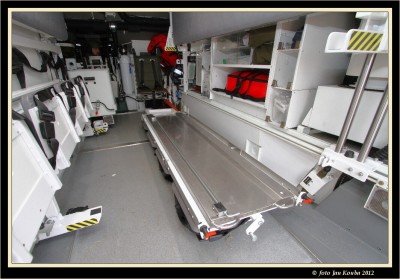 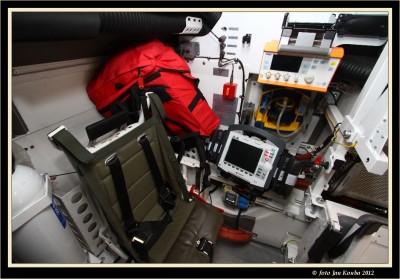 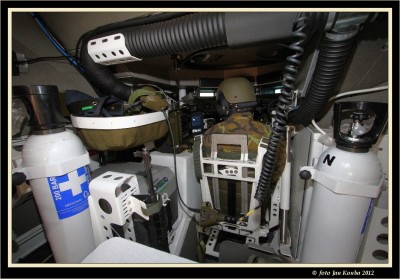 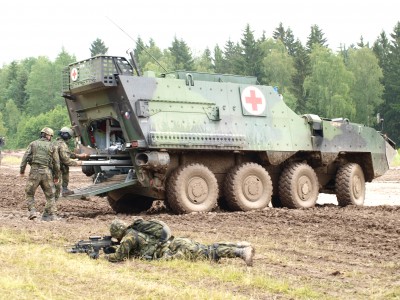 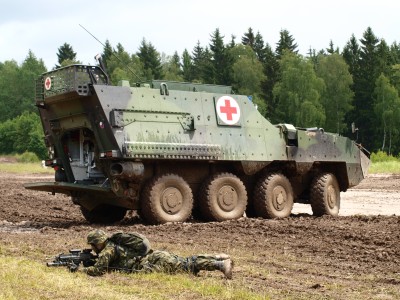 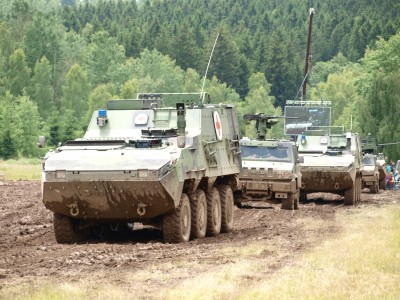