Lightweight handheld mortar (LRM) vz. 99 is a very light gun with a smooth barrel, designed to destroy live forces, and techniques of the adversary, where it is not possible to hit the direct shooting (the odvrácených slopes, in ravines, etc). Spoušťový mechanism of the weapon allows you to function with a fixed zápalníkem (autoperkuse), or firing using the trigger located in the madle of the mortar. The gun does not have brzdovratné equipment, trojnožku, nor náměrový, odměrový or náklonový mechanism. When firing a gun is only leaning on the ground and the shooter holding it in your hands. The firing of the habitat of the mortar, it is thus possible to establish and cancel very quickly and virtually anywhere. Most of parts is made of strength aluminium alloys, titanium alloys and plastics. The construction contains only necessary number of components, which can be easily dismantled and maintained. Integrated liquid sight clearly displays the distance of shooting. The modular design allows production in a number of variants in terms of features and equipment. The weapon is primarily designed for airborne and special forces.


Technical-tactical data
The caliber of the weapon (according to STANAG NATO): 60,7 mm 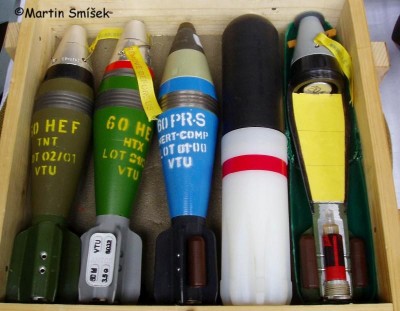 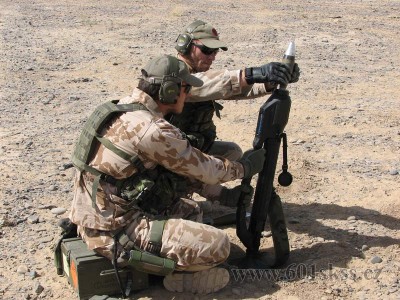