A brief history
Directorate opevňovacích work (ROP) required for the coverage of the deaf space of the mortar, small arms. The assignment was made in 1935, but the exact requirements on the calibre and technical parameters of the arrived in a Skoda car in march 1938. In September of the same year, the pilsen zbrojovka added two prototypes to palebným testing on an impromptu factory shooting range in Nekmíři. After the removal of the identified shortcomings followed by 2. and 3. march 1939 in the Project troop tests and at the shooting range in Bolevci 4. march of the same year. After these tests, the commission acknowledged the ROP gun for suitable for introduction to the equipment. The armament, however, the weapon officially has not been introduced.

After the occupation of Czechoslovakia, the Wehrmacht (Wh.) drove at the end of march one prototype for testing at the shooting range in Doberitz and the second piece left to place and test in pancéřovém bell German army log cabin KS-14 "U cihelny". In the tests rychlopalby performed 18. and 19. October 1940 were the deficiencies in the supply of weapons ammunition. The total has been shot 186 wounds. Further fate of the prototypes, the B10 is not known.

Note
The original text revised on 30.10.2011.
The photo was taken from the below sources. 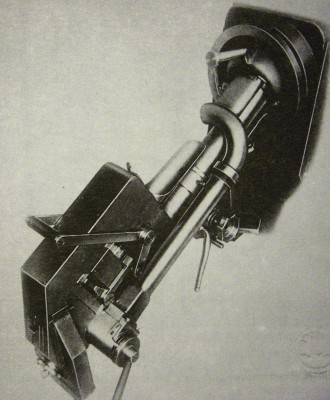