Weapon system Skoda with a horizontal wedge in conclusion, the design of Ing. Wilhelm Kraft, produced in the years 1925 to 1935 a joint Stock company, formerly the škoda works in Pilsen, extensive modification of the gross howitzers pattern 14/16 caliber 15 cm.
The production gave a total of about 350 units for domestic use, dozens of other pieces were made for export to the Iranian empire, the Yugoslav kingdom, the Romanian kingdom and the republic of Turkey.
The gun consists of two transport units, the main with the conclusion and the cradle with the gun mount. Steel the barrel was made up of a cloak, soul and ass just to conclude, the cradle was supplemented by a hydraulic brake, air vratníkem and vzpruhovým vyvažovačem, which allow the automatic regulation of a variable zákluzu mainly. Chobotová the chariot consisted of two parts with a shield, wooden wheels, and a separate aiming mechanism.
During transportation the barrel was the dragged on the special hlavňový car and the howitzer was transported in two units, each driven šestispřežím.
The shooting was used concussion grenade vz. 25 caliber 15 cm and a timing grenade vz. 25 caliber 15 cm.
In the autumn of 1938 was available a total of 340 howitzers, which were placed in service with 12 regiments of the choral artillery.

Literature:
Fidler, George - Woodcock, Václav: the Encyclopedia of military power of czechoslovakia 1920-1938. Prague, Libri 2006..
URL : https://www.armedconflicts.com/CZK-vz-25-15-cm-hruba-houfnice-t44704#175404Version : 0
Jiří Fidler MOD 14 years ago
I'm sending photos of the crates on the 4 prochové filling in that howitzer. The crate was made, reps. passed in 1936 in the Skoda factory. During the war was a crate stamped German přejímacími brands. : Cartridge is from 1934.. 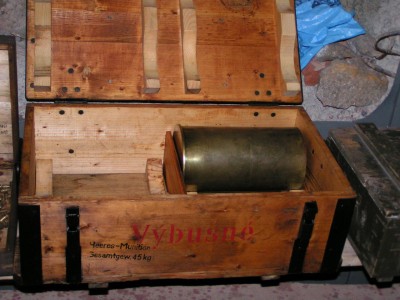 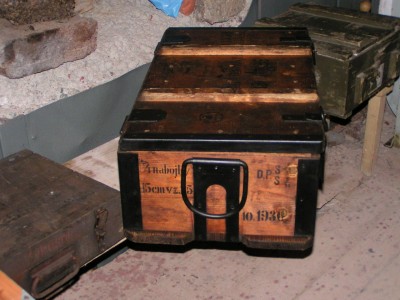 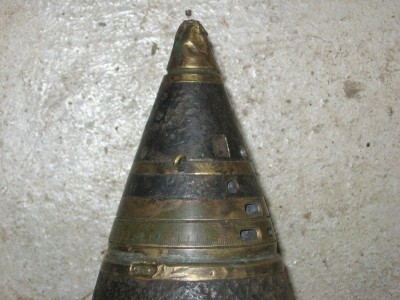