Development of this artillery weapon was launched in 1948, in the Detriment of Pilsen. The design work is conducted under the name of "And 20". A new weapon should be in the arsenal of the artillery of the czechoslovak army to replace the guns vz.18N. Problems with unifikací ammunition led in 1950 to stop the preparations for the launch of the serial production. After overcoming the problem of the production and eventually sold all and the first guns were deployed in anti-tank regiments and brigades from the year 1953. Guns vz.53 in Czechoslovakia were used till the early nineties.

The cannon is semi-automatic anti-tank cannon on the two-ply was coming and serve at the same time as the field cannon. Has wedge in the horizontal conclusion. Ammunition uniform, i.e. the bullet zalisovaná into the cartridge.
The complete gun consists of the soul, the butt of the barrel, the clamping of the bolt and made the brakes. The cradle is constructed as a body vratníku. Inside placed brzdovratné tract has two lengths of zákluzu. After both sides of the cradle are placed two spring vyvažovače. Náměrové and odměrové řídidlo are manually controlled from the left side of the weapon. On the medium to the upper carriage are jointed stored lafetová shoulders. Axle odpérována torsními fits with samonosnými rubber wheels.
Airport motor in one unit in the direct following behind the towing vehicle.
To ms.the army was established by r. 1956


Still have a couple of data: 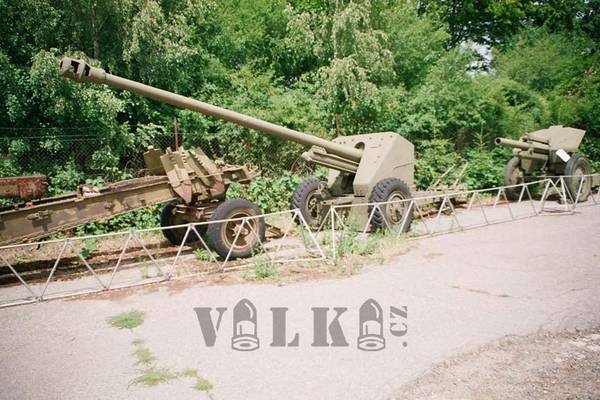 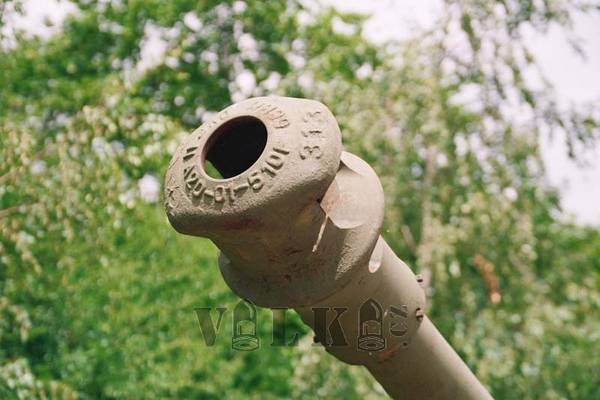 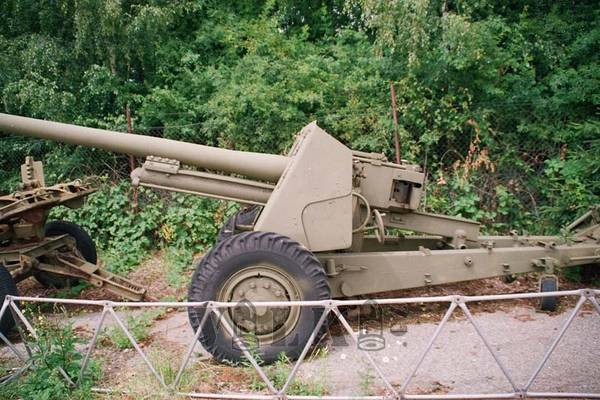 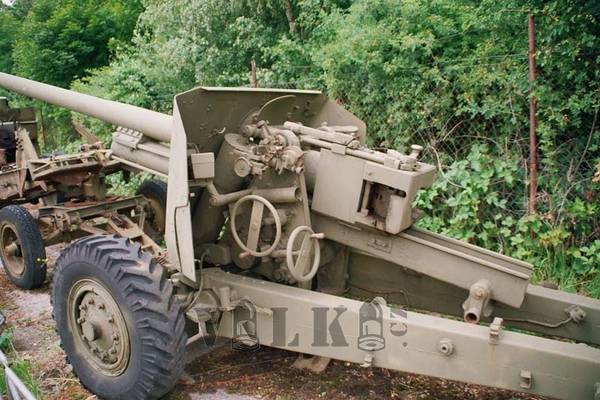 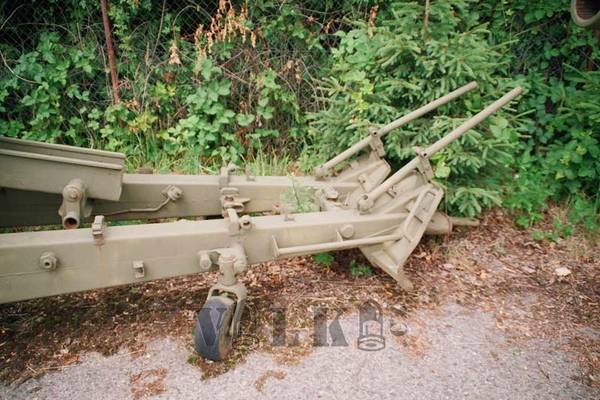