The company Culemeyer founded in 1931 Johann Culemeyer guided by the idea of producing heavy low loaders for transportation of railway vehicles on the roads. For this need there arose over time a few construction that were characterised by high load capacity and possibilities of the settings of the chassis according to the required load.
During the second world war, these trailers in addition to the main user, which were Deutsche Reischbahn, enjoyed also the Wehrmacht and other components of the German armed forces. To turn were being used as civilian vehicles Kaelble types of EX 3 and K631 ZR/53, so the Wehrmacht used heavy kolopásové tractor Sd.Kfz.9 FAMO.

The smaller of the two main types of that time, was a low loader with load capacity indicated on the 40, later 50 tons. Formed to a pair of separate osmikolých chassis. All wheel chassis was navigable, to facilitate the transit of the kit chassis and biaxial of the cars on the roads, or city streets.
Known photos, when is this type used for the transport of heavy mortars Gerat 040 - 60cm(KARL).

Larger, with a capacity measured at 80 tons, was once again pair, this time dvanáctikolých chassis. All wheel chassis was also in this case, the navigable, to facilitate the transit of the kit chassis and a four-windowed car.
T are photos of when this type is used to transport weaponry intended for Atlanticky val, or heavy combat vehicles like the Sd.Kfz.186 Jagtiger.

The individual bogies, as two bay, three bay, it was possible to arbitrarily arrange for yourself or use them in groups of the united supporting structure.

P.With.I: Are known even photos of such a combination of 48 laps, trailed by a tractor, TATRA t84 board.
P.With.II: IN CZECHOSLOVAKIA, these trailers were used to transport technological complexes on the Vltava cascade.
https://www.culemeyer.de/
freenet-homepage.de. 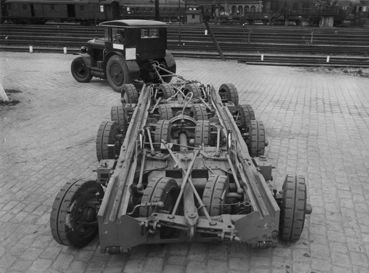 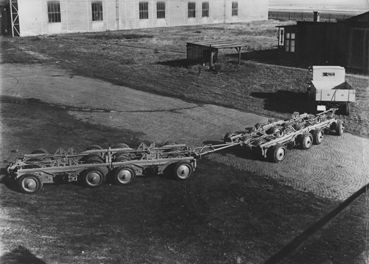 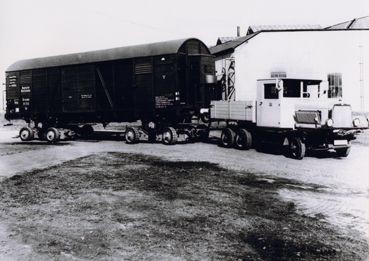 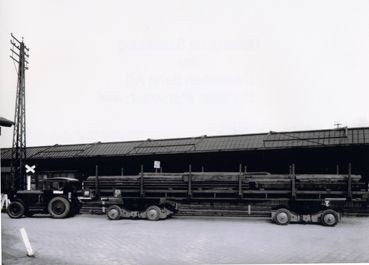 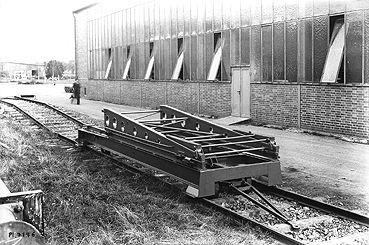 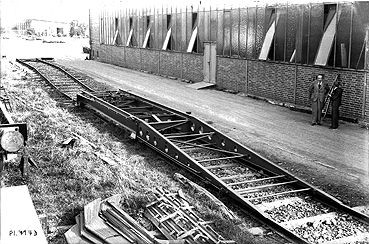 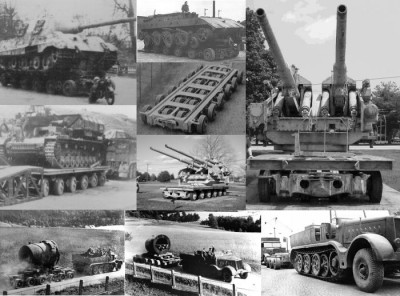 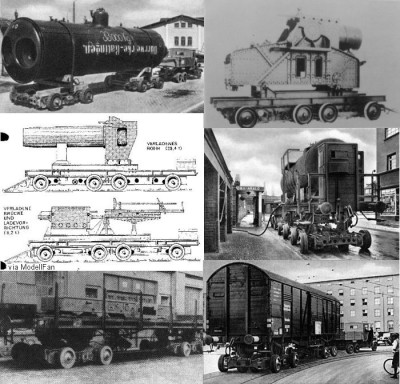 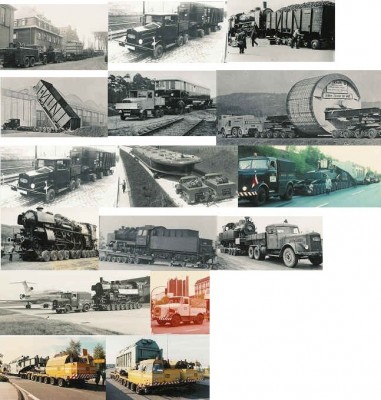 
The Military Technical Museum in Lešany uses this low loader to transport the acquired railway exhibits. 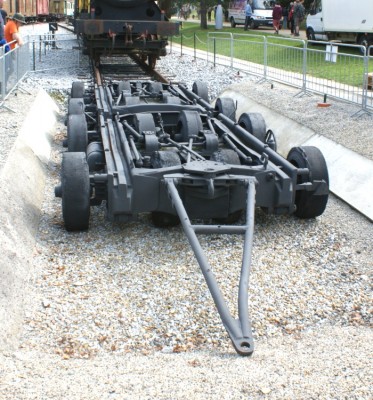 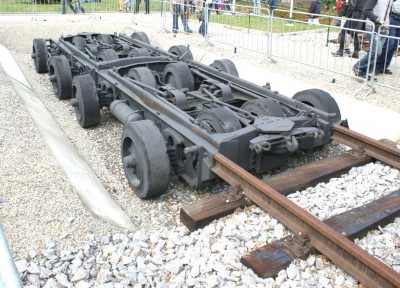 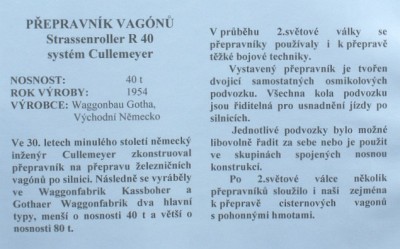