Two-time Hero of the soviet union

He was born 10. December 1917 in the village of Alexandrov Gift in Krivorožském district (of Ukrainian nationality). In 1937 he was drafted into the army and in 1939 ended the Kačinskou military flight school. Participant fighting with German troops was in the rank of lejtěnant from January 1942, when he took part in defensive battles in the Caucasus. He flew as the commander of the [i:a831972327]zvěna[/i:a831972327] and deputy commander for air gunnery and flight training at 45.IAP. In the rank of staršij lejtěnant during April 1943 made his 146. battle years, during which has reached 15 wins. The first time was the title Heroes of the Soviet union awarded to 24. April 1943. Particularly distinguished himself in aerial battles over Kubání in the summer of 1943 in the state of 16.[i:a831972327]GIAP[/i:a831972327].
In the function of deputy regiment commander for air gunnery and flight training at 100.GIAP, included into the state 9.GIAD, performed the 183 sorties, in which achieved another 29 victories, for which he was to 24. August 1943 awarded the title of Hero of the Soviet union for the second time. In that time he flew the P 39K Airacobra, with narrow number "white 21" (serial number 24403). Together with him flew his brother Boris B. Glinka, who was also awarded the Gold star HSS for 31 kills.
In addition to two Gold stars, the ESC was Dmitry Glinka decorated the Order of Lenin, times the Order of the red banner, the Order of Alexander Nevsky, the Order of the Patriotic war. and II. degree, the Order of the red star and medals.
During the war he performed 300 sorties. Participated in 90 of the air battles, which shot down 50 planes.
After the war he commanded the stíhacímu regiment and became deputy commander of the fighter air division. In 1951 he graduated from the Military aviation academy and was promoted to the rank of polkovnik During the year 1960 went to advance and he served in the civilian air force.
Day 1. march 1979 died..
URL : https://www.armedconflicts.com/Dmitriy-Borisovich-Glinka-t9466#27702Version : 0
Fridrich 16 years ago
en.wikipedia.org. 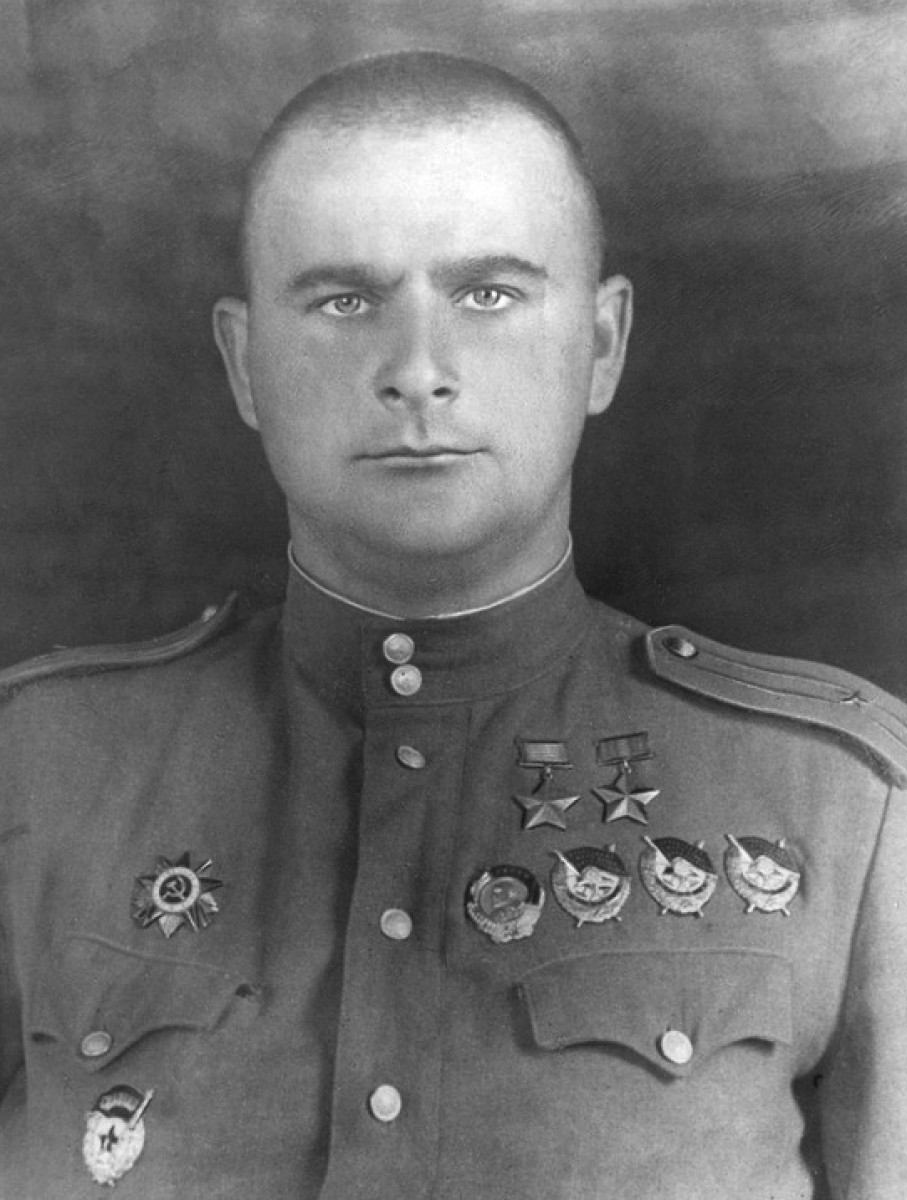