FIM-92A Stinger - the first production version of the PPLRK, in production from April 1978


XFIM-92B Stinger - concurrent with the development of the FIM-92A, work began in 1977 on a prototype of an improved version of the complex


FIM-92B StingerFIM-92B Stinger - an upgraded version of the PPLRK, produced from 1983 in small numbers. Production ceased along with the FIM-92A version in 1987.


[FIM-92C Stinger-RMP (Reprogrammable Microprocessor) - in development since 1984, equipped with a programmable microprocessor allowing later upgrades to the missile's software without the need to disassemble it. In production since September 1987, in US Army service since July 1989.


FIM-92E Stinger-RMP Block I.- an improved version of the FIM-92D, manufactured by Hughes (which bought the PLRK manufacturing division from General Dynamics), in development since 1992, equipped with a new sensor and improved software to increase effectiveness against targets with weak IR emissions or flying under heavy jamming protection. In production since 1995.


Advanced Stinger - in development since 1996, the primary difference from previous types is the use of the FPA (Focal Plane Array) IIR (Imaging Infrared) type infrared čidol, which allows the targeting range to be increased to 8000 m and has improved jamming resistance. In production since 2004.


Ď other variants (Stinger used on vehicles and drills)


ATAS (Air-to-Air Stinger) - FIM-92C/D Stinger-RMP - version of the kit designed for use on drills (primarily on OH-58C/D Kiowa, AH-64 Apache and also on the cancelledRAH-66 Comanche). The AIM-92 is also referred to as the AIM-92.


The Avenger - a hybrid anti-aircraft complex, allows the use of all versions of the PLRK Stinger.


M6 Linebacker - an anti-aircraft version of the OT Bradley, equipped with a container with a quad of FIM-92A Stinger missiles


AMV 4x4 PL - Slovakia - German version of the ASRAD system, using a pair of Stinger missiles and a pair of IGLA 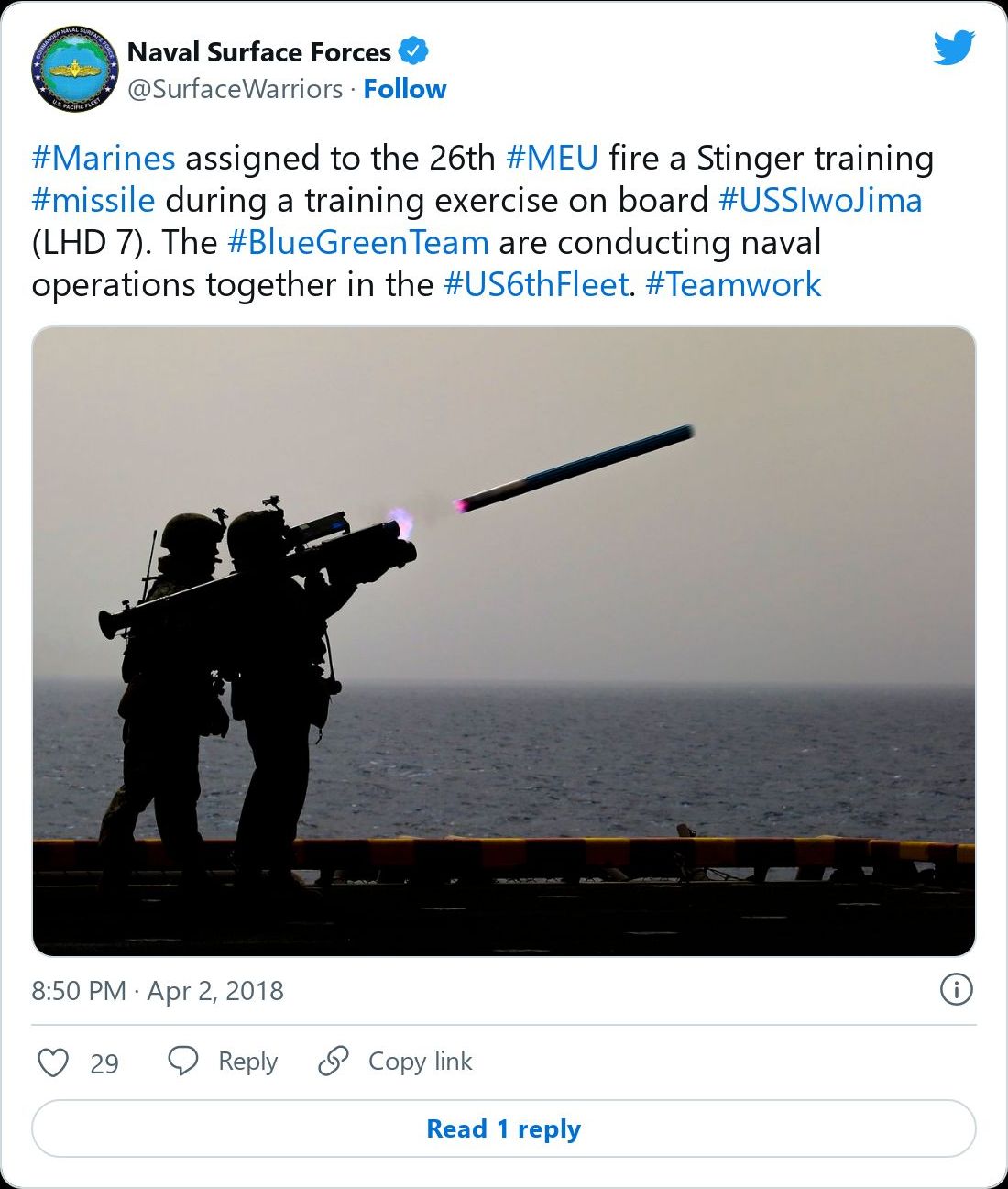