Hero of the Soviet union

He was born 3. march 1908 in yakutsk village Chaldžaj. He was illiterate, since the youth occasionally to pan gold at the river and made a living as a hunter fur animals. In the 30. years he founded in his village a fur farm.

In September 1941 he joined Fyodor Ochlopkov together with his cousin Vasili to the Red army and 12. December both got to front. Ochlopkov became the top scorer-kulometčíkem, later commander of a squad of samopalníků at 1243. regiment 30. army. Vasily - the number two at the machine gun, died in combat in February 1942, and himself Fyodor was from February to march a total of four times wounded. From may 1942 he graduated from the sniper courses and in October 1942 was assigned as a sniper to 234. rifle regiment 179. division. 18. December is already on the butt of his rifle Mosin 91/30 excellent 99 notches and their number is every day increasing. 23. June 1944 was a sergeant Ochlopkov to account for 429 German soldiers and officers, thus became one of the most successful snipers of the second world war. Along with his successful action as a machine-gunner classes, reported data reaching up to a thousand enemies killed, which puts him among the most successful warriors - the foot soldiers of all time. For severe injuries, which he suffered in June 1944 was sent to the rear, and after recovery at the beginning of 1945 he became an instructor of the shooting.

After the war he was demobilized and returned to their village. In 1946 he was elected deputy to the Soviet of nationalities in the Supreme soviet of the USSR. In the fifties he worked in a meat-processing plant, then in sovchoze. In 1960, he retired. 6. may 1965 he was awarded the the Golden star of the Hero of USSR. He died three years later, 28. may 1968 and was buried in his native village. 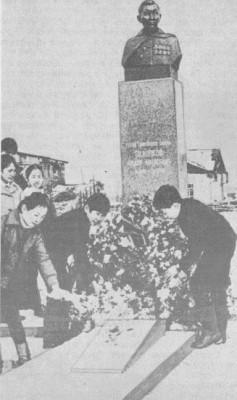 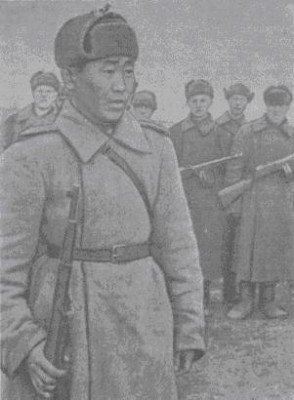