The air observer. in To. Luftfahrtruppe and the pilot of the Czechoslovak air force

In the austro-Hungarian army reaching the rank of Leutnant (in der Reserve).


Josef Hamsik was born on 7. in march 1895, in the moravian Zádveřicích, as the oldest of three sons (brothers Timothy and Jan - see notes). After the municipal school, he studied the teacher's institute in Hradec Králové, where in 1914 he graduated. Then briefly he worked as an auxiliary teacher at the general school. In February 1915 he enlisted in the Austro - Hungarian army and was sent to officers ' school. In September 1915 she successfully graduated and was sent as a platoon commander to 51. infantry regiment on the Russian front. From August 1916 the national 3. infantry regiment. In may 1917, the regiment engaged in fighting on the Italian front. In November of 1917 already as a Leutnant (lieutenant) is used again with 3. infantry regiment on the Russian front. On the third try is 1. may 1918 transferred to the air force and sent to the course observers in Wiener Neustadt to vienna Fliegeroffiziersschule. After the completion is sent to the bombing Flik 102 G on the Italian front near Roveredo in south Tyrol (until the end of 1. world war belonged to Austria, today in Italy).

After the collapse of the queue at the end of October, 1918, together with the pilot Melcherem tried to fly to the Czech republic. For adverse weather to make an emergency landing at the Slovenian Brod (near Trieste), the aircraft Hansa Brandenburg C.I (Ph) 429.33 them was confiscated. Home get 8. November 1918. And already 10. November, 1918 report to the Air corps (predecessor of the Czechoslovak military air force), is adopted in the rank of Lieutenant of the air force.

After a brief assignment in the Brno, is assigned to 1. field air setnině, which was founded 21. November, 1918, on the field the airport Mařatice, Uherské Hradiště, commanded by lieutenant Pašek. With two bojeschopnými aircraft (two-seat Brandenburg C.And and pursuit Aviatikem D.I ) the support of the Czechoslovak unit during the events of the southern Slovakia. The unit on the turn of January and February 1919 she was deployed on the Opavsku in a conflict with Poland. Here probably only took one reconnaissance flight.

In June 1919 after the outbreak of hostilities in Slovakia, was sent to the squadron Bre 590 (together with lieutenant Gustav Geyerem and captain Robert Ellnerem - later air force colonel and commander of the Aviation regiment 1 in the years 1938-1939). Squadron Bre 590 was the French force, under the command of the French Capitaine (captain) Lachman, who was the French government put at the disposal of the CZECHOSLOVAK republic. Unit 6. June 1919 from the Slovak airports involved in the fighting, with five bombers Bréguet XIV.2 and one fighter Fallout VII. Here lieutenant Hamsik participated in many sorties. Often with the pilot, lieutenant Frederick, the Old one, which for 1. world war ii he flew with the French air force and repatriated just squadron Bre 590. Later he flew with Lieutenant (lieutenant-commander) Joseph Poulliquenem. With lieutenant Frederick, of the Old morning 8. June 1919 bombed the railway station of the city Left. From the cabin of the observer manually pushed two 10kg bombs that exploded in the yard. Then, for the engine failure quickly tossed the other three, was not enough however, it is the safety. Afternoon undertook with lieutenant commander Old the next bomber raid. Another air raid of 13. June 1919 to the railway station Parkan (today Štúrovo) with lieutenant commander Old, hit the mountain lion, the Hungarian armored train. For great performances in these and other days gained 19. June 1919 laudatory quote in the order "the Headquarters of the Western Slovak group" led by the French general Mittelhauser.

The end of hostilities with the Hungarians thanks to the pressure of the entente allies on the Hungarian side was 24. June truce. For combat action over Slovakia received the lieutenant Hamsik Czechoslovak war cross 1918.

In 1920 he graduated in Cheb pilot training and received pilot diploma with the number 133. In 1923 he graduated also in Cheb fighter pilot training and a course of night flying.
In April 1924 in command Aviation company 32 (from may 1924 renamed to Squadron 32) on the airport Praha-Kbely with an armament of 6 fighter aircraft Letov Š-4. In November 1924 in the rank of captain taking command of a replacement squadron Aviation regiment 1 at the airport Prague-Kbely. In 1927 he became commander of the fighter school Cheb. In this position he remained until 1932.

In 1932 he graduated from the command course and was appointed commander of the fighter squadron III/1 also in Cheb. In February 1934 there was a whole squadron moved to the airport Prague-Kbely, from September 1934 to march 1935 he commanded fighter Air squadron I/4 and then from may 1935 again squadron III/1. From September 1937 to February 1938, as a lieutenant colonel in charge of Air wing I/4, and again for mobilization from April to end of October 1938. The mobilization transformed in the fighter Field squadron, I/4, operate from the field airport between Horní měcholupy. Field squadron, I/4 at the airport Prague-Kbely back at the beginning of October. Air squadron I/4 (a Field squadron I/4) consisted of a squadron of 40, 41 and 42, with 33 fighter aircraft B-534 and 55 pilots.

After the occupation of the republic of the Union of pilots of the Czechoslovak whose member lieutenant colonel Hamsik was transferred in a resistance group to the Union of aviators. She began to organize the departures of the airmen in the foreign resistance movement. He was in contact from the resistance group Defense of the nation. The German police - the Gestapo but managed to break the resistance group Union of aviators. He decided, therefore, with his brother John to flee abroad 13. February 1940. They failed, however, to cross the border to Slovakia. Lieutenant colonel Hamsik returned to the Prague, where he was the night of the 19th. 20. march 1940 arrested by the gestapo. After many interrogations and in court Berlin was about three years later 8. April 1943 executed.

As a representative of the Czechoslovak aviation participated in many aviation competitions and won several world aviation records and has performed several long-distance flights throughout Europe. For example, 20. September 1925 became the winner of III. year of the speed race for the prize of the president of the republic in the category And on the conditions the low wing Avia BH-10 (L-BONO). In September 1926 with the school aircraft Letov Š-18 has taken a promotional long-distance flight on a route Prague-Olomouc-Warsaw-Kovno-Riga-Reval (3000 km). 26. July 1927 at BH-10 (L-BONO) set a new international remote record on a closed track. Day 9. September 1927 established the international remote record on the straight track. In the days of 7. may to 10. June 1928 with a reconstructed rehearsal BH-29 L-BONQ flew to the big circular demonstration journey across Europe.

3) Jan Hamsik was probably detained at the border of Slovakia, he was imprisoned in a concentration camp, but survived the war. 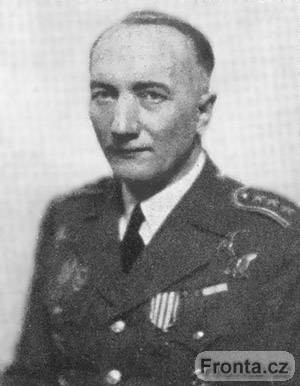