After graduating from the real gymnasium in Prague was in June 1916 drafted and as a one-year volunteer came to Infantry-Regiment Nr. 88, from October 1916 he commanded a platoon on the Russian and from April 1917 on the Italian front, where he was twice wounded, war ended in the rank of lieutenant and commander of the protiplynové units. After returning from the front began to study mechanical engineering study at the Czech technical university in Prague, in June 1919 he volunteered for the army and served as a platoon commander of Infantry regiment 71 of the domestic troops in the New Castles and Žilina.

In may of 1920 passed into a state of vzduchoplavectva, attended a course for air observer and served in Air platoon 1 within the Aviation regiment 2 in Olomouc. In the summer of 1924 he attended a course for pilots of single-engine aircraft and of course the fighter pilots within the Military aviation school in Cheb and was relegated to Squadron 33. regiment. In September 1924 he was transferred to the Flyers 2 from Aviation regiment 1 in Kbely, in the framework of the regiment he commanded from February 1925 Squadron 32, from may of 1925 Squadron 34, from September, 1926, the Flight 11, from march 1927 Squadron 36 and also participated in the activities of the air détachementu in Komboru. In June 1928 he once again became the commander of Squadron 11, from march 1929, he commanded the Flight 10, from October 1929 Flyers 2 and from march 1931 he held the position of commander of the training squadron Aviation regiment 1 of Tomáš Garrigue Masaryk in Kbely. In march 1934 he was appointed training officer for the III. the department [of aviation] Ministry of national defense, as the commander of the air crusades represented Czechoslovakia at the XI. the summer olympic games in Berlin in July 1936 and for the IV. the international aviation race in Zurich in July and August 1937. After completion of the Course for the master partitions and military bodies in Prague was in December 1937 appointed commander of the squadron Aviation regiment 4 in Pardubice, for the state of emergency in the autumn of 1938 he commanded the Field squadron III/4, reached the rank of major of the air force.

After the occupation of the Czech lands was in the summer of 1939 transferred to the provincial administration, in January 1940, however, he went into exile and through Slovakia, Hungary, Yugoslavia came to France, where he entered the czechoslovak military units. He briefly worked as a clerk III. the department [of aviation] the Military administration, from mid-April 1940, he performed the unofficial function of the commander of the czechoslovak pilots in Chestres, where přeučovali on a French fighting technique. In June 1940 took part in the fighting in France in the framework of the Escadrille Légere de Défense Chartres, after the French surrender, he managed to on the ship Arry Scheffer to get to the Uk. Here he was after a short retraining 12. July 1940 appointed commander of the 310. fighter squadron in Duxfordu, he commanded her during her deployment in the battle of Britain and up to 28. February 1941. His subordinates until the late 1940's reached the 40 some kills, 11 probable kills and six damaged enemy aircraft when his own loss of four pilots, while he himself reached two certain victories, and that even in a single day 31. August 1940. At the beginning of march 1941 he was appointed liaison officer with Fighter Command in Betley Priory and he was loaned out to the british rank of Group Captain. In January 1942 he found himself at the head of the Office of the air attache in Washington, participated in the recruitment of volunteers to the air force, pioneered the successful fight (in 1943 he published the book we Were in the battle of England), he served as liaison officer in the 111th Operational Training Unit in the Bahamas and the end of the year led the czechoslovak delegation during the formation of the International organization of civil aviation in Chicago.

In September 1945, was built to the head of the Office of the air attache in Ottawa, in march 1946 he returned home and became the head of the Study group at the air force Command of the Ministry of national defense in Prague, from November 1946 he held the position of commander of the air force Military region 2 and in June 1947 he became the commander of the the Air corps II. After the takeover of power by the communists in the still February 1948, removed from office in June 1948 pensionován. At the same time he managed to go into exile, came to the United states of america, where he later worked as a technical advisor to the airline Pan American World Airways and in the fall of 1965 he left to rest. After the death of his body remains buried in the czechoslovak department of the military cemetery in the british Brookwoodu, in September 1991 he was awarded the rank of major general in memoriam..
URL : https://www.valka.cz/Hess-Alexander-t46651#182606Version : 0
Jiří Fidler MOD 15 years ago
Aerial victories of Alexander of Hesse 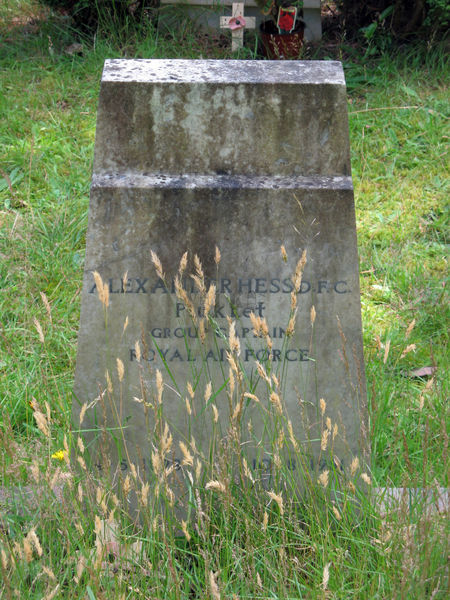