At the end of the second world war are increasingly starting to discover the aircraft with reactive propulsion. Classic drive unit is received at the very end of its capabilities and the propeller itself was becoming a source of aerodynamic drag. The way to a new kind of propulsion, however, were long and considerably varied, for example in the Uk was long developed the jet engine and the end of the war was deployed jet aircraft Gloster Meteor. German engineers have gained from others a considerable head start and have developed the rocket, the jet and the ramjet into a usable stage.

In the Soviet union the designers have dealt with rocket-propelled (Běrezňak-Isayev BI-1), rocket accelerators, which were installed on the best fighter types (As-3R, La-7R, etc.). As an oxidizer was used concentrated nitric acid, which rozleptávala the plywood hulls of the aircraft, and additionally, when the ignition of the rocket engines generating a large vibration which undermine the manageability and strength of the aircraft. The classic jet engine with turbine and compressor are the Russian engineers failed to produce, until after the war could be used German experience and then the Soviet union could engage in the development of jet engines.

It did not mean, however, that there did not exist any other reactive engines, again, it were the so-called accelerator and the engines were ram or motokompresorové. In the context of aircraft I-250(N) we will deal with the last type of engine, i.e. the engine motokompresorovým.
Motokompresorová drive unit is of relatively simple construction, the engine has a turbine, which is a production very challenging, its blades are subjected to high temperatures and centrifugal forces. For the manufacture of reliable turbine, it was necessary to develop a resistant material, and calculate the shape of the blades was also a complicated matter. Motokompresorový drive the turbine did not need - in her place was the engine piston and the spinning by the transmission of the axial compressor. The compressed air passed through the diffuser, in addition to the air stream could be injected with fuel that is ignited, or ignited, by a sharp explosion and gases at great speed will come out, so was the thrust of the engine.

Such engines have been tested in Italy (Caproni Campini N.1). The engine was purchased by the Japanese and after the japanese developments have been fitted to the suicide letounků Yokosuka MXY7 type 22. The second customer was the Soviet union and also there is own development, design motokompresorového engine subsequently dealt with a professor In. Ch. Cholščevnikov. This constructor for the propulsion of single-stage axial compressor used only a small part of the power of the engine Klimov VK-107R (about 5%). Piston engine was installed into the bow of the aeroplane and powered trojlistou propeller, in the rear of the engine was the clutch, gearbox and shaft, which in the case of the needs of the powered axial compressor accelerator VRDK ((Vozdušno-reaktivny dvigatěl kompressorovy). Into the stream of compressed air was seven jets of injected fuel (gasoline) and at full power this accelerator provided the thrust of the force of 2.9 kN. Two-stage regulation of tension was perhaps the output nozzle. The overall performance of this hybrid drive was 1 900 kW (2 500 hp).

In march 1944 were invited to two design teams, in order for this unit to propose a completely new machine. OKB P. About. Dry has designed and built a prototype of a marked I-107, later, SU-5. The second machine was the prototype of OKB 155, which was the design office Artiom Mikojana and Michael Gureviče. First was built a wooden mockup, which was completed 26. 10. 1944 and 26. 2. 1945 had completed the first prototype.

I-250(N) was an all-metal low-wing with retractable landing gear. In the bow was above the engine VK-107R, which powered trojlistou propeller AV-5B, under the propeller cone was a relatively large air intake opening for accelerator VRDK air to the axial compressor was led through a long tunnel under the cockpit. The products of combustion were brought under the keel of the airplane. The accelerator can be run after switching the clutch, the aircraft could fly in economic mode, only the piston engine, and in case of need it was possible to run the accelerator, I heard it was very fancy, for the aircraft welled up to five meters long flaming tail. The first takeoff was performed 3. 3. 1945. The first two test flights were carried out only with a piston engine, the aircraft behaved normally and so it was decided that the third years will be carried out with both engines, the aircraft exceeded the speed of 800 km/h and soon after was found to be the better of both types, the development of the Sukhoi I-107 was discontinued and the test terminated.

The prototype I-250(N) was soon followed by the second and he also got involved in the tests, in the meantime, however, there was a crash of the first prototype, which crashed from a height of 250 m. the Tests were not completed due to the damage of the second prototype, he is already fixed, because since the second half of the year 1946 was preparing the pre-series production. The aircraft was rated very positively, but after just completed the war the Russians got into the hands of a completely new technique – the German jet engines, Russian engineers immediately embarked on a thorough examination of the captured documents and engines, and already in April 1946 flew the prototype of the first soviet pure jet aircraft MiG–9. I-250(N) was therefore limited in number to less than a thirtieth of the machines (Russian sources). The aircraft was designated as MiG-13 and was assigned to the armament of naval aviation of the Northern and Baltic fleet, here in active service remained until 1950.

The pilots of these planes should in popularity, the transition from propeller fighters was simple and unpretentious. After training naval pilots swimming in the low-altitude maximum speed with a long fiery tail and thunder booming sensation. 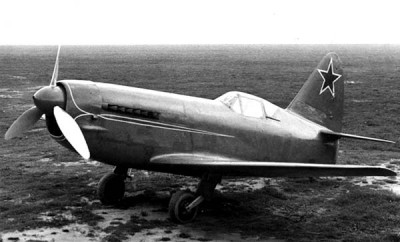 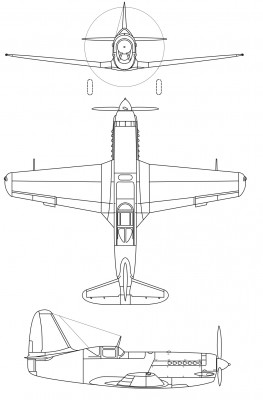 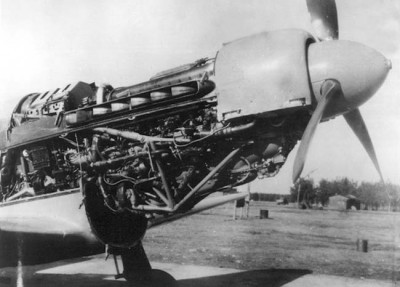 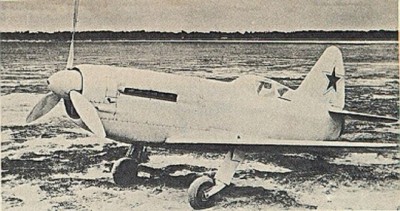