The heroine of the Soviet union

She was born on 25. October 1925 in aulu Bulak in Kazakhstan. The mother lost in the stalinist "protikulackých" violence in 1932, after her father in 1937, the imprisoned, he trained her uncle - railwayman in Alma-Ata. With his family underwent two moving to Moscow and Leningrad. There it is as a student of seventh class were war.

From childhood Alija wanted to become pilotkou and therefore 1. October 1942 she joined a flight school in Rybinsku. I fly with the bomber, in order to avenge the suffering of Leningrad, which for her became a second home. The study, however, was too long and after two months decided to leave the school and enter into the Red army. Was already at the school a good shooter and therefore went to school for odstřelovačky, just based not far from Moscow. In February 1943 ended the courses and in June she was at the front as odstřelovačka 3. column 4. battalion 54. a separate shooting brigade the north-West front. For the first three months of the fighting, has already had to his credit 32 enemy soldiers and officers. In addition, attended often with a unit of scouts and more than once she managed to gain valuable "language".

In January 1944 he participated in the attack of the brigade, already as part of the 2. the baltic front, near Pskov, where a grenade knocked out a German machine gun and allow infantry to conquer the strategic position. 15. January 1944 he took part in fending off the German counter. Fire from suddenly appeared with his fellow knocked out a few dozen enemies, but it was deathly cheated.

A yield of 4. June 1944 was named the title of the Hero of the Soviet union. In Kazakhstan, has become a national heroine, has been named the ballet "Alija" and her story was nineteen.. 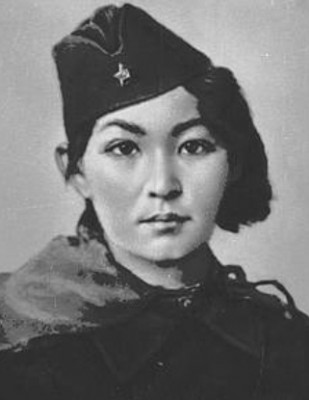 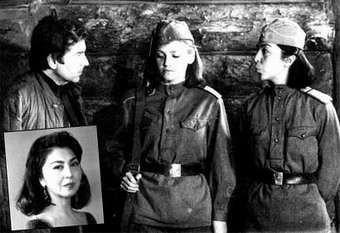 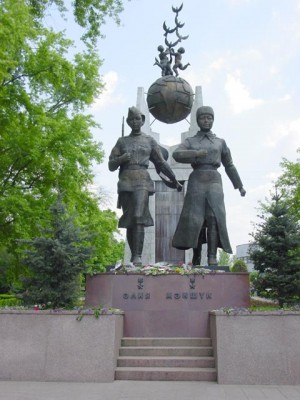