The open-air museum is located on the ridge of the Kolovrat with a particularly favourable location for a good view.
Ridge of Kolovrat divides the area between the top of the river Soca in Slovenia and the region of Veneto and Friaul in Italy.

Currently it is on the ridge of Kolovrat museum under the open sky. This location offers a wonderful panoramic view of the former battlefield stretching from the mountains of Krn into a World of Gory and Friulské lowlands. Here is the command and observation posts, machine gun nests, caves and a network of trenches and connecting galleries in a few levels. The structuring of the third Italian defence line is thick on both sides of the state border. To the restoration of these positions was used of the original building materials (wire nets for fortifying the slope, corrugated iron, slate, etc.) from the period of the first world war.

Web page:
https://www.potmiru.si/eng/
Lies on the remote route of the Way of peace, which is the route after the military můzeích homes and cemeteries from Log pod Mangartom to the sea after Sistianu.

From the history:
During the first world war the Italian army built an extensive system of the third line of defence, called "linea d'armata", whose part is now arranged as the outdoor museum.

Along the spine of the ridge before the first world war stretched the boundaries between Austria-Hungary and Italy. In the first day of the war the Italian troops transferred to border ridge and began there began fortifying. The Italian army gradually built up an extensive system of lines of defence, which was called "Linea d'armata". Numerous machine gun nests and guard posts were on a ridge, where was a great overview of the battlefield by the river Soča (Italian Isonzo), the Krna and bridgehead Tolminu on Banjška plateau. From these positions in high places, the Italian gunners were able to bombard the austro-Hungarian first line of defense, supply route between Tolminem and Baska Grapou and other targets in the austro-Hungarian rear. The entire ridge was also interwoven with fortified trenches. Over the saddle between the peaks On the Grad (1115 m) and Trinški Litter (1139 m) was an important supply route linking the rear position with the bridgehead Tolminu, or with the first and second lines of the Italian positions.
Position on the ridge of Kolovrat was one of the key points of the Italian defense during the 12. the battle of Isonza. The order of the austro-Hungarian army promised high honours, "Pour le Mérite", an officer who would have conquered this place. It was awarded to lieutenant Schörnerovi, which, with its soldiers of the German alpine corps, conquered a position on The Grad already the evening in the first day of the attack 24. October 1917. His conquest of the German troops opened the way for further progress over the ridge of Kolovrat in the region of the peak of Matajur and further into the Friulské lowlands. The fighting in the area Kolovratu was also attended by lieutenant Erwin Rommel, as commander of the battalion Württembergského mountain battalion. The third day 12. the battle of Isonza his soldiers conquered the peak of Matajur.. 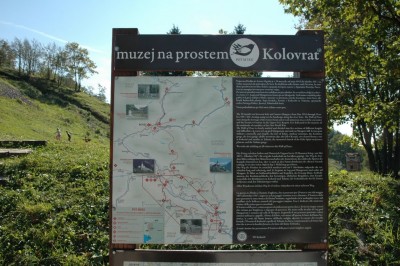 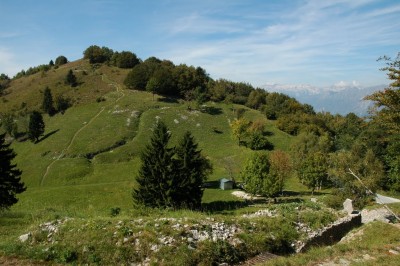 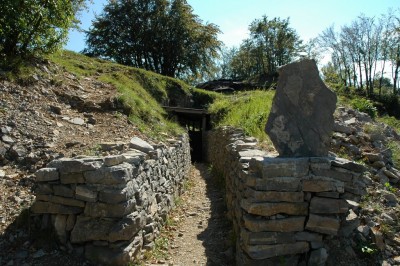 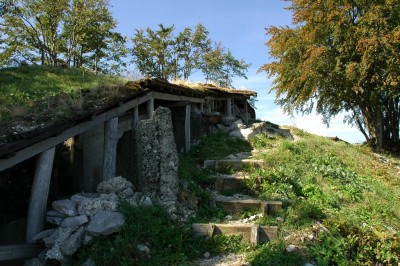 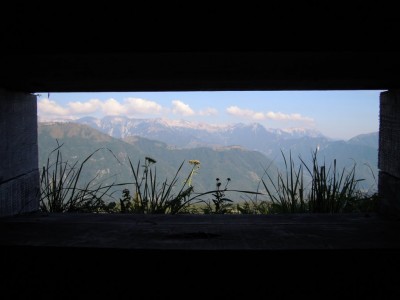