URL : https://www.valka.cz/Rudorffer-Erich-t16025#59551Version : 0
Fantan 17 years ago
URL : https://www.valka.cz/Rudorffer-Erich-t16025#422294Version : 0
Radoslav Turik MOD 9 years ago
Erich Rudorffer was a fighter ace of the German Luftwaffe with 224 (on the English wikipedia 222) kills.
He was born 1. November 1917 in Zwochau, at that time in the Saxon kingdom in the German empire. He was trained as automotive mechanic with specialisation in coach builder.
He joined the military service in the Luftwaffe Flieger-Ersatz-Abteilung 61 (replacement air unit 61) in the Oschatzu 16. April 1936 at the age of 18 years. From 2. September 15. October 1936 he served in the gun mounted in the 253 (KG 253, Bomber squadron 253) and from the 16. October 1936 to 14. march 1937 was taught as an aircraft mechanic at the Technische Schule Adlershof (Technical school Adlershof) in Berlin. 14. march was placed to the unit KG 153, where he served as a mechanic by the end of October 1938. Then he was moved Flieger-Ersatz-Abteilung 51, located in the Liegnitz (today Legnica in the Polish part of Slezka), where he joined the air training. Here he at first taught as a pilot of a bomber, but later as the Zerstörer "Destroyer" (heavy fighter).
1. October 1939 was Rudorffer moved to the Jagdwaffe (stíhacímu air force) and got into the Jagdfliegerschule 2 (flight school fighters) in Schleißheimu. After this přeřazujícím training, he was sent to Jagdergänzungsstaffel additional (fighter squadron) in the Döberitzi on the 6th. December 1939. 28. December 1939 was sent to the Ergänzungs-Jagdgruppe Merseburg, additional air squadron stationed in Merseburg, where fresh fighter pilots received instructions from the front-line pilots. Here he remained until 7. January 1940, on the morrow he was Rudorffer promoted to the rank of Oberfeldwebel (sergeant) and placed in 2. Staffel (squadron), Jagdgeschwader 2 "Richthofen" (2. fighter wings), named according to the largest aircraft aces 1. world war, Manfred from von richthofen again (80 kills).
Rudorffer achieved their first victory over the Curtiss Hawk 75, 14. may 1940. In surrender France scored another eight victories. He flew throughout the battle of Britain, it is said, that he was persecuted on Croydon High Street below the level of the roofs of the dart Hurricane. Nineteenth victory reached 1. in may 1941, and thereafter he was for his actions awarded the Knight's cross of the Iron cross and the following month he was promoted to the rank of a Staffelkapitän. By the end of December 1941 already had to his credit 40 kills.
In 1942 Rudorffer participated in operation Cerberus (Channel Dash) and flew over the allied landings near Dieppe in August 1942. After 45 victories in November 1942 his unit was transferred south to Sicily and later to Tunisia. Day 9. February 1943 Rudorffer shot down 8 british aircraft in 32 minutes of battle, and began to collect his first mass kills. Again 15. February prevailed over 7 allied planes. Among his victories over north Africa is included 10 allied bombers.In July 1943 was Hauptmann Rudorffer was transferred to the headquarters II./ Jagdgeschwader 54 (JG 54) on the eastern front. He claimed that the first wave zdedosáhl 7. August. Thanks to the experience of the completed fighting against the RAF was a whopping success. During his first action of the 24. August 1943, he shot down 5 soviet aircraft in 4 minutes. 11. October.1943 in 12:22 Achieved Erich Rudorffer your 100ho wave and became 55. a pilot of the Luftwaffe, who had achieved it and 6. November 1943 rewrote history, when in the course of the following 17 minutes (13:00-13:17) reached 13 kills (8 How-7 and 5x yak-9) and that their scores rounded up to 122 kills.
JG 7 "Nowotny" was the first operationally deployed jet fighter squadron in the world, and was named for the Walter Nowotneho, air aces of the Luftwaffe with 258 victories and holder of the Knight's cross with oak leaf cluster, swords and diamonds, who died in aerial combat 8. November 1944. JG 7 was equipped with the jet fighter Messerschmitt Me 262 Schwalbe "swallow", which was heavily armed and faster than any fighter opponent. General Der Jagdflieger (general of the air force) Adolf Galland (104 kills) I was hoping that this new weapon will help balance the numerical superiority of the adversary. 12. November 1944, the Oberkommando Der Luftwaffe (high command of the Luftwaffe) ordered equipment JG 7 aircraft Me 262. Galland suggested to the command of this squadron colonel Johannes Steinhoffa.
In the winter of 1944, Rudorffer started with retraining on the Me 262. In February 1945 he was called to the command of the 1. group of JG 7 Major Theodore Weissenbergerem, who succeeded Steinhoffa in the role of commander of the group.
Rudorffer scored in this group of 12 kills and thus ended his war career.
He flew over 1,000 sorties and participated in over 300 dogfights.
With 224 kills (on the English wikipedia 222) was 7. the most successful fighter pilot of the entire conflict, and military history, was one of the few who served and survived the Luftwaffe throughout the war.
His list of kills has 136 kills on the eastern front, including 58 of the soviet attack aircraft IL-2 Sturmovik, 26 in north Africa and 60 on the western front including 10 heavy bombers.
He was 16 times hit by a spot or an enemy fighter out of the 9 times he had to leave the aircraft by parachute. He flew on airplanes Messerschmitt Bf 109E, G, F, Fw 190A-8 and Me 262 Schwalbe.
After the war, began to fly on the DC-2kách and DC-3kách in Australia. He later worked for Pan Am and the Luftfahrt-Bundesamt. Pilots and flight students remember him as a hired instructor PPL in Lübeck, germany in a local flight school in the late ' 60s, where a short period of time he worked and other people will remember that later ran a gas station in the nearby Mölln by the end 70. years.
He died 8. April 2016 at the age of 98, was the last surviving holder of the knight's cross with oak leaves and swords.
In his honor was one serviceable Focke-Wulf 190A-8N painted the same camouflage and markings (no swastikas on the tail), had his plane in 1944 with JG 54. His character also appeared in the Finnish war film of the year 2007 "Tali-Lhantala 1944".

For his fighting career has received:
badge for injuries 3. class (black)
the honorary cup of the Luftwaffe
the aviation badge in gold
pilot badge-scout
Finnish Order of the cross of liberty 2. class
German cross in gold
Iron cross 2. and 1. class
Knight's cross of the Iron cross with oak leaves and swords 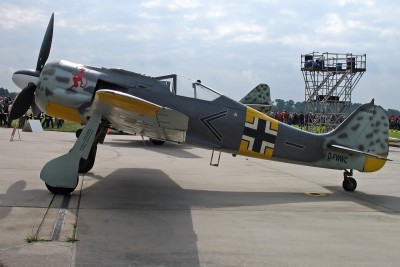 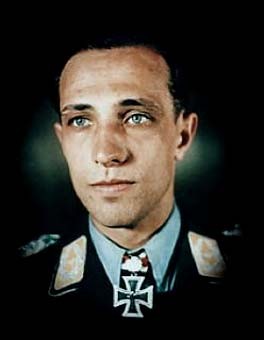 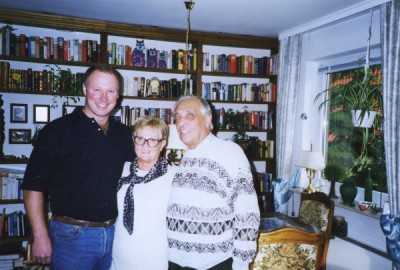 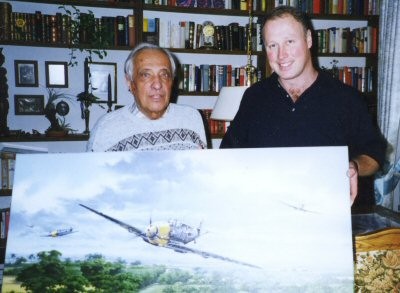