SPAD XIII was one of SPAD's most successful designs. It was developed in order to eliminate the biggest weakness of its predecessor SPAD S.VII, namely low firepower.

Although chief designer Louis Béchereau came out of the older SPAD VII again during its construction, he enlarged the kite so that the new machine could be fitted with a significantly more powerful Hispano-Suiza HS 8B power unit. Above him was placed a pair of synchronized machine guns. The aircraft also differed in the arrangement of the strut system and in other details.

The prototype was flown at Buc Airport on April 4, 1917 and after this flight no deficiencies were found. The machine was recommended for series production without any comments.

Unfortunately, series production was delayed due to the failure of new engines. It was not until 1918 that Hispano-Suiza began supplying new, improved 162 kW (220 hp) HS 8Be engines and later the even more powerful 173 kW (235 hp, 221 km/h) HS 8BEe. These engines have improved the lubrication circuit and the use of more reliable reducers.

The first series were also produced with rounded wingtips, but then their shape returned to the original rectangle of SPAD VII, without changing the span.

Problems with the engines caused a delay in the start of series production. By the end of March 1918, 2,230 SPADs XIII were to be delivered, but in reality the Air Force took over only 764. On the contrary, 1,276 pieces of older SPADs VII were to be handed over by the same date and the Air Force took over a full 1,220 machines. Therefore, for a long time on the front served more older S.VII. For example, as of April 1, 1918, the fighter squadrons had a total of 372 S.VII aircraft and "only" 290 S.XIII aircraft. Both types of fighter units mostly served together, only a few units were armed exclusively with one of these types.

SPADs XIII quickly gained popularity with front units. Unfortunately, the machine was very heavy, which suffered flight characteristics. Undoubted advantages, however, remained high speed, with high climbability. The aircraft was extremely solid in construction, which allowed it to perform extremely fast dive flights and also to withstand extreme damage in combat. The machine was also very stable, which on the one hand allowed accurate aiming, but on the other hand worsened the transition to maneuver. However, it was ideal for dive overflows and subsequent ascending leaks.

It was this tactic that he perfected to perfection, for example Fonck, who achieved a full 53 victories out of his 75 victories at SPAD XIII. At the end of the war, it formed the backbone of the French fighter aircraft. The vast majority of French fighter aces flew on it, and especially American units, which took a total of 893 machines.

In addition, other major users became the air forces of Italy (11 fighter squadrons) and Belgium (6 escadrill). On the contrary, the machine was not very widespread in the British Air Force and was used by only one squadron.

Spad XIII is also closely connected with the history of the Czechoslovak Air Force, as Czechoslovak volunteers flew on it in the French Air Force, and SPAD aircraft also formed the backbone of young Czechoslovak fighter forces. At that time, Czechoslovakia partly bought from France and partly received as a gift around 150 SPAD S.VII and S.XIII aircraft (unfortunately the distinction between the two versions was not consistent, so we do not know exactly how many of this number was S.XIII), making it the third largest post-war user. machines of this type in the world (after France and the USA).

A total of 8,472 SPAD XIIIs were produced between 1917 and 1919. However, not all were produced in the parent factory, which was not able to cover all orders.

SPADs XIII began to be phased out of the first-line armament of most users in 1923, and until then maintained a relatively high standard.

The wings were rectangular (for the first series with semicircular ends), had no rise or arrowhead. The wings were hung only on the upper wing.

Hull all-wood construction, covered with aluminum sheets, in the back canvas.

Tail surfaces wooden structures covered with canvas. The rudders were neither statically nor aerodynamically balanced and were controlled by cables.

The chassis consisted of a type V strut. The high-pressure wheels were suspended by rubber cords on swinging half-axles. The wooden spur with a sliding foot was also sprung with rubber cords.

The power unit consisted of an in-line eight-cylinder to V Hispano-Suiza HS 8Be. The engine was counterclockwise and powered a wooden double-bladed propeller (supplied by Chaviére, Ratmanoff, Levasseur) with a diameter of 2,500 mm.

Armament consisted of a pair of semi-covered, synchronized, air-cooled machine guns Vickers Mk.I caliber 7.7 mm with a supply of 400 rounds per weapon (according to other data 500 rounds).

Sources:
J. Vraný, Z. Hurt: Illustrated History of Aviation, published by Our Army, Prague 1989, ISBN 80-206-0125-2
V. Němeček: Monograph Spad XIII
URL : https://www.valka.cz/SPAD-S-XIII-C-1-t1848#8907Version : 0
Rad MOD 19 years ago
In the USA, after their entry into the war, they tried to develop their own aircraft, corresponding in performance to the European ones, but essentially unsuccessfully. On July 30, 1917, the Bolling Commission was sent to Europe to select aircraft and engines suitable for American licensed production, and in the end it was decided to focus on licensed production of successful European types and to introduce their own designs only after they were sufficiently mature. Bolling proposed to arrange a license for the British De Haviland DH4 as an observation and daily bomber aircraft, also British Bristol F.2B and French Spady XIII as fighters and Italian Caproni Ca.3 and Ca.5 as night bombers. The model Spad was transported to the USA on September 16, 1917, and on October 8, the Curtiss company received an order to build 3,000 pieces. On December 14, however, General Pershing proposed to leave the production of single-seat fighters to European allies - there was still no engine in the United States suitable for installation in Spad, and developments in aviation in Europe were more rapid than the Americans pursued. The construction of the Spads at Curtisse was therefore canceled, while the development of other licensed versions continued - the engine Liberty, which was but too big and powerful for a single-seat fighter.

URL : https://www.valka.cz/SPAD-S-XIII-C-1-t1848#531244Version : 0
Rad MOD 7 years ago
This SPAD XIII made 26. February 1918 to land on German territory, Hauptmann von Tutschek. The machine, belonging to the 23. squadron RAF, was captured almost intact, its pilot 2Lt. David Colquhoun Doyle fell into captivity. The machine carries the usual French scheme - bottom surfaces are silver-gray, as well as the chassis, on the top and side are irregular patches of brown, ocher, black and two shades of green..


... a to z obou stran.
Published with authors permit 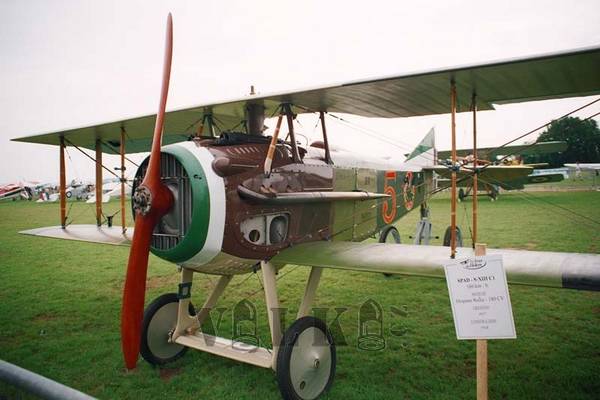 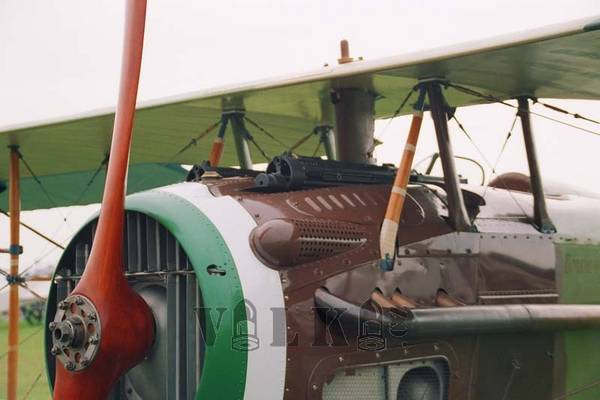 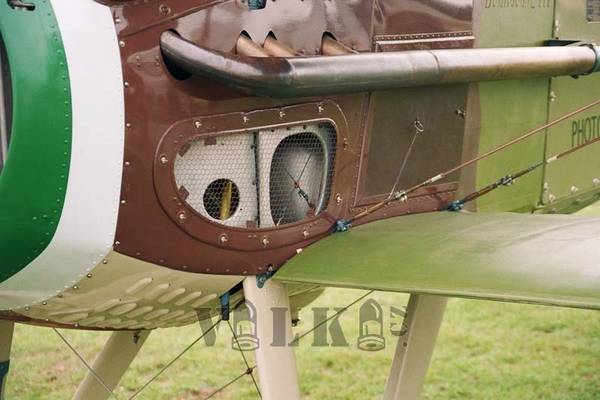 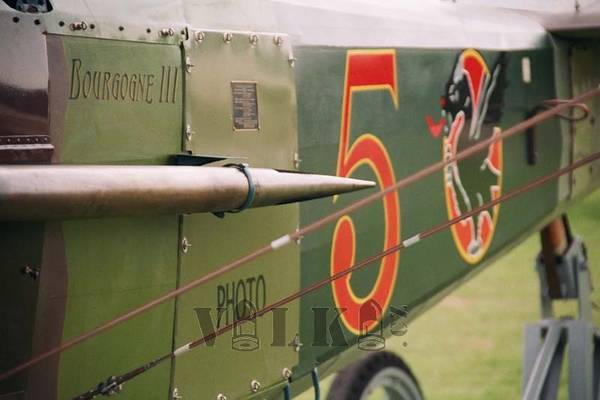 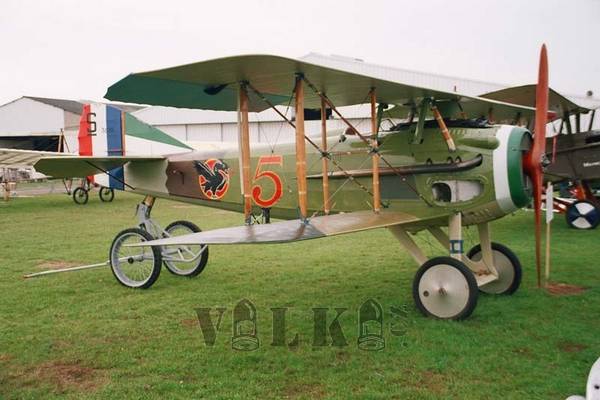 URL : https://www.valka.cz/SPAD-S-XIII-C-1-t1848#560672Version : 0
Greywolf 6 years ago
FALLOUT WITH.XIII
July 2016 - The Imperial War Museum Duxford
Bc. John FERDA, own photo
Published with the kind permission of the author.