URL : https://www.valka.cz/Svoboda-Ludvik-t13494#421320Version : 0
Jiří Fidler MOD 10 years ago
URL : https://www.valka.cz/Svoboda-Ludvik-t13494#529201Version : 0
koba MOD 7 years ago
Louis Freedom was born on 25. November 1895 in Hroznatíně on the bohemian-Moravian highlands into a peasant family, which for several generations running. After graduating from secondary school attended the Earth's agricultural school in the Big Mezirici, where he received the agronomic education.
For 1. world war was 1915, drafted into the austro-Hungarian army as domobranec to Infantry regiment no. 81. After graduating from basic training was 11. 6. 1915 sent to the Russian front, where already 18. September of the same year he moved in Tarnopol voluntarily into captivity. In the prison camp worked as an administrative force and later joined the Kyiv fire department, where he completed training. 5. August 1916 he entered the czechoslovak legions and was assigned to the 3. battalion 1. czechoslovak rifle regiment. He fought in the famous battles of Zborov and the Bachmače as deputy commander and then as platoon commander. In both of these battles demonstrated extraordinary bravery and was awarded two Timetables Sv. George. Later took part in the fighting on the Siberian route. In the legion he graduated from the enlisted course, the officer training school graduated in the spring of 1919. The lieutenant was named 6. February, 1919, captain 16. August, 1919, with effect from 1. may 1919. After the siberian anabasis returned to his homeland with one of the recent marine transports through Japan, the pacific ocean, the Panama canal and the united states in September 1920. After his return, he was relegated to the 3. infantry regiment of Jan Žižka of Trocnov in Kroměříž. Demobilized and returned to Hroznatína until the end of the year 1920 and took charge of the home farm.

the post-war period and the fifties
4. April 1945 was a general Freedom appointed minister of national defense Košické government. This function then held up to 25. April 1950, when it was during the purges in the military revoked. It didn't help him nor that he entered in October 1948 the communist party. Subsequently, he was appointed deputy prime minister responsible for the leadership of the Czechoslovak state committee for physical education and sport. 8. September 1951 he was dismissed from this function, and he was offered retirement with the fact that he gets "pension from grace", how the then prime minister Antonin Zapotocky announced. Louis the Freedom of such a pension refused, saying that to somehow make a living. In his native village Hroznatín then helped to build the agricultural cooperative. There never, however, was not employed, even as an accountant, as in some résumés said, or taking from the cooperative no rewards. His countrymen named him honorary chairman of the collective farm. 22. November 1952 was in connection with the process of the Rudolf Slánský arrested on the basis of the material against him was preparing the agent of the NKVD and the head of the Defense intelligence Bedřich Reicin. When was the Freedom of the minister of national defence, was preparing against him, Reicin a document that it should convict him of planning a military coup. Eventually the charges were reformulated in sabotage of the Kosice government program, and sabotage of the construction of the čs. army according to the soviet model. Was placed to the detention center and released on Christmas of 1952. (the Irony of fate was Reicin at the time of Svobodovy links judged as one of the accomplices of the so-called anti-state conspiracy centre, sentenced to death and 3. December, 1952 executed) The sound of the advance for the payment of the pension was put up to early 1953. Ludvik Svoboda was rehabilitated in 1954 thanks to the Khrushchev. The policy didn't come back, even if he was offered. Accepted the position of chief the Military technical academy, which performed 1955-1958. From may 1948 until elected president in 1968 he was a member of the National assembly - gradually on the Southern, Velkomeziříčsku and the Soviets. He was vice-president of the Union of anti-fascist fighters and the Union of czechoslovak-soviet friendship. Devoted to work on the memoirs of the Military history institute.

Prague spring, intervention, normalization
During the Prague spring of 1968, Ludvik Svoboda aligned with the reform program Dubčekova the leadership of the communist party, with a program of democratization of the society. 30. march 1968 was after the abdication of Antonín Novotný on the proposal of Dubček, who was leaning against the proposal of the Union of anti-fascist fighters, elected president.
The prague spring was terminated by the invasion of Warsaw pact troops into Czechoslovakia.
The president of the invasion was received by the ambassador of the USSR Červoněnkem in the late hours of 20. August, when the aircraft has already landed at the ruzyně airport. The freedom to express their protest, warned of the danger of bloodshed and stressed that all the responsibility is on the Soviet Union and other participating countries. The president then, when he reached the sitting bureau of the CPC CENTRAL committee, signed the still in the night of 21. August along with the highest elected officials a statement condemning the military intervention, and on the next day issued a call to citizens. In the early hours of 21. August has occurred to detention of the czechoslovak leaders of the constitutional, state and party leaders– And. Dubcek, On. Černík, J. Smrkovského, F. Kriegela, J. Spacek and B. Simon, by the soviet authorities and followed their kidnapping and internment in the USSR. Of senior political and state officials remained the president himself, and according to the Constitution, took over temporary responsibility for solving the situation. Military resistance was unthinkable, given the enormous numerical superiority of the troops of the Warsaw pact countries.
For the general Freedom was the August invasion of the hardest, superhuman test of life. The main motive of his conduct at that time was to prevent bloodshed, military crashes, mass casualties.
President Svoboda refused to appoint a new worker-peasant government, which would be at the same time the joint party and state authority. The president proposed instead direct negotiations with the soviet representatives in Moscow and asked the ambassador about the negotiations meetings. In Moscow had made there at the negotiating table to release the arrested politicians, the only legitimate representatives of CZECHOSLOVAKIA, and their inclusion to the delegation.
After the adoption of the "Moscow protocol" was the Freedom to believe that they can, even when not in full realize the ideas of recovery, socialism in favor of the company. He continued in his presidential activity. President Svoboda was in his position, which gave him little room for influencing the political events, in particular, to the development of a stand turned out to be and does not induce the political processes.
In persistent inflamed the situation was at the plenary session of the CPC CENTRAL committee 17. April 1969 removed from office 1. secretary Antonín Dubcek and instead elected Gustáv Husák. Soon it turned out that for Louis the Freedom brought about this change gradually numb his current political influence and recognition of its action to the limits of their constitutionally defined powers. Relations between the two men gradually ochabovaly.
22. march 1973 was Ludvík Svoboda re-elected to the office of president. Before he suffered stroke. Health problems recurred, was affected by a pulmonary embolism and subsequently had several strokes. The office of the president to exercise couldn't. The field of some historians and publicists Ludvik Svoboda clung to his post and didn't want to resign, according to the memories of his daughter Zoe Klusákové – Svobodová, however, Husak didn't want to accept his resignation. Rationalizing that it is not clear who would be his successor, and that the company is not to change the president prepared and adopted her with disbelief. The presidential term of office has been prematurely terminated on the basis of for this purpose adopted the constitutional act no. 50/1975 Sb. in the year 1975.
The rest of his life he lived Ludvík Svoboda with his wife Irena in Prague – Břevnov, in the family villa, which Svoboda owned even before the onset of the presidential function. He died on 20. September 1979. He was cleared to leave the state funeral, the coffin was carried on a gun carriage from the Castle to the end of the Letná plain. Unlike funerals of the previous presidents of public participation has not been organized, yet Louis Freedom was accompanied by thousands of citizens, who with him came to say goodbye. 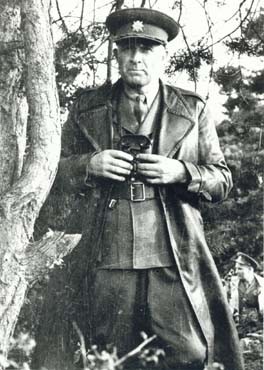 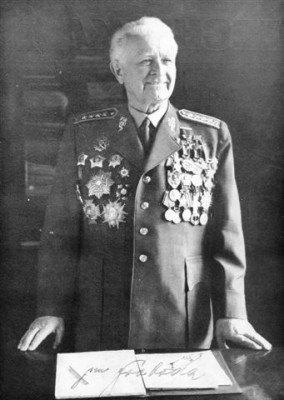 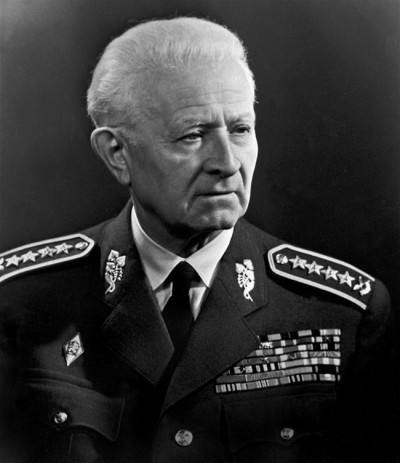 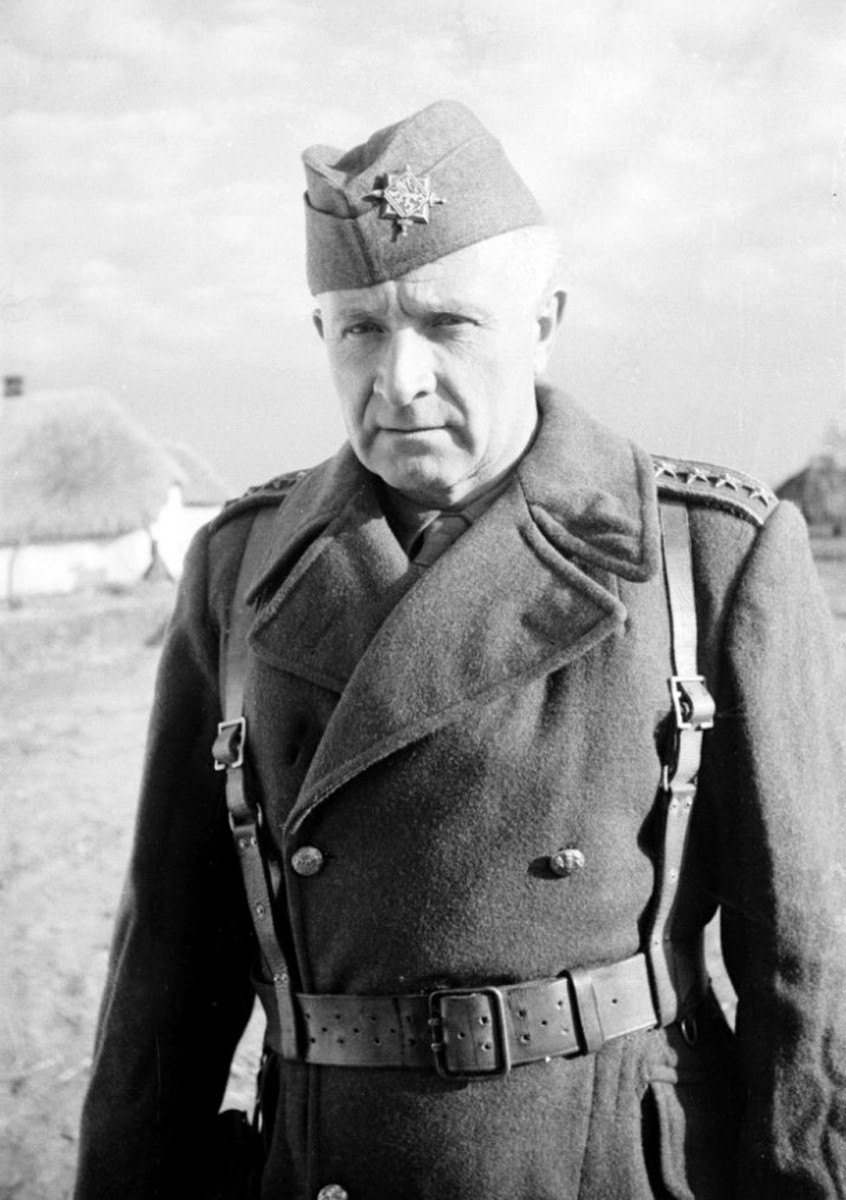 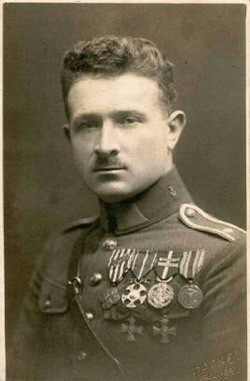 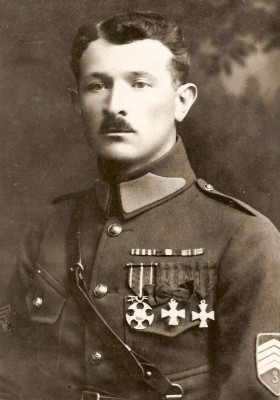