URL : https://www.valka.cz/Valo-Vasil-t123791#421465Version : 0
Jiří Fidler MOD 10 years ago
URL : https://www.valka.cz/Valo-Vasil-t123791#544749Version : 0
Janko PALIGA MOD 6 years ago
Vasil Valo (born Vaľo) came from Carpathian Ruthenia, where in the village No (today Pryboržavske) in the the district Iršava was born 24.4.1921. After finishing his studies at the grammar school in Chustu decided to emigrate from the territory occupied by Hungary, and in August 1940 went to the Soviet union. However, he was detained by border guards and imprisoned in the Stryji. Followed by transport to the Starobělska, sentenced to three years of forced labour and sent to the camp of the NKVD in the Como area. In the internment camp, he worked as a clerk until December 1942, when he was released and sent to the former čs. the military unit.

In Buzuluk came 1.2.1943 and joined 2. training company of the backup regiment. Since the end of march was in the school of the platoon commanders. After stopping him in the rank of lance corporal at the beginning of July have included to 2. battalion 1. čs. separate brigade created in Novochopersk. Corporal became, in September 1943, shortly before the departure of the brigade to the front. Subsequently took part in the fighting on the Kiev, White Cerkev and Zhashkov, while for the heroism manifested in the fight received čs. and soviet honors.

To the rank of second lieutenant he was promoted in January 1944, and from April, he served as 2. adjutant chief of staff (i.e. intelligence officer) 2. battalion 1. čs. a separate brigade. To the front left again in early September, when 1. čs. army corps involved in the Carpatian-it was surgery. During the fighting was Vasil Vala twice wounded, he again distinguished themselves, and to 1.10.1944 was promoted to lieutenant. From mid-October took over management of the business 2. (intelligence) department staff 3. čs. infantry brigade. At the end of November 1944 retired from the 1. čs. army corps to the Headquarters of the liberated territory to the Chustu.

In mid-January 1945, he became military commander of the district Tačevo. In early February he returned to the Chustu where to continue acting as liaison officer at the National council of Transcarpathian Ukraine. After its withdrawal, the Soviet union, traveled in June to WELL into the Prague and was included in the III. (intendančního) of the department.

In January 1946 he went to Infantry training school in Novak as a listener of the application of the school of junior officers of infantry. After its completion in school remained and held the position of platoon leader and teacher of Russian. A soldier by profession and at the same time the commander became in April, 1947, with retroactive effect to 1.1.1946. In August 1947 he returned to Prague and worked in the search group 5. department of (defense news) the Chief of staff. To the captain he was promoted in October 1948, with retroactive effect to 1.3.1947 and the rank of staff captain reached to 1.10.1949.

The threshold again left in June 1950 when he transferred to infantry regiment 34 by Opava, for whom he served as a company commander. In the new crew lingered only briefly and in march 1951 he joined the prague of the military High school (i.e., the original High school, military), which is to 1.9.1951 changed to a Military academy, bearing the name later Klement Gottwald. The major was Vasil Vala promoted 13.2.1953. After graduating from school he joined in November of the same year to search folders 73. infantry regiment, which was a secret part of the Intelligence management the directorate of the general staff. From July 1954 he took over the management of the department of tactical intelligence directly to the BH directorate of the general staff. The rank of lieutenant colonel reached shortly after to 15. November. In September 1956 he became deputy chief of the intelligence department for vojskový and radio survey. The colonel was promoted 1.5.1957. The action of the directorate of the general staff OF interrupted in August 1957, when he went to the preparatory school for studying abroad in the Military academy of Klement Gottwald in Prague. In November of the same year left to study at the Academy of the General staff of the armed forces of The Soviet union. J. Voroshilov in Moscow. After returning to Czechoslovakia in mid-September 1959 the first short-term found himself in the personnel available, but already at the beginning of October he was entrusted with the function of the deputy chief of the intelligence directorate of the directorate of the general staff. From Prague, he retired in September 1960 to of Pilsen, where he took over the command of the 19. motostřelecké division. Major general him president of the republic appointed 1.5.1962.

Other staff continued to work Vasil Vala in October 1964 became the Sand, where he held the position of chief of staff 4. army (from 1.9.1965 of the Middle military district). In October 1967 he took over from gen Another the command circuit. The same year he was as graduate of military high school retroactively granted the title of Ing the Rank of lieutenant general reached 1.5.1969. In the same month he was charged with the preparation of the construction of the headquarters of the the Western military district in Camp. Officially, its first commander became in July of the same year. Command heading forward in October 1971, gen Francis Gay and left on Ministry of National defense to Prague, where he worked until his death as 1. the deputy minister of national defense. On was to hold, he was promoted to 1.10.1972. Vasil Vala died in active service 8.7.1979 of a heart attack. 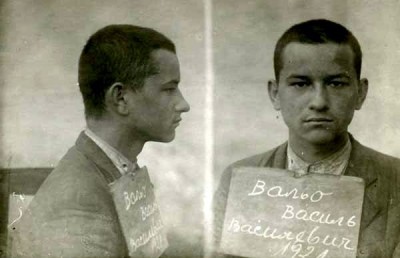 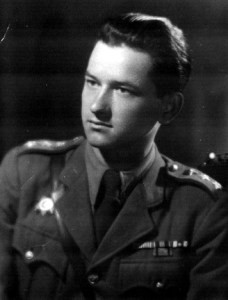 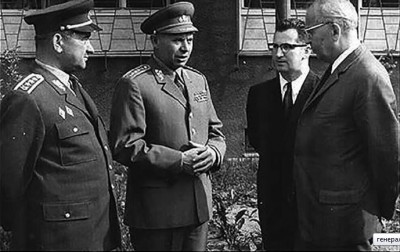