URL : https://www.valka.cz/Bell-P-39Q-Airacobra-t1081#4665Version : 0
Schlange MOD 18 years ago
The P-39Q was the latest version of the Airacobra and also the most numerous. From the previous versions, the Q differed in armament - 7.62 mm machine guns in the wings, used on previous types, were removed and replaced by two half-gun Brownings in holsters under the wing. These machine guns each had 300 rounds. American pilots were satisfied with this change, because the original weapons were ineffective, the Russians, who got most of the machines, but mostly removed the holsters. All machines were powered by the same engine, Allison V-1710-85 (E19) as the previous version - P-39N.


The individual production units again differed from each other in various equipment, from fuel tanks to armor. P-39Q-1-BE had a 329 liter tank, as P-39N -5, but at the same time they got back the original armor according to the variant P-39N-1. The P-39Q-5-BE (Model 26Q-5) returned to the light armor of the N-5 and 421 liter tank. These machines also received an A-1 bomb sight before delivery to the front units. For the P-39Q-10-BE series (Model 26Q-10), the tank capacity increased to 455 l and the weight of the armor decreased slightly. The propeller was automatically adjusted to the gas, the oil system was additionally insulated against the cold and the engine was mounted on rubber silent blocks. The first P-39Q-10-BE were handed over in July 1943, a total of 705 pieces were built, but another 995 with assigned numbers 42-21251 to 22245 was completed as P-63E-1 Kingcobra.


The P-39Q-15-BE (Model 26Q-15) differed from the previous ones by minor modifications to the equipment, which were to improve the resistance of the machine gun mount, reinforcement of some other components and relocation of the battery solenoid. In this form, 1000 pieces were created and were delivered from August 1943. Series Q-20 (Model 26Q-20) more or less coincided, only for some machines were released cases with machine guns under the wings. P-39Q-21-BE received a four-bladed propeller Aeroproducts, P-39Q-25-BE (Model 26Q-25) also had a reinforced construction of the tail and horizontal surfaces. All 700 Q-25s were delivered to the Soviet Union and therefore did not have machine guns under the wings. However, because the four-bladed propeller worsened the overall longitudinal stability, the P-39Q-30-BE returned the original, three-bladed propeller.


As with the versions D and N there are now subversions for ground support and reconnaissance - P-39Q-2-BE were five Q-1s, modified with the usual set of photographic equipment. 148 Q-5 machines were modified to P-39Q-6-BE, again by installing cameras in the fuselage behind the wings. The same was out of eight Q-10s, now designated Q-11s. On July 25, 1944, production was terminated by the 9558th machine.


The first P-39Qs were handed over to the army in July 1943, the last in August 1944. Most of them ended up in Russian hands, the few that remained with the US Air Force served for example at 332. fighter group, which deployed 75 P-39Q since February 1944 in Italy. After two months, however, they were replaced by P-47 and P-39 definitely left the armament of American troops. 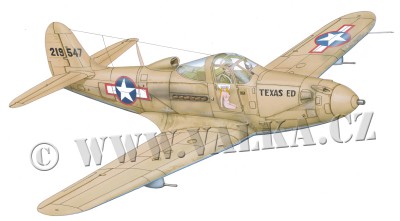 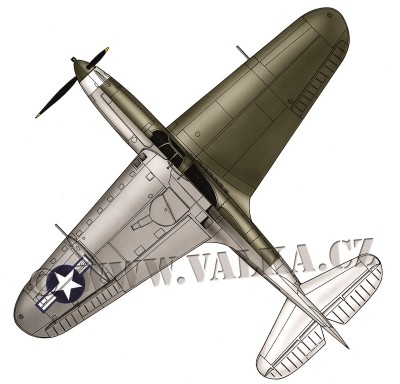 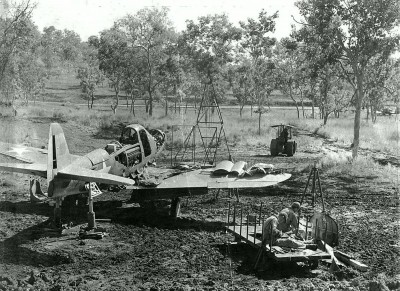 URL : https://www.valka.cz/Bell-P-39Q-Airacobra-t1081#537065Version : 0
Panzer MOD 6 years ago
Airacobra was known to have a tendency to fall into an almost flat corkscrew during the so-called drag, which in less experienced pilots usually ended in fatal accidents. Therefore, in the Soviet Union from 16.10.-19.10.1943 tests were carried out on models P-39Q-10 (Art. No. 42-20561) for the behavior of the aircraft when falling into a corkscrew and for possible solutions to this undesirable phenomenon.

Chief Test Pilot of the 3rd Department of the Red Army Air Research Institute Major Vladimir Jefremovich Golofastov and other test pilots proved during the tests that the American machine is possible, at a sufficient height, always safely come out of the corkscrew. It was essential not to panic when the plane fell into the corkscrew and not to try to remove it right at the beginning by pushing the lever, with the pedals in the neutral position. It was necessary to leave the aircraft until it made six to seven corkscrews and then slowly push the control lever and pedal in the direction of the corkscrew. At the same time, the results of the experiments showed that it is necessary to pay attention to the thorough balancing of the aircraft before takeoff, which could to some extent also contribute to a lower chance of the machine falling into the corkscrew.

At the same time, the so-called anti-drill device, developed by the Aviation Research Institute, was also tested as part of the tests. It was a parachute with an area of 3m 2 placed on a tubular structure mounted under the tail surface of the aircraft and controlled from the cockpit. According to the test pilot Major Golofastov, who tested the modified machine for an hour of flight time, it was an effective device, as the opening of the parachute was able to give the aircraft enough torque to taking the aircraft out of the corkscrew. Despite the favorable evaluation, this device remained only in the prototype and was not mounted on serial aircraft.

Later, tests were also carried out on the P-39Q-21/25, which was a version with a four-bladed propeller by Aeroproducts. In this case, the shape of the structure holding the parachute was slightly changed, which was placed even closer to the fuselage and was a bit shorter than the previous modification. It is not known that this device has been installed in series on this production series. 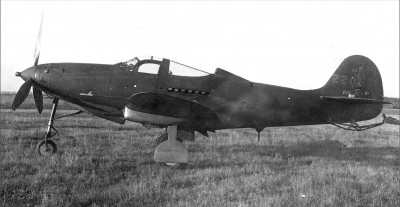 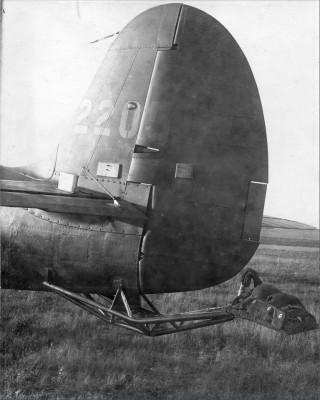 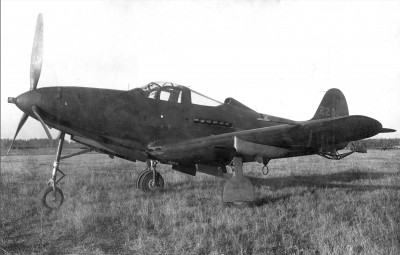 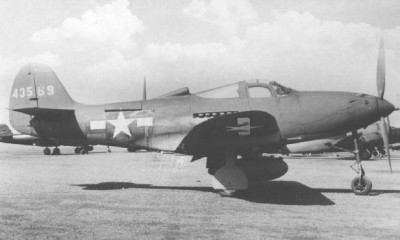 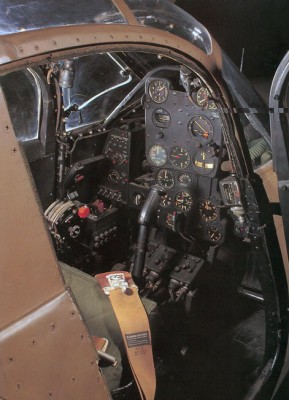 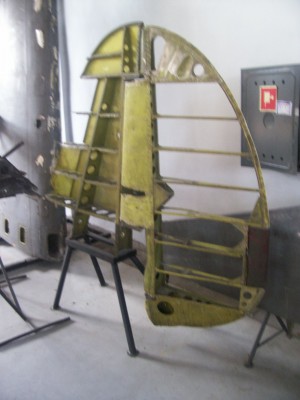 URL : https://www.valka.cz/Bell-P-39Q-Airacobra-t1081#179672Version : 0
Standa 15 years ago
Center of the GTC - this part went through the fuselage - I apologize that there will be no overall view of the GTC, but the photo failed. 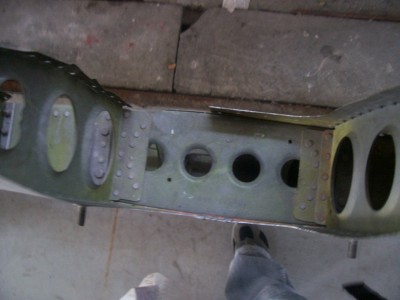 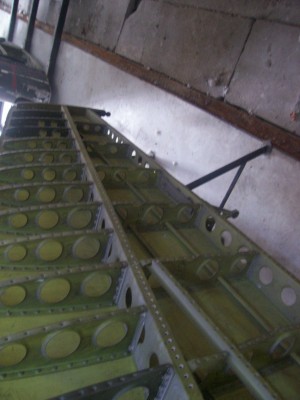