AMX-50 120 mm
Over the years 1949-1958 arose the two versions of the chassis, which were variously edited. The first is in the foreign literature, sometimes referred to as AMX-50A and was intended for the lighter type of swinging tower fitted with 100 mm gun. The second often carries the designation of AMX-50B and is associated with harder swinging towers manned a 120 mm gun. By contrast, the French website "Char et blindes francais" fundamentally distinguish the version of the prototypes by year of occurrence and used equipment.

Design office of l'Atelier de construction d'issy les Moulineaux (AMX) initiated work on the vehicle, the AMX-50 at the end of the year 1945. When the development was based on knowledge of the structures of the German medium and heavy tanks. The project of the tank was submitted to the army for examination in the year 1946. The vehicle should be commensurate with the soviet tanks of the series IS. A project to upgrade was created in 1951. For the second version of the prototype produced in 1953 became the main weapon of the dlouhohlavňový gun, caliber 120 mm. The reinforced pivot tower consisted of two parts. The bottom of the rotating base and the upper suspension component. This upper part was fitted with an enlarged záďovým výstupkem, which formed a counterweight to the bearing arms. Were made of about three pieces of the prototype tanks, their testing took place in the years 1953 to 1958. Through the purchase of cheaper north american tank M47 Patton, was not introduced into the arms of either one of the versions of the tank, the AMX-50.

the Distinguishing features of the modernised prototype from the year 1955
- the prototype had the front of the driver frontal armor plate welded from the two oblique to the imposed armor plates
- the hull of the combat and motor parts has no height difference, the upper armor plate was equal to the
- auxiliary guide rollers of the chassis have been stored in the plane
- two engine exhausts are probably out on the rear of the so-called German style
- thanks to the amplification of the tigers reached the mass of the vehicle 60 Mg 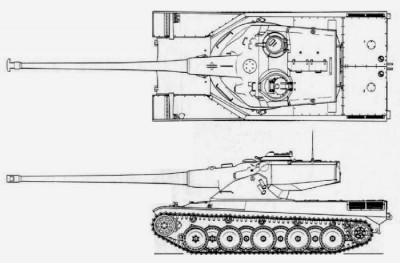 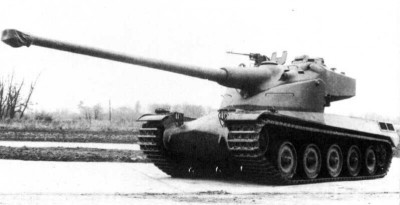 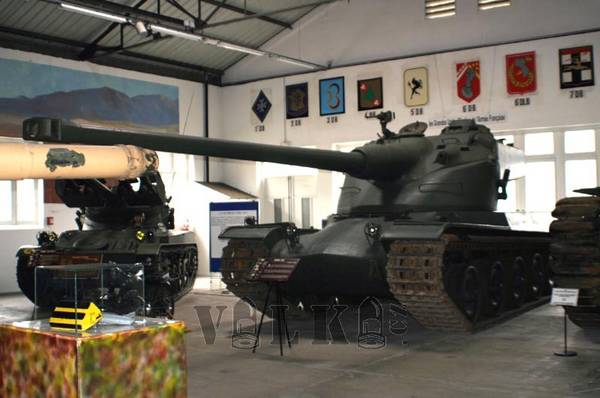 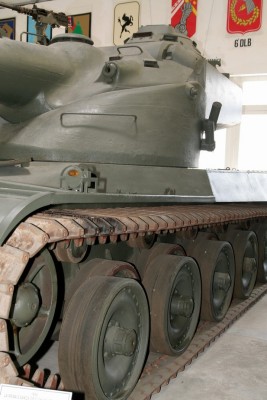 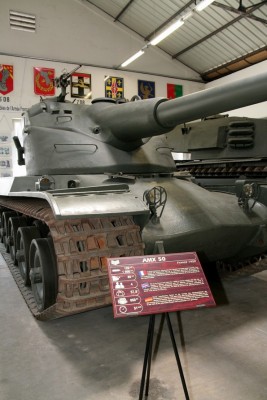