It was the first air the design from the year 1932, the company had embarked on a project of a small personal aircraft, which should fly on the route Tokyo - Osaka. According to the plan had the model did not fly to achieve a top speed of 200km/h, should be easy to manufacture and operational costs should be very low thanks to the simple and undemanding maintenance. The crew should be made up of one pilot and three passengers. The model did not fly should be able to operate from small and unregulated airport areas.

It was basically a copy of the british de Havilland Fox Moth, the difference was in the powerplant, the Japanese your the model did not fly equip our own star the engine of the Gasuden Jimpu an output of 150 hp. The japanese had the opportunity to explore british design when the engineering department Mitsui & Co. imported three Fox Mothy, the machines were intended for sale in Japan. Two aircraft were purchased for the army air force through the collections of the Aikoku-Go and the army is used as a small outpatient of the aircraft. The company Gasuden after the previous meeting also received one aircraft.

The designation KR-1 was an abbreviation for Kogata Ryokaku-ki (small airliner). The model did not fly had a typical de Havillandovu construction - wooden dragon from spruce, covered with plywood and fabric. This design, however, required skilled artisans who know how to work with this wood. The chassis was designed so that it can be changed, firstly, it was possible to use a wheeled chassis, or can be clipped two metal floats, which produced fa Deruta shipyards Chiba City.

The first prototype was zalétnut in Tachikawě 23. December 1933, piloted it Mansaku Akaike, years passed with satisfactory results. The public was first shown 27. January 1934 at the airport Haneda, near Tokyo, with float gear was brought in on 15. march 1934.
The plane was called Chidori-go (a bird Ringed). With float landing gear could Chidorigo taking off just on the calm water surface and its transport capacity was reduced to two passengers.
A total of was built seven aircraft. Three KR-1, including the prototype, with the civilian designation J-BBJI, J-BBMI, J-BBNI operated company Nippon Koku Yuso Kenkyusho in Sakai, near Osaka, flew on regular flights Osaka Shikoku and Osaka - Širahama. The other two letounky were delivered to Taiwan in Kokubo Gaikai (Taiwan voluntary national defense) and the other two machines flew in the manchurian coast guard on the Eikou. 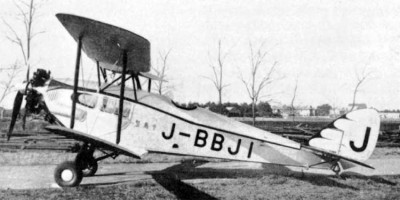 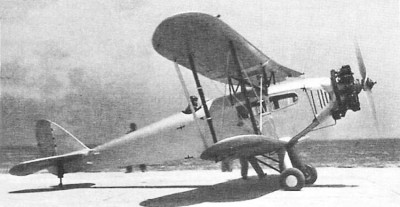 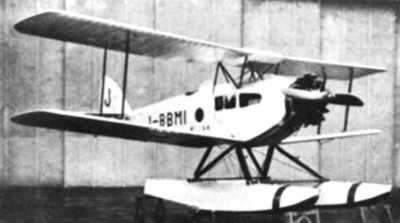