The minimum altitude range should be 20 meters.

The individual elements of the SPYDER system are located on transport platforms with corner anchoring boards, which can be installed on any truck (6x6 or 8x8) with the required load capacity and size of the loading area.

The armament of the SPYDER system itself consists of air-to-air anti-aircraft missiles Python-5 (with infrared imaging guidance system) and Derby (with radar guidance) from Rafael. The guidance system of anti-aircraft guided missiles can be locked to the target both before the launch (LOBL - lock-on before launch, only Python 5) and after the launch (LOAL - lock-on after launch). To increase the range of the SPYDER-MR system (SPYDER-LR), anti-aircraft guided missiles are equipped with a starting engine. For this reason, longer transport-discharge containers are used and the MFU launcher must be located on the chassis of an 8x8 truck. The SPYDER-ER and SPYDER-LR variants were derived from the basic SPYDER-SR and SPYDER-MR systems, which have a greater range thanks to the use of newer I-Derby-ER guided missiles with a longer range.

One anti-aircraft missile battery armed with the SPYDER system consists of one command and control vehicle (SPYDER-SR, SPYDER-ER), or a separate RSU radar (SPYDER-MR, SPYDER-LR), a corresponding number of charging carriers MSV and technical security vehicles FSV and up to six MFU launchers. In the case of the SPYDER-SR system, there are a total of up to 24 anti-aircraft missiles, of which a maximum of 20 can shoot enemy targets. MFU launchers can be located up to 10 km from the CCU itself. It should take less than 15 minutes to fully charge the MFU with new missiles from the charging container.

In the case of the SPYDER-SR and SPYDER-ER systems, the CCU has its own 3D radar EL/M-2106 ATAR (Advanced Tactical Acquisition Radar), which can detect a fighter size target of 70 to 110 km, a helicopter in suspension for 40 km and unmanned resources for 40 to 60 km. The radar allows you to monitor up to 60 targets simultaneously. For variants SPYDER-MR and SPYDER-LR, the battery includes a separate vehicle RSU (CCU in this case does not have its own radar) transporting 3D radar EL/M-2084 MMR (EL/M-2084 MS-MMR).
URL : https://www.valka.cz/ISR-SPYDER-t141452#650858Version : 0
Martin Smíšek MOD a year ago
Prototype of the MFU (Missile Firing Unit) launcher SPYDER-SR system built on the chassis of a Tatra 815-26RR36 22 255 6x6.1R truck. 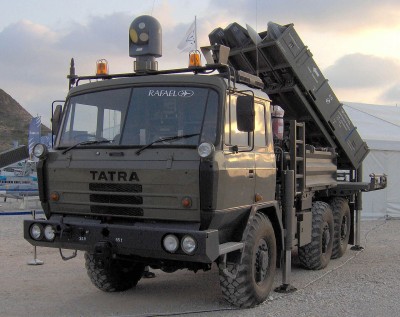 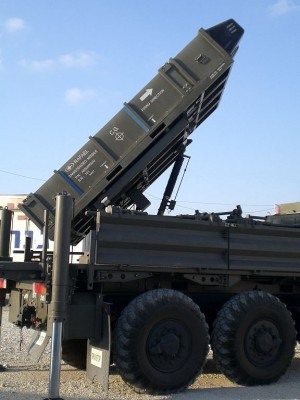 URL : https://www.valka.cz/ISR-SPYDER-t141452#458544Version : 0
buko1 MOD 9 years ago
The first operating user of the SPYDER system (in the SR version) was Georgia, which apparently removed only a single battery with four launchers. The Georgian system is based on Romanian ROMAN trucks. On September 11, 2020, the local Minister of Defense signed an agreement with Rafael to modernize SPYDER-SR operated by the Georgian Armed Forces. 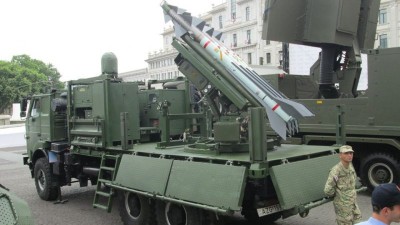 URL : https://www.valka.cz/ISR-SPYDER-t141452#651016Version : 0
Martin Smíšek MOD a year ago
Singapore introduced the SPYDER-SR system into the armament of the Royal Singapore Air Force as a replacement for the British missile device Rapier. SPYDER-SR achieved full operational capability in the Singapore services in July 2018. The carriers are TG MIL trucks manufactured by Rheinmetall MAN Military Vehicles . 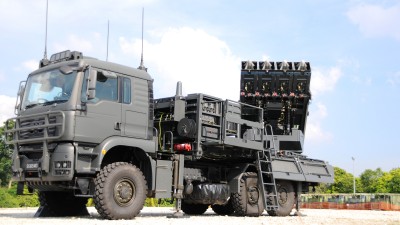 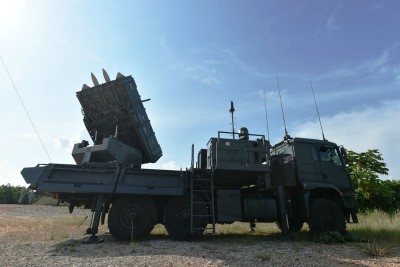 URL : https://www.valka.cz/ISR-SPYDER-t141452#650790Version : 0
Martin Smíšek MOD a year ago
In mid-2005, India sent a request for a new anti-aircraft missile system to Russia, France, South Africa, Switzerland, Israel, Poland and the United Kingdom. After practical tests, an Israeli product was selected as the most suitable candidate to replace the Indian 9K33 Osa-AK. A $ 1 billion contract with Rafael and Israeli Aircraft Industries to supply 18 SPYDER-SR anti-aircraft missile systems to the Indian Air Force was signed on September 1, 2008. In August 2009, the contract was approved by the Defense Acquisition Council ( Council). Although a plan to purchase the Israeli system was announced in 2006, the acquisition process was suspended due to corruption allegations and a subsequent investigation into the acquisition of the anti-aircraft system Barak 8 for the Indian Navy.

SPYDER-SR is designed primarily for air defense of the air bases of the Indian Air Force against Pakistani and Chinese aircraft, helicopters, unmanned aerial vehicles, guided missiles with a flat flight path and other types of "stand-off" air ammunition. Deliveries were originally scheduled to begin three to four years after the contract was signed. However, due to the unavailability of Tatra 815 chassis from the Czech Republic, deliveries were delayed. As a replacement, all elements of the SPYDER-SR system were finally installed on trucks of the Tata LPTA series in 6x6 and 8x8 configurations from the Indian company Tata Motors. The deployment of the first systems in western India therefore began only in 2017. The ordered 18 systems (batteries) were intended for rearmament of nine squadrons of the Israeli Air Force (known units include the 2259th and 2260th Squadrons).

He didn't have to wait too long for his combat premiere. In the morning of February 26, 2019, the SPYDER-SR system shot down a Pakistani unmanned reconnaissance vehicle on an espionage mission in the Abdasa village area of Kachchhu County, Gujarat. The Pakistani plane was shot down by a guided missile Derby. The very next day, an Indian military helicopter was accidentally shot down during a Pakistani air force attack in Kashmir with an SPYDER-SR missile in the Budgham region of Kashmir Mil Mi -17, on board seven people died (six members of the Indian Air Force and one civilian) 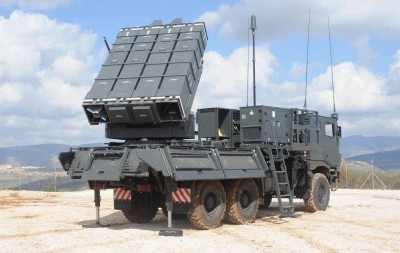 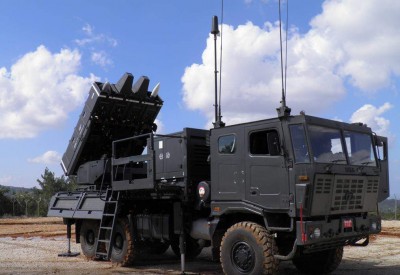 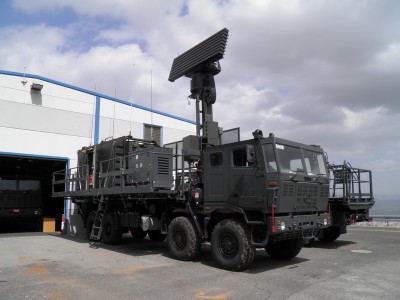 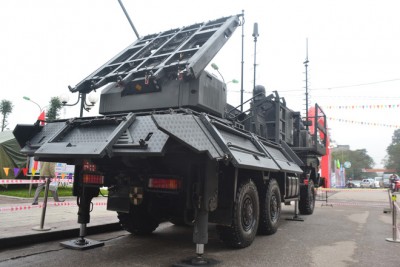 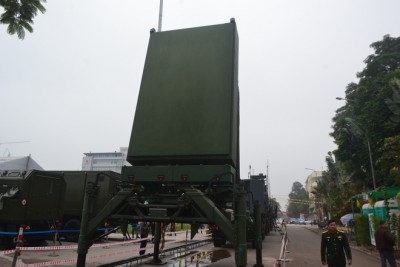 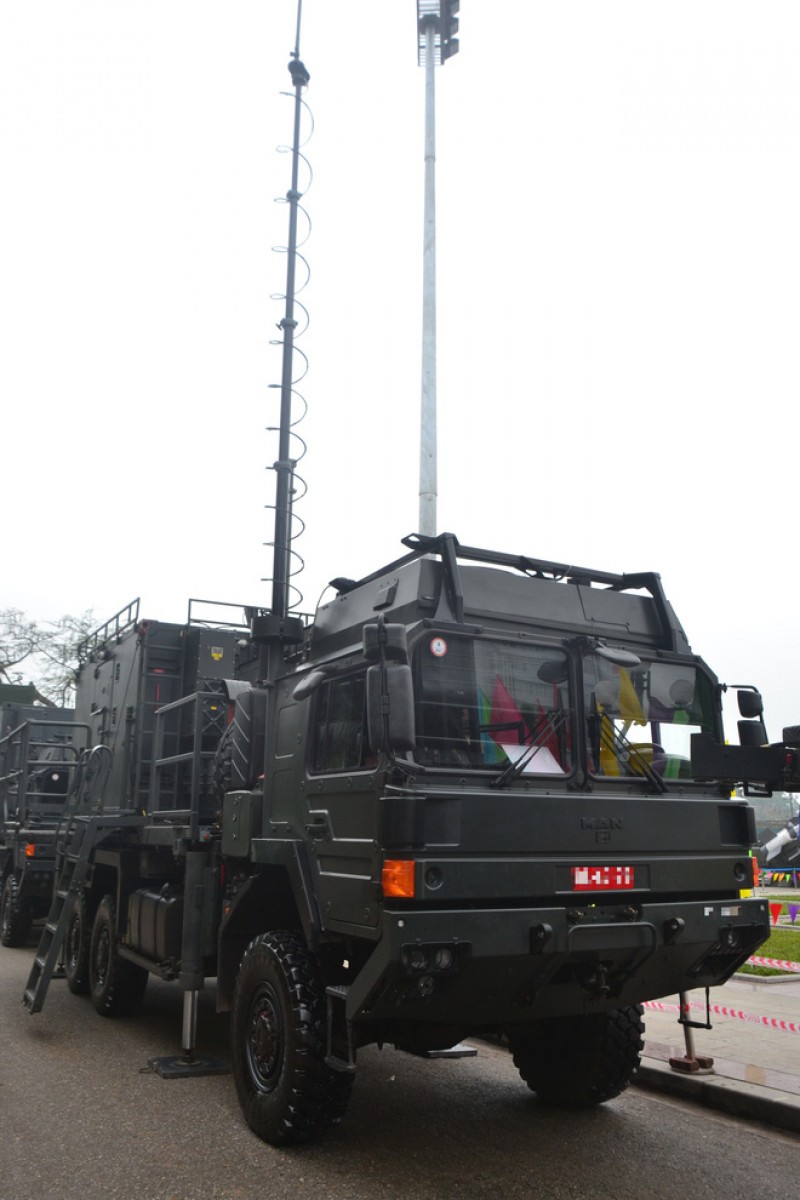 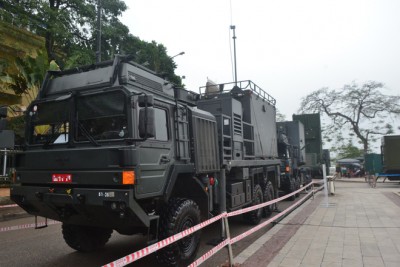 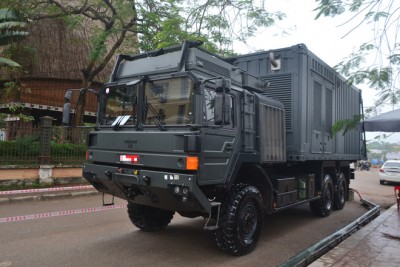 On Friday, September 25, 2020, the Minister of Defense Lubomír Metnar informed the government that the Ministry of Defense of the Czech Republic had decided to initiate negotiations with the Government of the State of Israel on the possibility of acquiring a new modern anti-aircraft missile system for the Czech Army. It is designed to ensure the continuous defense of the airspace of the Czech Republic, especially the protection of troops and urban agglomerations, nuclear power plants, industrial centers, airports and other important facilities.

As part of this acquisition, the military expects to acquire a short-range short-range/medium-range anti-aircraft missile system (SHORAD/MRSAM) with four batteries, each equipped with its own 3D radar, fire command and control system, and four launchers. The contract should include an option to purchase another four batteries. The new missile system in the army's armament will replace the more than 40-year-old anti-aircraft kit 2K12 Kub Soviet design and production.

The Ministry of Defense originally considered extending the life of kits 2K12 Kub to standard 2K12 Kub CZ with the help of integration of anti-aircraft guided missiles ASPIDE 2000. The development project ran from November 2009 to the end of December 2011 and cost 21,786,000 CZK. It included the design of technical modifications to battery combat vehicles (control and guidance radar SURN CZ and launchers 2P25), technical security of the battery and organizational measures necessary for the integration of a new type of missiles. Within the project, a functional model of the launcher was designed and implemented, which verified the integration of ASPIDE 2000 missiles into the original system 2K12 Kub. Although the project met the requirements of the assignment, there was no serial implementation. After a few years, the decision was finally made to introduce a completely new anti-aircraft missile system into the Czech air defense armament.

The basic technical and tactical requirements for the new technology were defined by the following parameters:
1) Firing capabilities:
- fulfillment of SHORAD (MRSAM) category capabilities in the area of long-range and altitude range,
- requirement for radar guidance of anti-aircraft missiles,
- Doppler velocity of shot targets from -400 to 700 m/s,
- number of targets destroyed at the same time: at least 5,
- shooting of airplanes, helicopters, guided missiles with a flat flight path, unmanned aerial vehicles (up to 0,1 m 2 radar reflecting surfaces),
- probability of destruction of the target in the area of effective scope min. 0.8.

Based on market research, consultations with allies, official information for manufacturers (RFI, Request For Information), an industry day and a feasibility study, the military chose the SPYDER anti-aircraft missile system from the Israeli state-owned company Rafael as the most suitable system for its specific conditions and needs. Among the most important factors were the small amount of funds allocated for the acquisition of a new anti-aircraft missile system, which included the US-Norwegian system NASAMS 2 and the Israeli SPYDER among the favorites of choice. It is assumed that the SPYDER system with all available types of anti-aircraft guided missiles would be purchased for the Army of the Czech Republic.

The Ministry of Defense addressed the Government of the State of Israel directly with an offer to negotiate, stating that the public contract with an estimated value of CZK 10 billion including VAT will be implemented through an exemption for defense or security contracts Act No. 134/2016 Coll., on the award of public contracts. This intention was unanimously confirmed by the College of Defense on 9 July 2020.

An important part of the negotiations was the share of Czech industry involved. In short, the Ministry of Defense aims to contractually secure at least 30% of Czech companies' shares in the acquisition and integration of a new weapons system, as well as contractually provide logistical support for the entire life cycle of twenty years or more by an entity based in the Czech Republic.

It was assumed that the conclusion of the agreement at the level of governments of both countries will take place in early 2021, with the supply of a new missile system could be realized from 2023. This plan failed to fulfill due to the raging epidemic COVID-19 and Instead of signing the contract, not only meetings dealing with technical issues on the acquired system (also known as SPYDER CZE) took place between the negotiating team of the Czech Ministry of Defense and Israeli representatives, but also a number of working meetings in the field. ensuring the contractual conditions of industrial cooperation.

On April 12, 2021, preliminary price information from the state of Israel, which amounted to CZK 15 billion, arrived in Prague. At the same time, the estimated price of this contract by the Czech side, which was based on detailed market surveys conducted in 2016 and feasibility information from 2017, was set at CZK 10 billion. From May 3, a meeting with Israeli representatives took place in Prague on the details of the contract. After the end of the negotiations, a final offer should be made.