Pilot To. in To. Luftfahrtruppe, the Czechoslovak military air force and

He was born 17. April 1897 in Týništi nad Orlicí. In 1911 he began to walk to learning to the company Bíbus (grocery store). After an apprenticeship to gave no the electrical industry and joined the company Krizik in Prague. The outbreak of the war had to stand on the position of his brother Karl (he led the family mill in Bystrica, slovakia), which was taken. 15. October, 1914, however, was drafted and assigned to the Infantry regiment 18 in Hradec Králové. After transfer to Česká Lípa at the turn of the years 1914 and 1915 he volunteered to join the air force. He was selected and sent to the presentation to the Pandorfallu in Hungary, to Vienna for a medical examination. After that, he was with the other adepts sent to airborne training, to Grossenhein near Dresden in Germany. Where 1. may 1915 launches training. Flight school Condor –Flugzeugwerke–Grossenhein, the commander of this school was a German Hauptmann Otto Beck. The course lasted until 22. August, 1915, when it is Šimáček sent back to Austria to a Spot 2 to Wiener Neustadt. After that he was sent to Arad, allegedly to Flik 8. The austrian pilot international licence no. 462 was exposed 2. October 1916. He was again sent to Wiener Neustadt, where he trained on the most modern aeroplanes and in march 1917 was sent to the Russian front to Flik 14. Airline company based at the field the airport in Krasnu (between Lvovem and April), the commander was Hauptmann Aladár Tauszing.
Here at the third flight over the front probably shot down a Russian aircraft. For it has won the badge Field of the pilot (according to regulations of posing after 10 years, over enemy territory) and a Small silver medal for bravery from the 26. April 1917. In the summer of 1917 he managed to shoot down a tethered balloon. For which he received a Large silver medal for bravery of 29. July 1917. (She got 15 crowns a month, this rent was paid until the end of life. The end of the monarchy did end with paying out on the annuities. On receiving 120 crowns pilot surcharges – field pilot.) On 10. June 1917 on the bomber flight on Brody at Zlocova was on the airplane Hansa-Brandenburg C.Even the numbers 27.44 shot down by enemy aircraft. Though wounded, he dragged a machine over austro-Hungarian positions and crash-landed. The mechanics for extricating and transporting the aircraft on the airfield, counted 57 hits, of which 3 in the fuel tank. 28. June 1917 he managed to shoot down an enemy bomber FALLOUT WITH.And.4 (12 machines supplied by the French to the russians) on the aircraft Albatros D.II., either the numbers 53.03 or 53.07 with the inscription ELLA on the orientation wheel. 28. July 1917 just very, very lucky he escaped to the Russian air ace, colonel And. And. Kazakov.
After the conclusion of the Brest–Lithuanian peace 3. in march 1918 he flew the mail between Lvovem and Odessa. To do this by incorporating if it was in the flight crew compartment instead of purchased foods – and live.
In April 1918 he was transferred to Flik 13 to Albania. Field the airport was placed in the Kuwaji in the fortress of Durazzo. Here he flew over the sea.
The end of the war was at Wiener Neustadt. From there by train to Vienna and to Prague. Where 12. November 1918 he joined the Aviation corps. Here he worked as a teacher of flying, but for lack of aircraft too fly.
In April 1919 he was with the other pilots sent to the aviation school at Pau in France (commander of the aviation school Capitaine Simon), where it was presented from 23. April 1919. Air trapeze school, he graduated as the best and 3. June 1919 he received a certificate of proficiency of a fighter pilot.
He returned to Czechoslovakia in Kbely once again to the profession of the teacher flying.
On the day of 20. August 1920 was sent on unpaid study trip to the USA. Where he arrived the 7th. September 1920 the ship to New York. Had here again a military aviation course, where you took a fancy to the Fokker D.VII. Extend your stay in the U.S. for one year. Started with the pilot Břetislavem Plischkem (Austro–Hungarian aviator) aviation company, bought the Curtiss Jenny OX5. And flew sightseeing, photography and advertising flights over New York city and the surrounding area.
In the year 1923, received u.s. pilot's license number 6030 (6. July 1923). Attended evening school, and in 1932 he returned back to Czechoslovakia in a time of economic crisis. But he was disappointed, the army about him did not show interest, work couldn't get. So he went back to the US. Acquired here after the return of citizenship. Worked for the Museum of modern art, which was later merged with the Metropolitan museum.
At the time of the second world war he flew in the Civil Air Patrol. His son served in the US Navy.
Rudolf Šimáček died 6. June 1992. 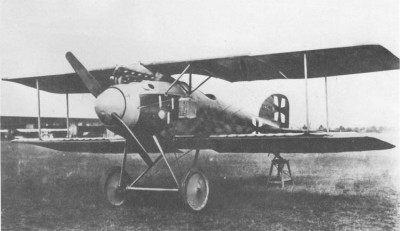 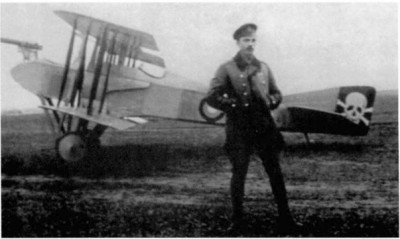 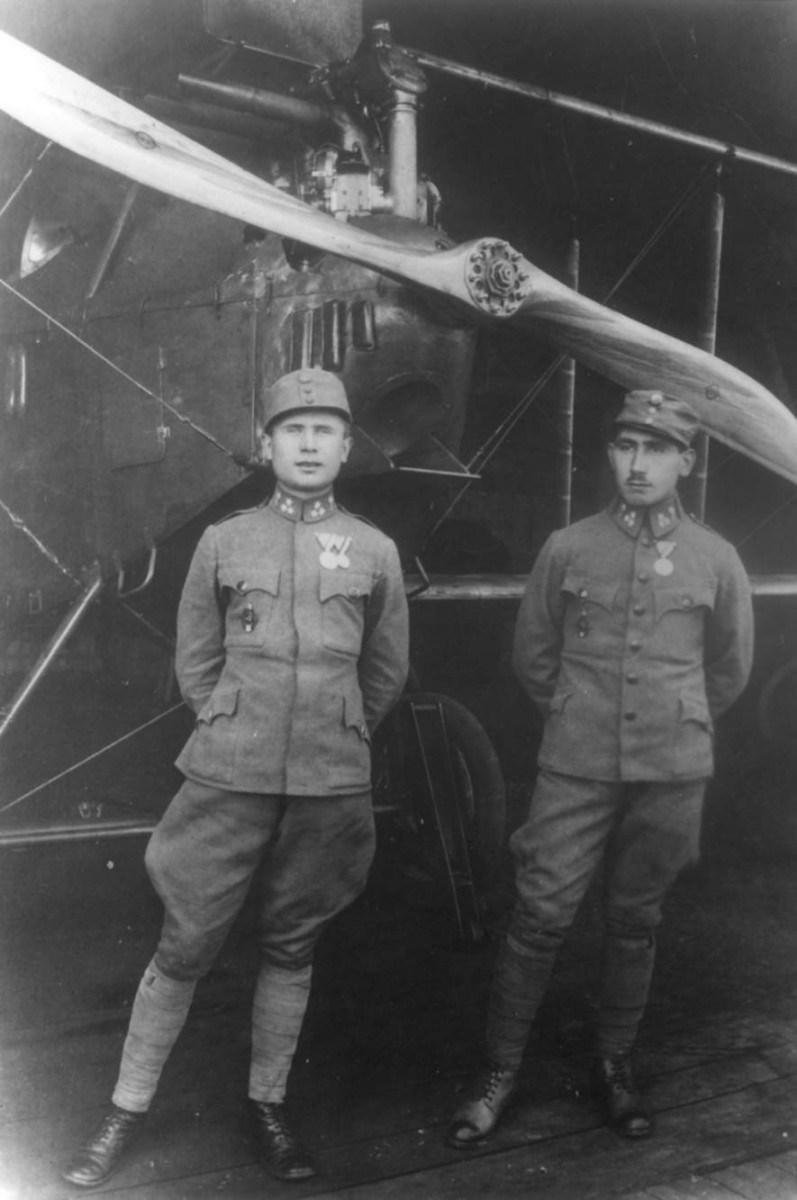 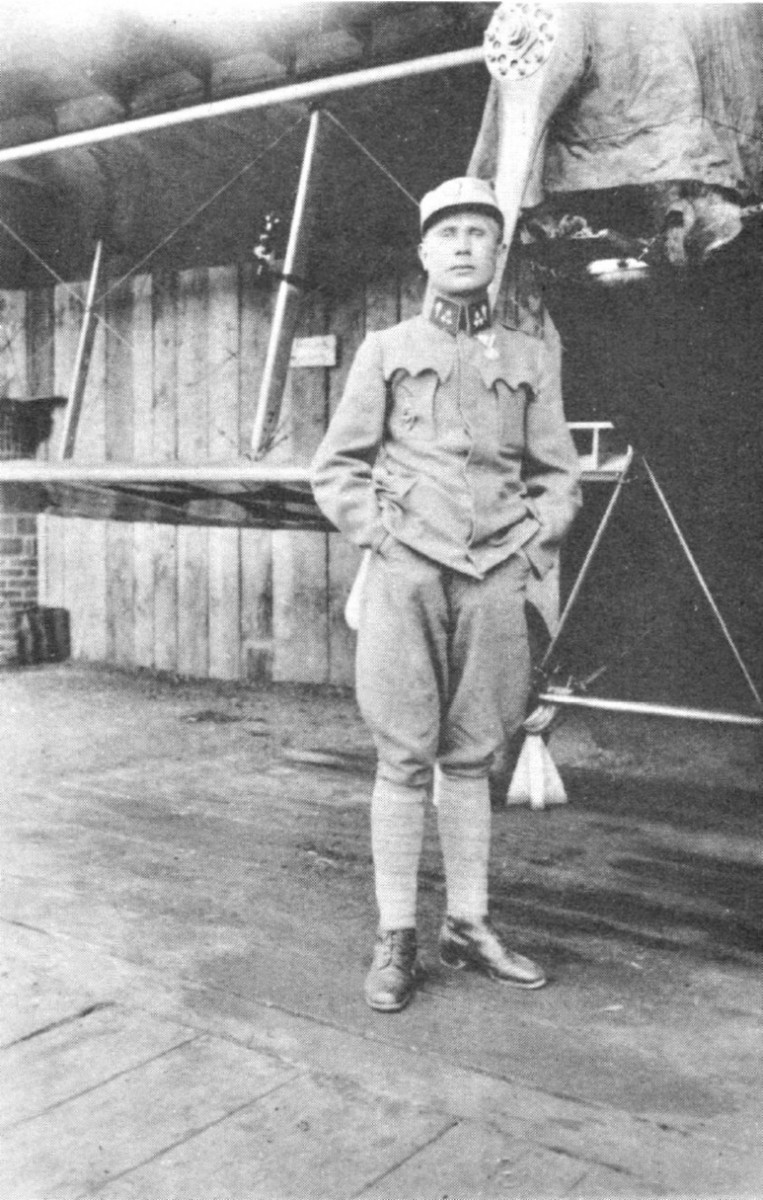 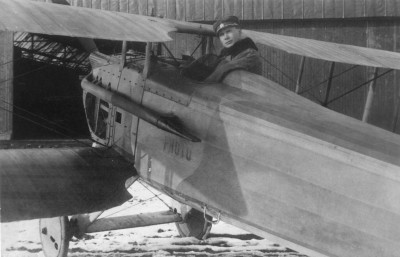 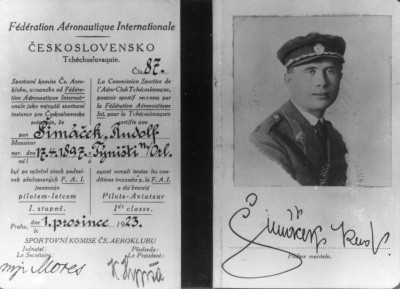 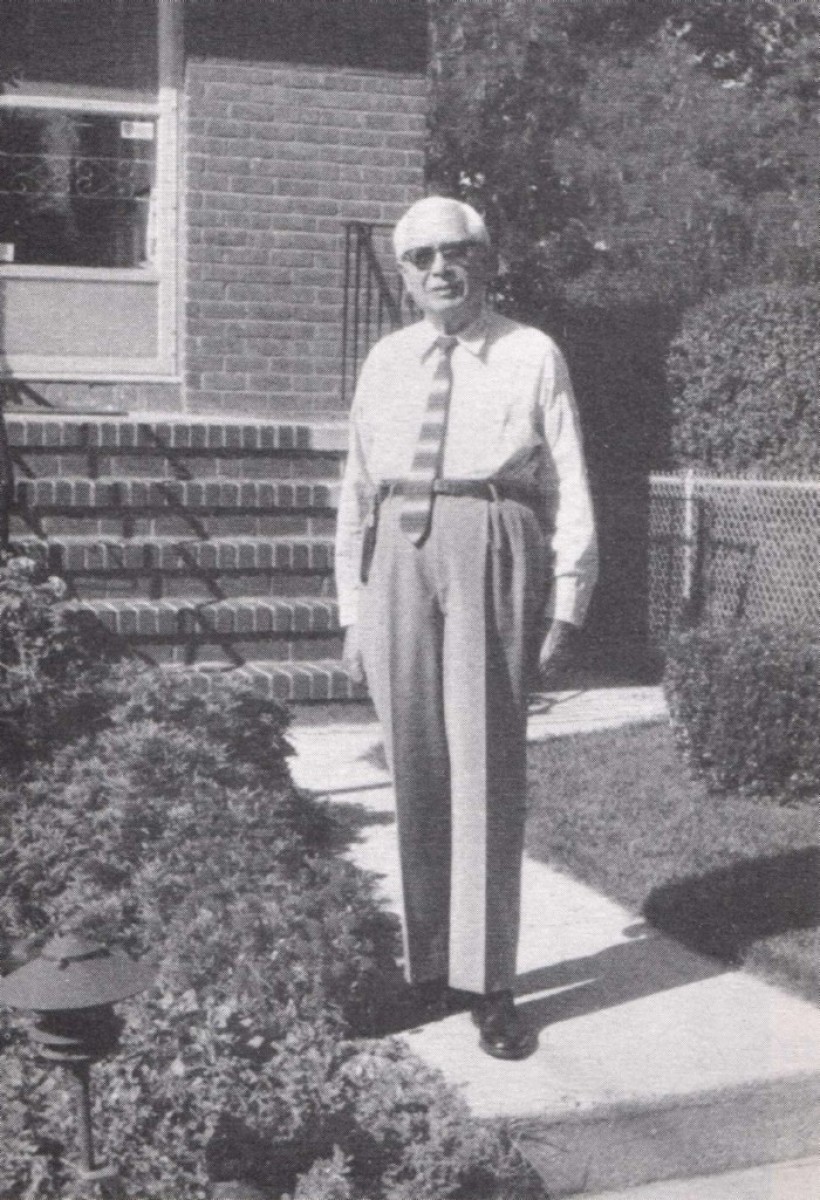