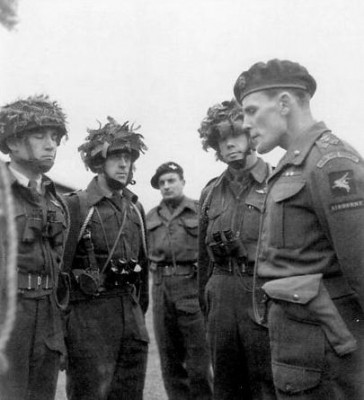 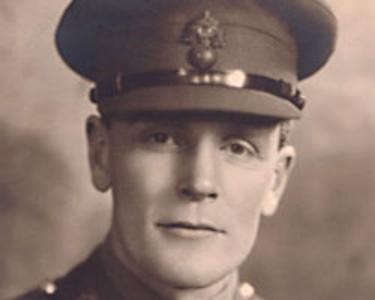 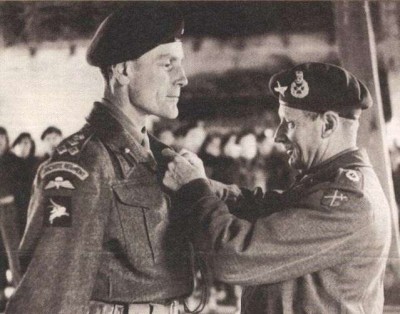 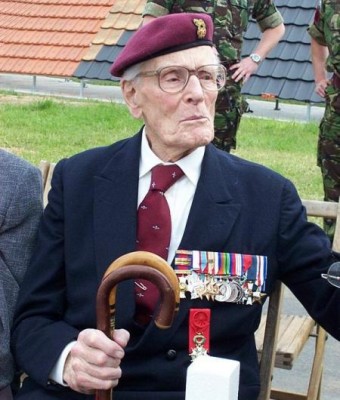 URL : https://www.valka.cz/Hill-Stanley-James-Ledger-t168062#504432Version : 0
wlasto MOD 7 years ago
He was born on March 14, 1911 in the city of Bath and as a young man attended Marlborough College, where he was also the head of the Officer's Training Corps of the local school. He then studied Royal Military College in Sandhurst ; where he is awarded the Sword of Honor for his studies.

In 1931 he joined the army and was assigned to the Royal Physics Regiment ( Royal Fusiliers ). In 1936 he was transferred to a supplementary reserve and spent 3 years working on a family business with transport ships.

In September 1939, he was again called this time to the 2nd Battalion of the Royal Physics Regiment, and he commanded this for several months. Together with the unit, he takes part in the fighting in France, where he then commands a platoon for some time? Which is deployed on the Maginot Line. In January 1941 he became captain. When the Battle of France begins in May 1940, he is assigned to Lord Gort's headquarters and during this time plans to evacuate Brussels, evacuate from La Panne beach, and leave France aboard the last vessel leaving Dunkirk. He earned MC for his performance in the campaign.

After returning to England, he is appointed major and plans to evacuate British citizens from Dublin in case the enemy lands here.

Subsequently, he volunteered for the Parachute Regiment and performed parachute training, and when the 1st Battalion was formed, he is the deputy commander of this unit.

Later in the same year he became commander of the 1st Battalion, with which he performs a parachute in Souk El Arba, deep behind enemy lines in Tunisia. The task of the unit was to secure the plain so that it could be landed and then occupy the village of Beja, which was a transport hub about 70 km northeast. The occupation was successful and when the Germans found out that the city was occupied by the British, they started bombing.

Subsequently, mixed German-Italian forces were stationed in the Gue area, Hill decided to carry out a night attack, but a grenade explosion in one of the engineers caused the moment of surprise to be lost and also caused losses.

2 companies carried out an immediate attack while Hill, together with a small group, approached 3 light tanks, pushed the barrel of the pistol into the observation window at the first tank and fired the entire magazine inside the tank. The Italian tank crew immediately surrendered and in the second tank did the same with the same result.

However, he was not successful with 3 tanks manned by the Germans, as the crew immediately responded with small arms fire and grenades, while Hill was hit by 3 bullets in the chest.

For this bold and great event, Hill was decorated with his first DSO, as I received the French award Légion d'Honneur .
After returning to England in December, he changed the 10th Battalion of the Essex Regiment to the 9th Parachute Battalion.

In April of the following year, he took command of the 3rd Parachute Brigade, consisting of the 8th and 9th Battalions and the 1st Canadian Parachute Battalion. Together with this unit, he participates in the landings in Normandy.

The unit under his command has the task of destroying the battery in Merville and destroying the bridge over the river Dives to prevent the inflow enemy reinforcements from the east. However, the action started badly, as many markers for airborne zones were lost, many aircraft were hit al. had a technical problem. Holl lands near the river Dives, near Cabourg about 5km from the landing zone and it took him some time to get san and designated place. The whole zone was interwoven with irrigation canals in which many of his men fell in with their equipment.

Several of the 9 men were close by.parachute battalion bombed by the Allied air force, with 17 men killed. Holl himself was wounded, but after the morphine was reported to the commander of the division fulfillment of the target and that the battery Merville was occupied after heavy fighting and the brigade fulfilled its role.

Hill was immediately underwent surgery and refuses to evacuate and locates his staff at Le Mesnil. Under his command, 3 weak parachute battalions hold the strategic point of Chateau St Côme on the outskirts of Troarn and repel the attacks of the German 346. division .

June 10, 1944, his command is subordinate to the 5th Battalion Black Watch, this will happen two days after the 9th Battalion urgently requests reinforcements.

The 12th Parachute Battalion occupies Bréville, which was defended 346. division and was its starting point for attacks on the coast. Hill village also defended the heavy loss and for its defensive victory is awarded a bar to DSO .

The 3rd Parachute Battalion returns to England in September, but after 3 months is again fighting at the river Meuse.

In March 1945, he commanded the Hill Brigade as part of Operation Varsity, which was to ensure the crossing of the Rhine and subsequently pursue the enemy towards the Baltic.

During this period, Hill is injured again 3 times and is awarded the second bar for DSO as well as Silver Star .

In May, he is appointed as military governor Copenhagen and is granted King Haakon VII's Cross of Freedom. He commands the 1st Parachute Brigade for retiring in July as Brigadier .

He commands this until next year. After that he held various management positions in the civil sector among others in 1972-1979 he was the director of Lloyds Bank.

He spent his last years in Chichester. 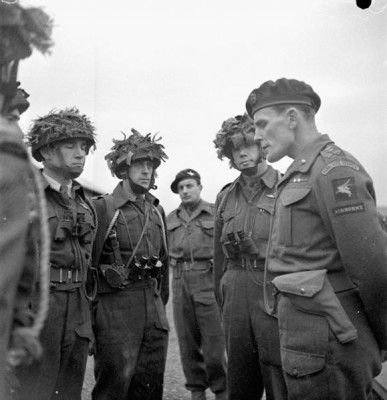 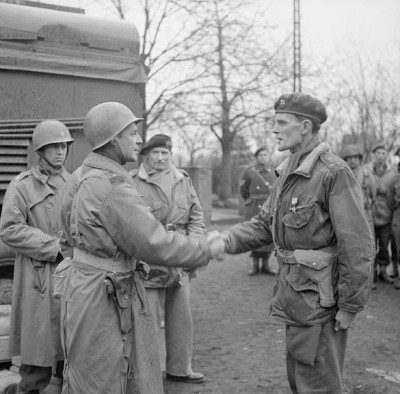