The Sperwer unmanned reconnaissance system ( Spehr-wuhr, in Slovak Krahulec) was developed on the basis of an order from the Royal Netherlands Army as a successor to SAGEM Crécerelle. Compared to its predecessor, the Sperwer had to provide a higher range, longer endurance and higher load capacity. The development was completed in the late 90s of the 20th century and the device was subsequently introduced into the armament of the Dutch army.

The Sperwer system is modular. The basic unit consists of three unmanned Sperwer vehicles, a ground control station (GCS), a mobile pneumatic ejection device, a mobile ground data terminal and mechanical means for transporting and handling unmanned vehicles. The ground control station is capable of simultaneously controlling 2 flying devices and at the same time allows these devices to be taken over and handed over during the flight.

The unmanned vehicle can operate either according to a pre-programmed flight path or is manually controlled. The sensors are able to automatically track the intended target even during maneuvering of the device. Sperwer obtains the necessary information from heights of 300 to 4500 m for a maximum of 6 hours and transmits it in real time. Max. the range of video signal transmission is 30 km (version Mk.II) and telemetry 50 km. The data terminal receiving information from the flying means enables the transmission of the obtained information by the superior stage up to a distance of 200 km.

The sensors are gyroscopically stabilized electro-optical and infrared systems and a high-resolution video camera. Navigation is provided by an inertial navigation system and a NAVSTAR/GPS terminal.

The vehicle is discharged by means of a pneumatic discharge device, which gives the device the required take-off speed. The drainage device can be installed on various chassis according to the user's wishes - in practice, Renault Renault vehicles (French Army), DAF YF-4442 (Dutch Army), resp. HLVW platform (Canada).
The landing is secured by a parachute (area 117 m2) and airbags under the fuselage (in front to protect the retractable dome with a video camera) and each wing. A two-axle trolley is used for handling the vehicle during pre-flight preparation and for carrying it to the starting ramp (or placing it on the vehicle) by crane. The whole system can be transported using a pair of transport aircraft type C-130 (and compatible).

In 2001, based on French requirements, the development of a version with greater load capacity and endurance and the ability to carry armament under the designation Sperwer B began. variant Mk. II with the new optoelectronic system Euroflir 350.

Netherlands
A total of 34 unmanned aerial vehicles were purchased for the Royal Dutch Air Force. The drain device was placed on the chassis DAF YPS-4442. The device was decommissioned in 2009.

Canada
In August 2003, Canada received the first 2 Sperwer systems modified according to the requirements of the Canadian Army (a total of 6 unmanned aerial vehicles s. No. 161001-161006) and designated as CU-161 Sperwer.The Canadian Armed Forces located a launch facility on the HLVW platform, and in the same year, ISAF funds were deployed in Afghanistan. In April 2004, another 2 unmanned aerial vehicles (161007 and 161008) were ordered and delivered during the year (and No. 161008 was already destroyed in Afghanistan on November 22, 2004). In December 2005, a third delivery of Sperwers was ordered (5 pieces, No. 161009-161013), while production was already taking place in Canada at Oerlikon-Contraves Canada, and individual machines were delivered to the army in 2006. In the same year, 18 pieces were delivered. decommissioned from the Danish armament (s.č. 161014-161031). Until 2009 (the last flight on April 18, 2009), the Canadian Sperwers were deployed in combat in Afghanistan and were subsequently replaced in armaments by Israeli drones Heron.

Denmark
Purchased and manufactured drones were decommissioned and sold to Canada in 2005 due to lack of funds (18 in total). The necessary adjustments to the Canadian standards were made by the Sagem company.

France
The first Sperwers were included in the French armament in 2003 (under the SDTI program - System de Drone Tactique Intermediare), where they replaced the older Sagem Crécerelle systems. Reanult Kerax three-axle trucks are used as the carrier of the discharge device. France has deployed the Sperwer system in combat in Afghanistan since 2008, losing 12 UAVs by the end of 2012.

URL CZ: https://www.valka.cz/SAGEM-Sperwer-A-t170574#509510Verze : 6
URL EN: https://www.armedconflicts.com/Sperwer-A-t170574#509510Version : 0
buko1 MOD 7 years ago
Canadian CU-161 (Sperwer A) with a transport and handling vehicle when deployed in the ISAF mission in Kandahár after a successful landing, start of the French machine and transport of the vehicle on a handling truck.

Photos of the device from the Dutch armament are on this link: www.primeportal.net (I did not contact the author, so I prefer not to put photos here). 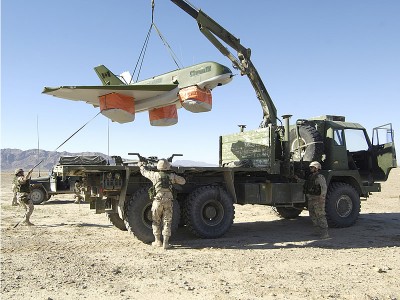 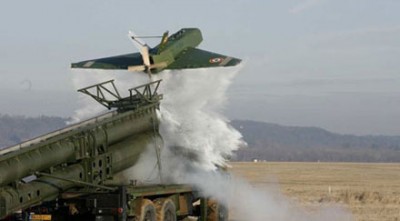 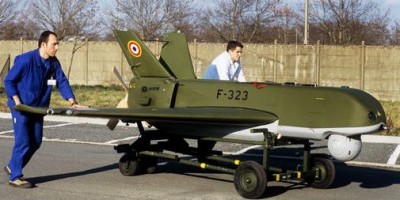