URL : https://www.valka.cz/CZK-AH-IV-R-t18132#519257Version : 0
brano MOD 7 years ago
This lightweight tank (sometimes referred to as the tank) was in the FAQ as per the requirements of the Romanian army on a light tank for cavalry. Adjustments to the factory of the car according to the requirements of Romanians have been made on the basis of the requirement of 1.4 1936, and the company subsequently, in August received an order for 35 units, the factory designation was AH-IVR (R, meant Romanian). Compared to the original machine has been removed command kopulka on the top of the tower and attenuated armour from 15mm to a maximum of 12 mm. Also the original engine Praga about 60pcs was replaced by a weaker motor of the same type (performance of 50pcs). Armament of two machine guns were retained. All of this is the weight of the already light vehicle decreased by more than half a ton. This will reduce the tyre wear of the vehicle and extend the range to 160 km. Cars marked in Romania R-1 were included in the mechanized reconnaissance eskadron equestrian brigades. Brigade 5., 6. and 8. got 6 pieces, brigade 1., 7. and 9. got each for 4 pieces. The remaining 5 machines were in the reserve and to provide for the training. In the years 1941-42, the machines were given to the fighting in the framework of the driving force (5., 6. and 8. brigade) on the territory of Ukraine and the Caucasus. Fought also in Odessa. After the disaster at Stalingrad were the remaining machines removed from active service and used for training..
URL : https://www.valka.cz/CZK-AH-IV-R-t18132#66609Version : 0
bitaxe 17 years ago
Let me add a few details about the export tower tankette company FAQ:

1/
The said type AH-IV-R design came out from the serial of the export of the combat vehicle AH-IV-P (Persian, Iranian). In the ghost archive VHJ CKD Praha was stored in a cardboard 250, when the folder 1103, drawing with the designation of "Carul de fighting for R1". Although given did not match the prototype nor the later series of Romanian tančíků was with the following technical description equipped with data on the deployment of homogeneous and cementovaných armoured metal plates of thicknesses: 5, 6, 8, 10 and 12 mm. The use of older versions of drawings that did not fully correspond to the appearance and the technical data later produced by vehicles, was not in conflict with the business policy of the FAQ and his design office SPE.

2/
The above weight corresponds to the term "nominal", which in this case was about 400 kg less than the fighting.

If the foreign materials cited lower performance, it is probably the local Romanian adjustment in order to save fuel.

5/
Tankette AH-IV-R (R-1) were the company FAQ offered as the first in the export, with a semiautomatic transmission system of the Praga-Wilson.

6/
Is known one machine with the commander's observation dome. Supposedly it is a product of the Romanian company Malaxa, assembled from spare parts. Gentlemen Victor Nita and Dragos Pusca about this machine says that is supposed to be a prototype of local license production. His photo can be found on the Romanian server: www.worldwar2.ro 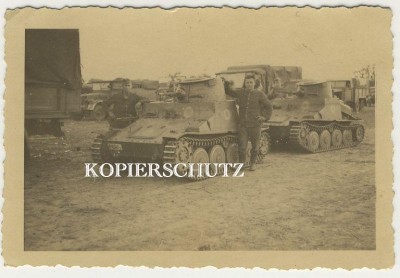 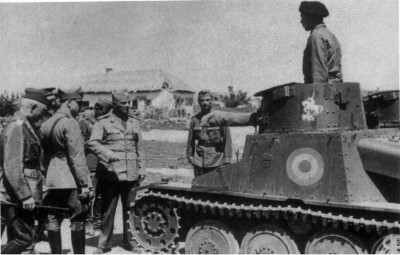 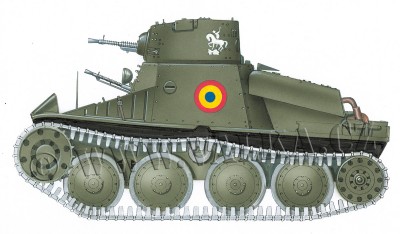