Revúca was a town where the first Slovak grammar school was founded in 1862 and since then it has lived a lively national life. Viest's family belonged to those that played a large part in the cultivation of national culture and Slovak national consciousness even at a time of strong Hungarianization.

As the living conditions of the Viestovs significantly deteriorated after the death of their father, later the whole family moved to Budapest, where Rudolf's brother Ivan studied and where he had some contacts. It was the only way to provide study for others.

Rudolf Viest got to Budapest, where he graduated from the Higher Industrial School and after a short job he was called as a volunteer on October 1, 1911 to one year of military service, which he served in the 7th Infantry Regiment in Graz.

On August 1, 1914, after the declaration of general mobilization, he began military service with the 5th Infantry Regiment and as a platoon commander went with him to the front. On November 24, 1914, he was captured in Cracow as a soldier of the Austro-Hungarian army, and in August 1915, immediately after his recovery, he enlisted in the Serbian army to fight at the front. In this context, a special chapter in his life was the formation of Czechoslovak military units in Russia, where he was later on his own application translated. He himself participated together with others in the organization of Czechoslovakia. troops in Russia. In 1920, after various hardships, he returned to his homeland.

The emerging Czechoslovakia meant another turning point in his life. On January 1, 1921, he was accepted into the Czechoslovak army as a professional officer. He served in the army as an officer and later held important positions in the General Staff.

Mobilization in September 1938 caught gen. Viesta in Košice, where from 1 December 1937 he was the deputy commander of VI. choir. The news of the Munich dictatorship caught him on September 30, 1938, when, on the basis of an order, he moved through České Budějovice to Soběslav, where the headquarters of his corps was later determined. Even then, he himself understood that the political situation in Europe is not good and also that for Hitler's Germany Munich and Czechoslovakia only at the beginning of a larger aggression leading to war.

After these unhappy months, the declaration of an independent Slovak state in 1939 was another heavy blow for General Viest. Even before the meeting of the Slovak Parliament on March 14, 1939, together with Janko Jesenský, Jozef Gregor Tajovský and other Czechoslovak legionaries, he drew up a memorandum for the parliament in which he protested against the way the independent state was declared, although he knew he could no longer influence development.

He was later appointed to the position of Inspector General of the Slovak Army directly at the MNO, although he knew that it would be a formal function only. Immediately after the break-up of the Czechoslovak Republic, he was preparing to go abroad, where he intended to take an active part in the resistance. At the end of August 1939 he went on a business trip to Hungary, from which he never returned and through Yugoslavia he got to France.

Later, although the Military Court in Bratislava sentenced him to death for desertion, he personally participated in the formation of Czechoslovakia. military units in France. After the defeat of France, our troops were gradually moved to Great Britain, and in London Viest contacted dr. Beneš. Later was Czechoslovak government headed by dr. Beneš recognized as a regular part of resistance actions. The event that significantly contributed to this was the invasion of the USSR by Germany in June 1941. Shortly afterwards, Great Britain came up with an offer to create states of a broad anti-fascist coalition, which accelerated as the only possible variant of the fight against fascism.

From that moment on, Beneš was again able to serve as president. In such a situation, Viest participated in the organization of troops in Great Britain. He closely monitored the situation on the fronts of World War II and wrote his own diary about these events.

The beginning of the Slovak National Uprising caught him in Moscow, where he flew from London in the second half of August 1944 with a Czechoslovak government delegation. After the formation of the 1st Czechoslovak Army in Slovakia, he was appointed its commander on the basis of a decision of President Beneš and on the proposal of the Minister of National Defense of 6 September 1944. He was overactive in the rebel territory to stop the advance of enemy troops into his homeland, but the situation did not develop favorably. After the occupation of Banská Bystrica by German troops on October 27, 1944, the insurgent command withdrew to Donovaly. Crossing the slopes of mountain massifs and nooks was not easy. Finally, Viest together with Golian came to the village Pohronský Bukovec on November 2, 1944, after examining the situation, where they wanted to relax. At that time, they had no idea that the whole area was well mapped in advance and perfectly surrounded by the Germans.

On November 3, 1944, they were captured by German troops and taken from the village first to Banská Bystrica and then to Bratislava, where they were personally interrogated by the commander-in-chief of the German occupation forces in Slovakia, Gruppenführer SS H. Höffle. Even in these difficult situations, both generals behaved bravely. During interrogations, they often repeated that they believed in the defeat of fascism. They were later transferred to Berlin to the Reich Central Security Office and sentenced to death shortly thereafter. The place of their disposal is not yet known.

(Title edited by RoBoT)
URL CZ: https://www.valka.cz/Viest-Rudolf-t1861#6990Verze : 3
URL EN: https://www.armedconflicts.com/Viest-Rudolf-t1861#6990Version : 0
Roland 17 years ago
gene. Rudolf Viest and his memorial plaque in Košice on the Peace Marathon Square No. 1 with the text: "UNTIL 1938, THE COMMANDER OF THE 1ST CZECHOSLOVAK ARMY, HERO OF THE SNP, ARM. GEN. Author: akad. sculptor Frano Gibala 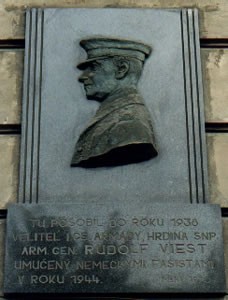 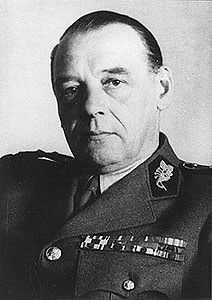 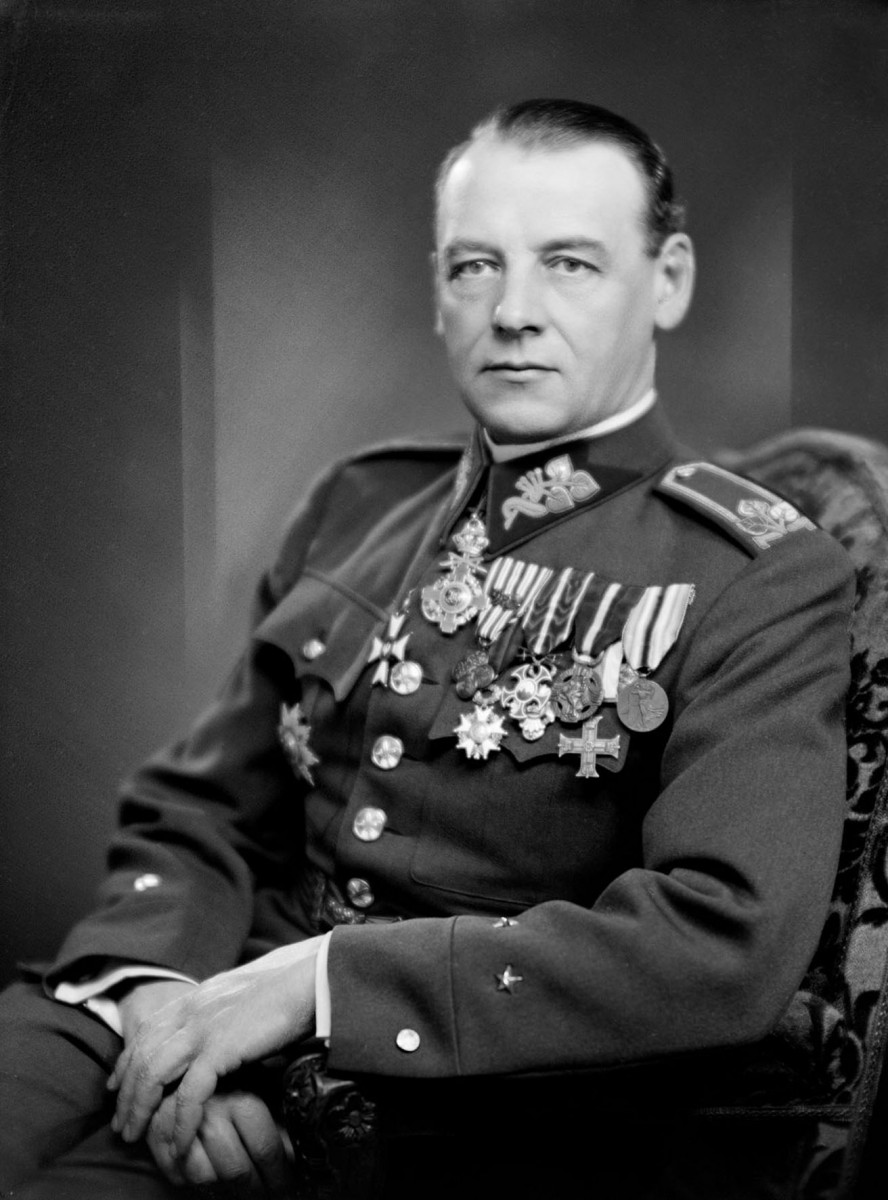 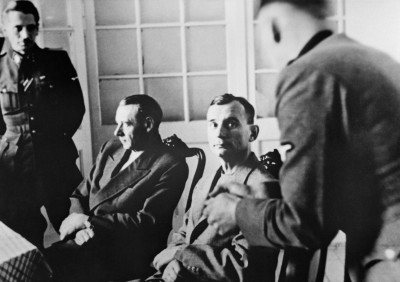