FOG-2 (FOG - фугасный огнемёт, incendiary fugas) is based on the construction of the FOG-1 firecracker and is its further development.

FOG-2 fireworks were designed to destroy manpower and enemy tanks. They were hidden in the terrain or within the built engineer barriers and were activated after approaching the enemy to a suitable distance (either remotely or using a booby-trapped system). The fire machine was single-shot, with a flame height of 100-110 m.

It was structurally formed by a pressure bottle with double walls on which a projectile pipe was placed, terminated by a pressure relief valve. In one part there was the ignitable mixture itself, the other part was formed by the projectile pyrotechnic composition, which after activation created the necessary pressure for the discharge of the incendiary component. Ignition of the pyrotechnic composition was provided by a lighter, which could be initiated either electrically or mechanically. When sufficient pressure was reached, the pressure relief valve was opened and the ignition mixture was forced out by the gas pressure and ignited at the same time.

During World War II, the USSR produced more than 15,000 pieces of these fireworks, which were primarily used by special fireworks units - initially separate fireworks companies ( оддельные роты фугасных огнеметов, 3 x platoon, 3 x team in each), which had a total of 180 FOG fireworks in the set. From December 1941 to April 1942, 93 of these separate companies were created.

Separate battalions were included in the composition of all-army armies and rifle corps. As a rule, they were deployed as a whole and complemented the activities of infantry and artillery. One battalion was able to build a defensive position 3-3.5 km wide with a depth of 400 to 800 m. 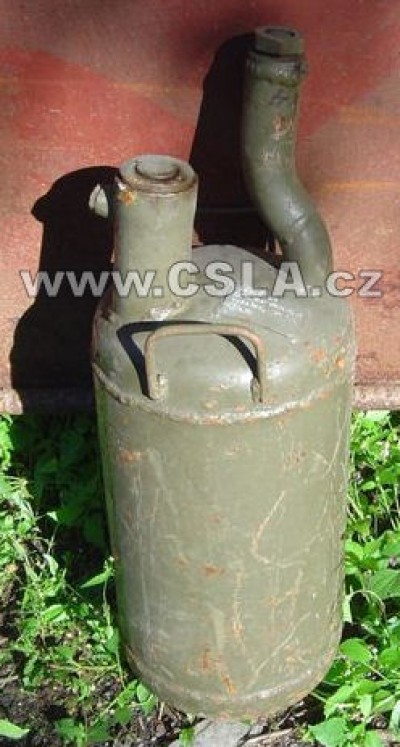