The first atv Outlander MAX 800 established in the resort the Ministry of defence of the CZECH republic appeared in the arsenal of the Department of special operations of the Military police. In his state have been introduced due to the upcoming deployment on the territory of Afghanistan in the province of Helmand, which began in may 2007. Outlander MAX 800 was selected after comparison with the competitive four-wheeler from the american company Polaris.

Before combat deployment were on the machines performed minor adjustments on the wiring for the possibility of masking and the involvement of the IR lights. Adjusted were load-bearing and protective frames to the back frame, it was possible to install lafetu with a grenade launcher AGS-17. Quads in Afghanistan were used to perform exploratory actions to quickly supply the forward positions. The main tasks included the exploration of the routes and the protection of convoys from remote-controlled nástražnými explosive systems, a separate action sniping and rapid fire drains enemy positions. During the deployment of the machines were being adapted in particular as regards the possibility of the transport of the material and its consolidation. After the end of the performance of the operational task ÚSpO VP in Afghanistan (November 2008) and download units with the material back to the Czech republic (until the end of February 2009) were on quads adjustments, consisting of exchanges of the load-bearing parts of the frames for the steel, because the original aluminum cracking due to excessive loading. The machines have also been installed front simple gears for machine guns, the MK 46 MINIMI caliber 5.56 mm. 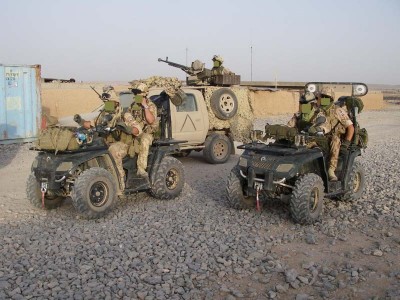 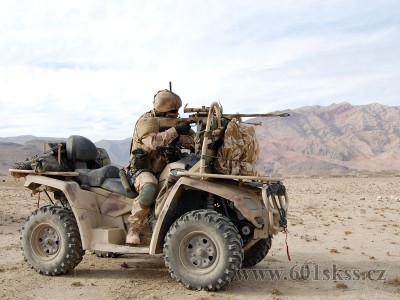 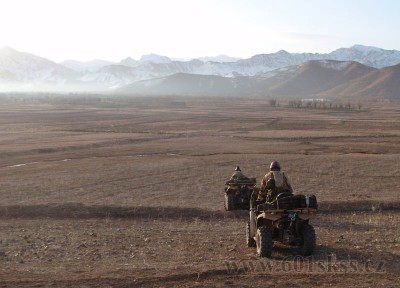 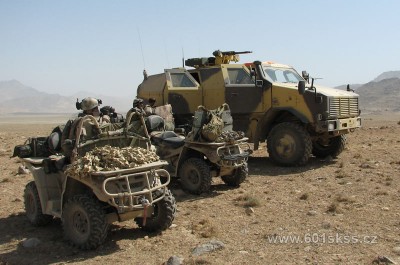 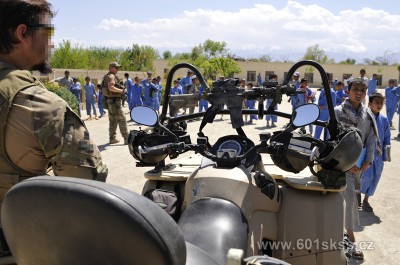 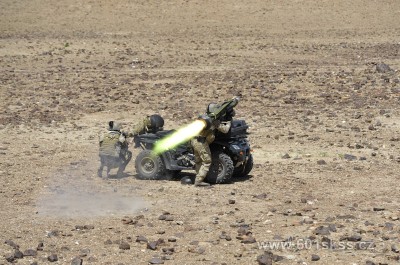 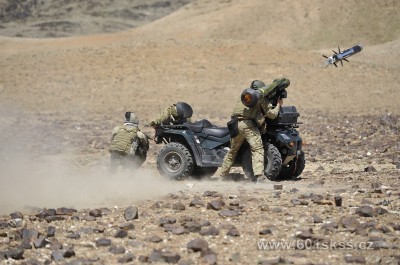